While other 16 year olds are sweating over their driver’s license exam, Athens’ Mindy Braasch is concerned with other things, like checking the number of YouTube hits on her first music video, putting together her first tour and launching her debut album, Voices.

Since last spring, the Athens High School senior has been recording an album of self-penned songs at the Media Design House studio near Coolville, owned by her producer Chris Weibel. For Braasch, Voices is the culmination of two years’ work.

“It took me about a year and a half to write the songs on this album,” she said. “The experience has been transformative. I’ve learned so much about the recording process.”

Brassch has been writing and playing music for most of her life. In addition to playing piano for 11 years, she has studied voice for five years and has been writing songs for the past four years. She is a classically-trained pianist, but her songwriting skills are mostly self-taught.

“Mindy was originally referred to me by her vocal teacher,” said Weibel. “It was strikingly obvious that this young lady had amazing talent, creativity and insight.”

Once the pair convened at Media Design House, Braasch received an education in Studio Craft 101.

“As we started working together, I learned that Mindy is one of the hardest working musicians I have ever encountered,” said Weibel. “She dove right in and learned very quickly the multiple tasks and challenges of recording a professional music album.”

It also included performing and recording with high-caliber session musicians from the Athens area.

“One great thing about living in this area is that we are blessed with an abundance of top-notch musicians right in our own backyard, so selecting the musicians for the project was an easy task,” said Weibel.

Weibel recruited bassist Sam Hudnell and guitarists Josh Antonuccio and Harold Stockwell for the album, as well as pianist Otis Crockran and Nashville drummer Mike Radcliffe. Weibel himself added some B3 organ, and Braasch handled piano in addition to lead and background vocals.

“I have had the pleasure of working with all these great musicians for years, but Mindy was getting to hear them for the first time,” said Weibel. “It was so much fun watching her as the songs developed and changed with each addition.” 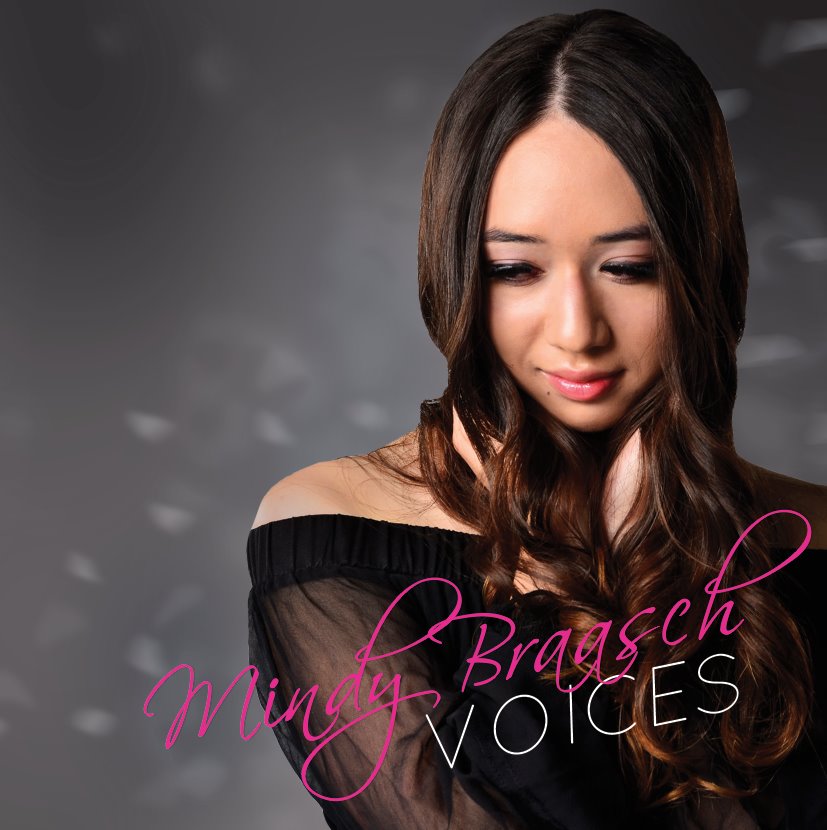 Once the tracks neared completion, Braasch turned her attention to another task: shooting a music video for her debut single, “Lies.”

“Shooting the music video was one of the best experiences of my life,” said Braasch. “I enjoyed it immensely and learned a lot about the process. Every scene requires an enormous amount of preparation before they are ready to shoot; lighting is critical, makeup takes a long time and every scene needs to be shot over and over and over again at multiple angles.”

The shoot took place in Athens County, so local residents should have fun spotting the different locales in the video.

“We decided to utilize the settings in Athens, so Jon Ward (Johnny Grand Films and Media, Nashville) brought a film crew up to Athens for two days to shoot the video,” she said.

With the album completed and the video on YouTube, Braasch is tackling the next challenge in her nascent musical career: getting people to listen. Weibel is ready to help.

“As Mindy’s producer, it is my job to oversee every aspect of her career, including marketing the album,” he said.

“The pop music industry in the last decade has changed significantly as to how an album is released, promoted and purchased. The internet and social media have changed the landscape forever for the way we consume music,” he continued.

“This makes it easier for the average musician to try to promote their music, but also makes it more difficult for a truly gifted songwriter to stand out in the worldwide crowd. The attention Mindy has gotten so far tells me that people are distinguishing her as a rare talent.”

Braasch is ready for the challenge.

“I’m working towards putting together a tour to promote my album. I’m also currently writing songs for the next album. I love every aspect of the business; writing and recording songs, doing music videos and performing in concert. I want to spend my life as a singer-songwriter.”

Voices will be available in December via Braasch’s website and the online distributor CD Baby. The album will also be available on iTunes around Christmas time. A CD release party/performance is being planned for mid-December at Donkey Coffee.