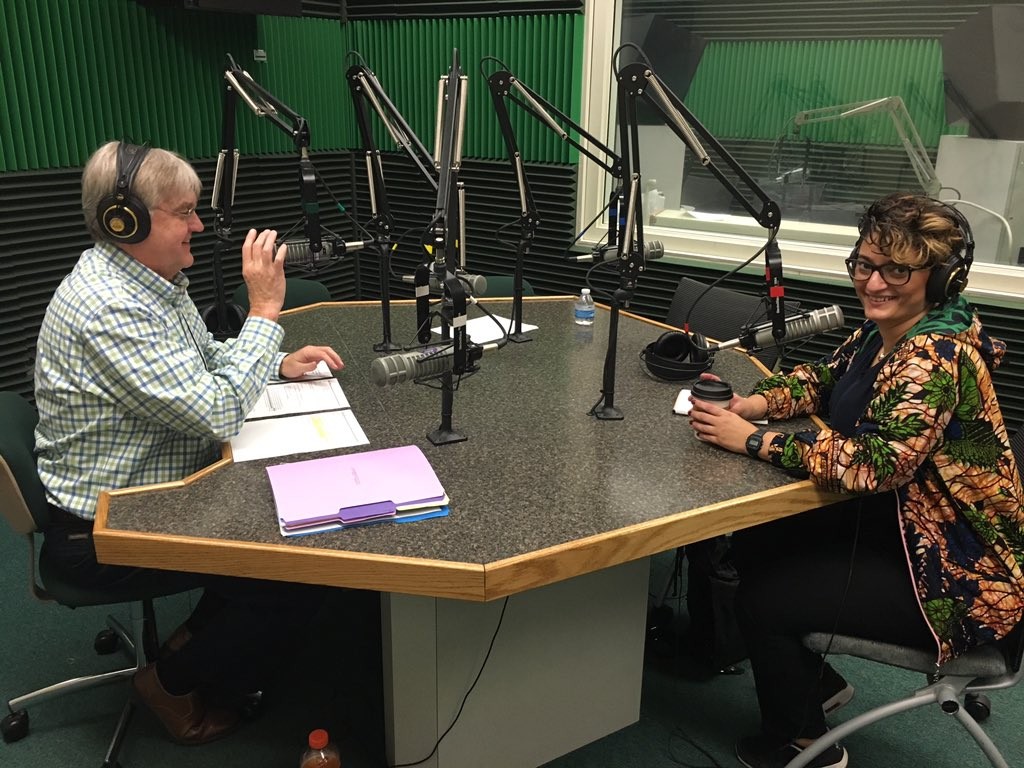 Nivette Dawod normally is a foreign news reporter for the Swedish daily newspaper Aftonbladet.  However, she currently is spending 90 days traveling around American observing the presidential election process.

Specifically, Dawod is studying “undecided” voters in America and how the election is addressing areas of foreign policy towards the Middle East and Europe.

Although born in Sweden, Dawod’s father is Syrian and her mother in Lebanese. Therefore, Dawod has particular interest in how American presidential candidates discuss matters pertaining to war/peace in the Middle East and the issues surrounding refugees.

Most recently, Dawod attended the first Presidential Debate at Hofstra University and observed Donald Trump as he walked through the “media debate spin room” after the debate’s conclusion.

Dawod expressed concern over the rise of strident right-wing political groups in America, Great Britain and even Sweden.  She notes this is a relatively new political development.  She points to the recent successful Brexit vote in the United Kingdom to show how strong this movement can be.

She thinks that Donald Trump is the embodiment of that same ultra-conservatism in the United States and she notes with caution his political rise and immense popularity among some working-class Americans.

She is specifically concerned about his views of Muslim and Middle Eastern immigrants into the United States – especially those from war-torn Syria.

She also has worked for a local newspaper in Sweden and a Swedish magazine.

Conversations from Studio B

Swedish Journalist Studies The Role Of Religion In American Politics