Click here for a quick week-at-a-glance view of new television content that starts Monday, 3/30 to meet the needs of students at home. #LearnAtHome

All 886 episodes of the classic children’s program will air on Twitch beginning May 15, encouraging viewers to support their local PBS stations

Social video platform Twitch today announced it will host a free 18-day, 886-episode marathon of the beloved PBS KIDS series Mister Rogers’ Neighborhood, from The Fred Rogers Company. This shared viewing experience on www.twitch.tv/misterrogers starts on May 15th at 12:00pm PT and ends on June 3rd. The marathon features the most comprehensive collection of episodes available, including many that have only aired once and are unavailable elsewhere online. Twitch will also run a fundraising campaign, during which viewers will be encouraged to show support for their local PBS station. 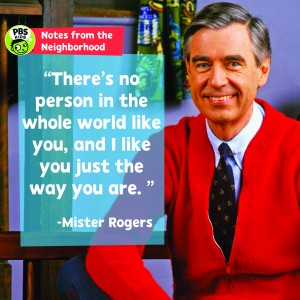 Mister Rogers’ Neighborhood debuted in 1968 and aired on PBS for decades. Grounded in an innovative social-emotional curriculum, the show starred the legendary Fred Rogers, who spoke directly to viewers, performed songs, created arts and crafts for viewers, and took them on tours of real-life locations. Each episode ended with the same positive message for viewers: because we are all unique, we make each day special by being ourselves, and people can like us just the way we are.

Every episode, dating from the show’s premiere, will stream consecutively throughout the month of the marathon. There will be additional mini-marathons in the following weeks, giving viewers the opportunity to enjoy their favorite episodes once again.

“From listening to feedback, it became clear that the Twitch community has not only embraced content which goes beyond gaming, they want more of it,” said Bill Moorier, Head of Creative at Twitch. “We were drawn to Mister Rogers’ Neighborhood because Fred Rogers was a positive voice in fostering inclusivity and diversity, and, like our streamers, he talked to the viewers as if they were in the room with him. While his show was geared toward children, his messages have universal appeal.” 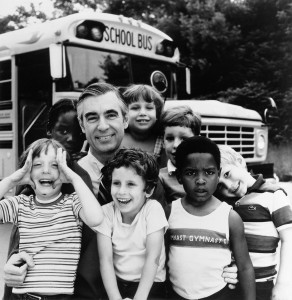 “Fred Rogers created a blueprint for children’s television that still works today, and his messages of acceptance and inclusion remain just as timeless and relevant as they did when Mister Rogers’ Neighborhood first aired,” said Paul Siefken, President and CEO of The Fred Rogers Company. “We are delighted to be working with Twitch to make the show available to fans, as well as reach a whole new whole new audience that did not grow up watching the program.”

“Fred Rogers believed in the boundless potential of all children, and his landmark educational philosophy continues to guide our work today at PBS KIDS,” said Lesli Rotenberg, Senior Vice President and General Manager, Children’s Media and Education, PBS. “We are excited to bring Mister Rogers’ Neighborhood to the Twitch community in this special event, honoring Fred’s legacy, and encouraging fans to support the important work that local PBS stations do to help all children learn and succeed.”

All proceeds from the campaign within the United States will support local PBS stations. Twitch will be featuring a donation panel on the channel at www.twitch.tv/misterrogers. To further encourage support of PBS, Twitch Partners will be sharing personal stories about the importance of PBS and the impact of its programming. These spots will run throughout the marathon. 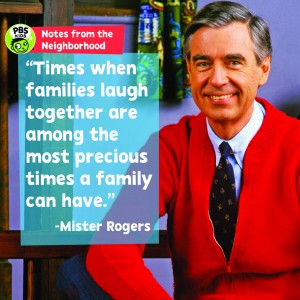 About Twitch
Twitch is the world’s leading social video platform and community for gamers. Each day, millions of community members gather to watch, talk, and chat about shared interests. Twitch’s video platform is the backbone of both live and on-demand distribution for all types of content, including the entire video game ecosystem, the creative arts, vlogging (IRL), and more. Twitch also runs TwitchCon, the annual convention for celebrating the Twitch community. For more information about Twitch, visit our Press Center, Twitter feed (#Twitch), and Blog.

About PBS
PBS, with nearly 350 member stations, offers all Americans the opportunity to explore new ideas and new worlds through television and digital content. Each month, PBS reaches nearly 100 million people through television and nearly 28 million people online, inviting them to experience the worlds of science, history, nature and public affairs; to hear diverse viewpoints; and to take front row seats to world-class drama and performances. PBS’ broad array of programs has been consistently honored by the industry’s most coveted award competitions. Teachers of children from pre-K through 12th grade turn to PBS for digital content and services that help bring classroom lessons to life. Decades of research confirms that PBS’ premier children’s media service, PBS KIDS, helps children build critical literacy, math and social-emotional skills, enabling them to find success in school and life. Delivered through member stations, PBS KIDS offers high-quality educational content on TV – including a new 24/7 channel, online at pbskids.org, via an array of mobile apps and in communities across America. More information about PBS is available at www.pbs.org, one of the leading dot-org websites on the internet, or by following PBS on Twitter, Facebook or through our apps for mobile and connected devices. Specific program information and updates for press are available at pbs.org/pressroom or by following PBS Pressroom on Twitter.

About The Fred Rogers Company
The company was founded by Fred Rogers in 1971 as the non-profit producer of MISTER ROGERS’ NEIGHBORHOOD for PBS. In the years that followed, it not only created hundreds of episodes of this much-loved program, but also extended Fred’s values and approach to other efforts in promoting children’s social, emotional and behavioral health and supporting parents, caregivers, teachers and other professionals in their work with children. Today, The Fred Rogers Company continues to build on Fred’s legacy in innovative ways through a wide variety of media, and engaging new generations of children and families with his timeless wisdom. The company’s highly rated, award-winning children’s series include DANIEL TIGER’S NEIGHBORHOOD, PEG + CAT, and ODD SQUAD. For more information, visit www.fredrogers.org or follow us on Facebook and Twitter.

Mister Rogers Is Coming Back To Your Neighborhood, On A Stamp