Another effort by the former Athens County Sheriff to reverse his convictions has been declined. 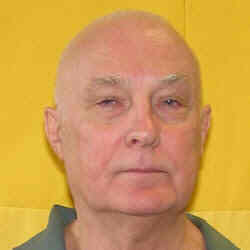 The Ohio Supreme Court declined to “accept jurisdiction of the appeal” in a one-sentence entry, filed Wednesday and signed by Chief Justice Maureen O’Connor.

Kelly filed a notice of appeal with the Ohio Supreme Court on Feb. 1, representing himself and saying the case “raises a substantial constitutional question and is one of public or great general interest.”

Kelly was found guilty on Feb. 12, 2015,  by an Athens County jury, of felony counts including engaging in a pattern of corrupt activity, 12 counts of theft in office, three counts of theft and one count each of perjury and failure to maintain a cashbook. The jury deliberated for 16 hours to come to the decision after listening to three weeks of arguments by Wood and prosecutors from the Ohio Attorney General’s Office.

He was sentenced to seven years in prison, and is currently held at the Corrections Medical Center, according to the Ohio Department of Rehabilitation and Corrections database. He was moved there in April from the Allen/Oakwood Correctional Facility in Lima, according to a spokesperson for the ODRC.

Kelly’s defense attorney at the time of his conviction, Scott Wood, filed notice of appeal in April of that year, citing insufficient evidence for some of his convictions, including perjury and engaging in a pattern of corrupt activity, and saying the trial court should not have found him guilty of contempt during the course of the trial.

The charges stemmed from misuse of funds from the Furtherance of Justice account and other sheriff’s office funds, along with campaign funds and profits from scrap metal sales he made during his time as the sheriff. Kelly was also found guilty of failing to keep a cashbook in the sheriff’s office.

The appeals court met in November to hear arguments on the case and filed their decision by the end of December 2016, saying the appeal to reverse the contempt finding was moot because the fine had been paid during the trial, and all other appeals were unfounded.

Wood declined to comment on the case, as he did not represent Kelly in the Supreme Court appeal.

Kelly Appeal Rescheduled, Will Be Heard In Ross County