Brewers and enthusiasts descend on Athens once a year for Ohio Brew Week. 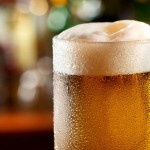 This year the festival runs from July 14-22. And the WOUB News team wanted to put out a bonus episode of #457SEO to help celebrate.

WOUB Culture reporter Emily Votaw spoke with Brew Week’s director Brandon Thompson about this year’s events and what he sees on the horizon for the festival.

The craft beer industry is unique in the #457SEO. Director of Brewing Operations at Jackie O’s Brad Clark joins the podcast to talk about how the area has influenced their work for over a decade and how all the breweries in southeast Ohio are making this a can’t-miss destination for beer enthusiasts.

Let us know how we’re doing by leaving a review. You may get a shout out at the end of the next episode.