100 high school students from across the U.S. chosen for their compelling essays detailing the impact of cancer in their lives and interest in cancer research

Recipients of awards made possible by grants from Genentech, Bristol-Myers Squibb and Novartis

One hundred high school students from 28 states have been named winners in the third year of PBS’ and Stand Up To Cancer’s Emperor Science Award program. The program is designed to empower high school students to become the next generation of scientists as they explore careers in cancer research and care through a unique mentoring opportunity. Three of the Awardees are students receiving support for a second year of mentorship, as allowed by the program. 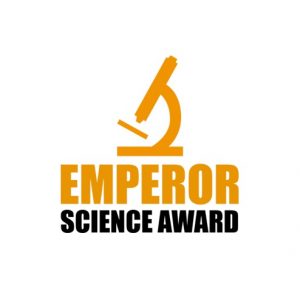 PBS and Stand Up To Cancer, a division of the Entertainment Industry Foundation, received nearly 600 applications from eligible 10th and 11th grade students in 44 states throughout the U.S. who are interested in pursuing careers in cancer research. Prominent scientists served as judges and evaluated the students’ applications: written essays submitted online this fall, addressing how cancer has affected them or their communities; how science can help find a cure for cancer; and, if they are able to become cancer researchers, what scientific fields would they study and why.

Will Broomhead, a second-time Emperor Science Award winner and cancer survivor from Villa Hills, Kentucky, exemplifies the passion for research and commitment to collaboration so valued in these students. Science and cancer research became his focus after surgical removal of a synovial sarcoma, a soft tissue cancer, from his back. No longer eligible to pursue his dream of training as an Air Force fighter pilot, he is determined to become a pediatric oncology doctor and researcher. Will used his 2017 Emperor Science Award stipend to purchase and distribute 700 Foldscopes – an affordable, origami-type microscope with optical quality similar to a research microscope – to students in six schools. He keeps in touch with these students and teachers via his “Foldscopes for Kentucky” Facebook page where they share findings and discuss new topics for the students to research.

In 2017, Will worked with his Emperor Science Award mentor on growing cell cultures from mutated cells and from patients to determine the genetic profile of the cell lines and then treating them with different drugs to assess which treatments work. This year, Will hopes to continue to explore additional areas of cancer research to inform what he wants to pursue. In his essay, Will wrote, “Experiments fail and succeed every day. Cancer may be a big problem, but there are researchers who have chosen to be part of the solution and are not accepting defeat. I have seen firsthand the benefits of cancer research, and I am choosing to help find a solution and be part of the team who discovers a cure for cancer.”

“At PBS, our goal is to spark a passion for learning and provide students and their educators with the resources and support they need for that learning,” said Sara Schapiro, Vice President, PBS Education. “We’re proud to welcome a new class of students to the Emperor Science Award mentorship program. Not only are the students selected for this year’s class leaders in their schools and communities, they demonstrate investigative curiosity as well as compassion for patients.”

The 100 Emperor Science Award recipients will work with an esteemed university scientist on a rewarding multi-week cancer research project, receive a Google Chromebook computer to enhance their studies and facilitate mentor access for those who live at a distance from their mentors’ research facility and a $1,500 stipend for expenses.

The Emperor Science Award Program extends the learning and outreach from the PBS documentary, Ken Burns Presents CANCER: THE EMPEROR OF ALL MALADIES A Film by Barak Goodman, a three-part film on the history of cancer that aired on PBS in the spring of 2015.

“Knowing that one in two men and one in three women will be diagnosed with cancer in their lifetimes, it’s not surprising that many of these students have personal connections to cancer – some are even cancer survivors themselves. The depth of their interest in and commitment to pursuing cancer research is extraordinary,” said Sung Poblete, PhD, RN, president and CEO of Stand Up To Cancer. “We hope the Awards serve as a springboard to careers in cancer research, and that these students help more cancer patients become long-term survivors.”

The Emperor Science Award Program has been made possible by generous financial support from Founding Donors Genentech, a member of the Roche Group; Bristol-Myers Squibb Company; and Novartis. Their support has funded a total of 300 awards through the first three years.

“We are honored to support this year’s recipients of the Emperor Science Award, a cohort of students whose inquisitiveness and commitment to science are very inspiring,” said Sara Kenkare-Mitra, senior vice president, Development Sciences at Genentech. “We strongly believe that mentorship opportunities are critical for providing young minds with the encouragement and insights to explore careers in science, research and health care.”

“We continue to be impressed with the incredible passion and powerful potential of the Emperor Science Award winners to advance our understanding of cancer,” said Awny Farajallah, MD, vice president, head of U.S. Medical Oncology at Bristol-Myers Squibb. “The dedication of these students leaves us hopeful for a future that is powered by both clinical progress and better outcomes for people throughout their cancer journey.”

“We applaud this year’s student award winners and mentors said Ameet Mallik, Executive Vice President, Novartis Oncology. With research discoveries happening at a rapid pace, we know what an exciting time it is to be a scientist. Novartis is proud to support this important mentorship program and inspire the next generation of scientists. ”

Students: Enter the Emperor Science Award Program for a Chance to Work with a Mentoring Scientist