Broadcast on Tuesday, April 3, 2018 in Conjunction with the 50th Anniversary of the Assassination of Dr. King

A riveting crosscut narrative of a killer and his prey, Roads to Memphis is the fateful story of an assassin and his target set against the seething, turbulent forces in American society that drove two men to their violent and tragic collision on April 4, 1968. Following the inexorably converging paths of James Earl Ray and Dr. Martin Luther King, Jr., Roads to Memphis is both an incisive portrait of an America on edge in that crisis-laden year and a cautionary tale of how the course of history can be forever altered by the actions of one individual. Originally broadcast in 2010, the film will have an encore broadcast on AMERICAN EXPERIENCE Tuesday, April 3, 8:00 p.m. on WOUB in conjunction with the 50th anniversary of the assassination of Dr. King. 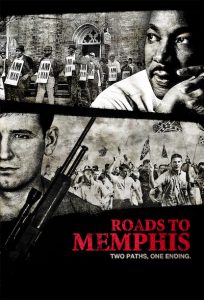 Roads to Memphis is told through eyewitness testimony from King’s inner circle and the officials involved in Ray’s capture and prosecution following an intense two-month international manhunt. The first film to explore the mind of the elusive assassin, Roads to Memphis is directed by Emmy Award-winning filmmaker Stephen Ives and produced by Amanda Pollak.

When James Earl Ray was arrested in July 1969, he was the most wanted suspect in the world. Who was this “four-time loser” who was able to assassinate Dr. King, the Nobel Prize-winning, charismatic leader of the civil rights movement? How did Ray manage to escape and elude authorities for months? What motivated him to kill? Roads to Memphis reveals a mysterious and misunderstood loner who remains an enigma even today.

About the Participants, in Order of Appearance

Dan Rather was a reporter for CBS when he reported on the King assassination.

Gerald Posner is the author of best-selling books including, Killing the Dream, about the King assassination.

Harris Wofford is a former Democratic U.S. Senator from Pennsylvania who served as an attorney for the United States Commission on Civil Rights from 1954-1958 and was also chairman of the Subcabinet Group on Civil Rights. 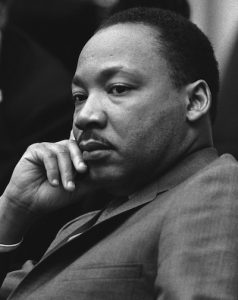 Joe Sweat is a former reporter for the Memphis Commercial Appeal.

Rev. Samuel “Billy” Kyles (1934-2016) was a Memphis civil rights leader and preacher who worked with Dr. Martin Luther King, Jr. in supporting the sanitation workers strike and witnessed his assassination.

Roger Wilkins (1932-2017) was a civil rights leader who served as assistant attorney general in the Johnson administration.

Hampton Sides, a Memphis native, is the author of several books including Hellhound on His Trail: The Stalking of Martin Luther King, Jr. and the International Hunt for His Assassin.

Wayne Flynt is professor emeritus at Auburn University and the author of Dixie’s Forgotten People: The South’s Poor Whites.

Dorothy Cotton was the education director for the Southern Christian Leadership Conference for twelve years under the direct supervision of Dr. Martin Luther King, Jr.

Andrew Young was the Executive Director of the Southern Christian Leadership Conference (SCLC) and one of Dr. King’s principal lieutenants in 1968. He was with King when he was assassinated.

B. Venson Hughes is a retired officer of the Memphis Police Department.

Stephen Ives (Director). In his more than 20 years of work in public television, Ives has established himself as one of the nation’s leading independent documentary directors. His landmark series THE WEST was one of the most-watched PBS programs of all time. In 1987, Ives began a decade-long collaboration with filmmaker Ken Burns as a co-producer of a history of the United States Congress and as a consulting producer on the groundbreaking series THE CIVIL WAR and BASEBALL.

After the premiere of THE WEST, Ives turned his attention towards contemporary films, producing a profile of the Cornerstone Theater Company, which aired on HBO in the fall of 1999, and “Amato: A Love Affair with Opera,” which aired on PBS in 2001 and earned Ives a nomination from the Directors Guild of America for Outstanding Directorial Achievement. His profile of 1930s thoroughbred “Seabiscuit” (AMERICAN EXPERIENCE, 2003) won a Primetime Emmy Award, and his PBS series REPORTING AMERICA AT WAR, about American war correspondents, was described by the Los Angeles Times as “television that matters…a visual document of power and clarity.”
His other films for AMERICAN EXPERIENCE include Lindbergh, Las Vegas, New Orleans, Kit Carson, Panama Canal, Custer’s Last Stand, Grand Coulee Dam, 1964, The Big Burn and The Great War.

Amanda Pollak (Producer) has been making highly acclaimed documentaries for public television for more than two decades. As a partner at Insignia Films, she began her tenure by producing the series REPORTING AMERICA AT WAR, and then moved on to create multiple AMERICAN EXPERIENCE films, including Las Vegas, New Orleans, Kit Carson, Panama Canal, Custer’s Last Stand, Grand Coulee Dam, 1964, The Big Burn
Edison, Space Men and The Great War.

In addition to her work with Insignia Films for AMERICAN EXPERIENCE, Pollak directed the fourth episode of Henry Louis Gates’ PBS series FACES OF AMERICA, and produced CONSTITUTION USA with Peter Sagal, a four-part PBS series that premiered in 2013. More recently, she was part of the founding team for Retro Report, an online series featured on The New York Times website that combines documentary storytelling with shoe-leather reporting to peel back the layers of some of the most intriguing news stories of our past. Her work has been seen by a wide national audience, heralded by the media and recognized with three Emmy Awards, a Cine Golden Eagle Award and the George Foster Peabody Award.

Mark Samels (Executive Producer). As executive producer of the PBS flagship history series, Samels conceives, commissions and oversees all AMERICAN EXPERIENCE films. Samels has overseen more than 120 films, expanding both the breadth of subjects and the filmmaking style embraced by the series, allowing for more contemporary topics and more witness-driven storytelling. Beginning his career as an independent documentary filmmaker, he held production executive positions at public television stations in West Virginia and Pennsylvania before joining WGBH. Samels is a founding member of the International Documentary Association and has served as a governor of the Academy of Television Arts & Sciences. A graduate of the University of Wisconsin, Samels holds honorary Doctor of Humane Letters degrees from Emerson College and Elizabethtown College.

Boss: The Black Experience in Business | Tuesday, April 23 at 8