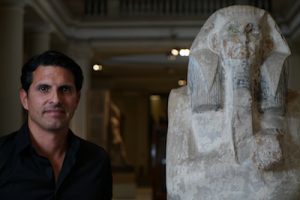 Professor Darius Arya leads us off-the-beaten path through three of the world’s most astonishing ancient cities – Athens, Cairo and Istanbul – to bring a fascinating, fresh perspective to more than 4,000 years of history. These three ancient cities formed the bedrock of human civilization throughout the ages and are steeped in history. Long-forgotten secrets, enigmatic structures and mysterious buried treasures are hidden beneath these exciting cityscapes where each new civilization, each new generation, has added its own layers to the rich tapestry of the city.

Armed with a cutting-edge arsenal of high-definition 3D scanners, sub-sea LiDAR and multi-spectral images, Arya takes viewers behind the scenes of these metropolises. Each scan uncovers ancient architectural and technological achievements in a new way, illuminating just how these structures continue to exist after thousands of years. 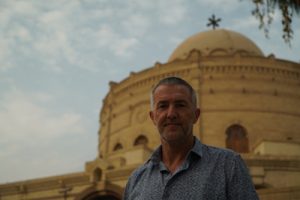 Each episode culminates in an augmented reality adventure, in which Arya steps inside a hologram and interacts with breath-taking visualizations of the past while set in present-day locations. Following each episode, Arya invites the viewer to explore these sites themselves at home with VR technology. Descending beneath the streets and off the beaten path, ANCIENT INVISIBLE CITIES exposes these fascinating places, as they’ve never been seen before.

See how 3D scanning can be used to explore Egypt’s ancient treasures, including the Great Pyramid of Giza and the first pyramid ever built, a hidden Roman fortress, and a well deep in the rock below the Arabic citadel of Saladin.