WE’LL MEET AGAIN returns for a second season of compelling human stories of hope, courage and resilience, exploring some of history’s most dramatic events through the personal experiences of those who lived through them. Executive produced and reported by Ann Curry, WE’LL MEET AGAIN tells the stories of ordinary people caught up in the tides of history who are seeking to be reunited with those who helped them – either physically or emotionally – survive these transformational events. Produced by Blink Films in partnership with Ann Curry, Inc., WE’LL MEET AGAIN Season 2 premieres Tuesday, November 13, 2018, 8:00-9:00 p.m. on WOUB. 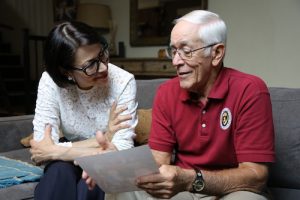 The Season 1 broadcast of the six-part series reached 15.5 million unique viewers (Source: Nielsen Live+7 P2+ reach estimates, 1 minute qualifier). With more than 11.5 million streams across station-branded PBS platforms and Facebook Watch (Source: Facebook Insights and Google Analytics), the series marked the first time PBS shared full, long-form episodes on Facebook Watch. Additionally, PBS launched a digital campaign in which people were invited to share their own stories of someone who changed their lives during one of history’s key moments. Viewers submitted their personal stories by using the hashtag #MeetAgainStoriesPBS or by visiting pbs.org/meetagain, which resulted in two submissions being featured in Season 2.

“We knew these stories would be powerful, but we didn’t know they would resonate with viewers as much as they have,” said Curry. “Several times a week now, wherever I go, people stop me to say they’ve been touched by these stories. There is something about seeing others rise when faced with challenges that wake you up to what is possible in you. The most common comment I get is, ‘This is what we need to hear now.’”

This season, WE’LL MEET AGAIN travels across the country and around the world, once again helping people find that special someone whose actions changed the course of their lives, searching for clues in marriage records and war and immigration documents, and combing archives to reunite those separated by time and distance. Featured are stories of a Cuban-American who escaped during the 1980 Mariel Boatlift and never forgot the brave skipper who piloted him to a new life in the U.S.; a woman looking for the best friend whose family shielded her during the great Alaskan earthquake of 1964; two Vietnam veterans, one longing to reconnect with the helicopter pilot who rescued him from enemy fire, the other wanting to thank the doctor who saved his leg; and a Holocaust survivor hoping to discover what happened to a fellow survivor he befriended in a displaced persons camp.

“We are delighted to welcome Ann back for a second season of WE’LL MEET AGAIN,” said Paula Kerger, PBS President and CEO. “Her exceptional reporting, strong intuition and grace are on full display as she reunites people whose paths have crossed at pivotal moments.”

Below is the full schedule:

“Saved in Vietnam” – Tuesday, November 13, 2018
Two veterans of the war in Vietnam search for the heroes who saved them. Dave, a three-tour Army officer, hopes to find the helicopter pilot who answered his desperate Mayday call when he was shot down on the Vietnam-Cambodia border, saving his life and those of his men. Roger longs to thank the pioneering doctor who saved his leg from amputation when he was wounded while performing guard duty in 1967.

“Surviving the Holocaust” – Tuesday, November 20, 2018
Two men who survived the Holocaust search for those who gave them hope in their darkest days. One wants to find the friend he left behind when he abandoned their plan to move to Israel. The other hopes a 70-year-old photograph will reunite him with a girl who was his first friend. 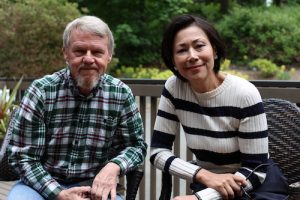 “Great Alaskan Earthquake” – Tuesday, December 18, 2018
On March 27, 1964, the largest earthquake ever recorded in North America struck Alaska, causing catastrophic damage and 131 fatalities. Two children who survived search for childhood friends whose families moved away immediately after the quake. Michelle wants to thank a friend and her mom for shielding her from harm, and Dan searches for a former Little League teammate.

“Korean War Brothers in Arms” – Tuesday, December 25, 2018
Although the fighting in the Korean War ceased in 1953, two men have never forgotten the comrades who helped them make it through tough times. Jim wants to show his gratitude to two lieutenants who inspired him to be brave in battle, and Tony hopes to thank a friend who boosted his spirits aboard a hospital ship.

“Escape from Cuba” – Tuesday, January 1, 2019
In 1959, Fidel Castro’s regime came to power, changing the lives of the Cuban people. Two men who fled the country as children seek to find those who helped them come to the U.S. Nelson left Cuba in 1961 as part of Operation Pedro Pan and hopes to reconnect with the family who took him in, while Juan looks for the shrimp boat captain who brought him and his family to safety during the Mariel boatlift in 1980.

“The Fight for Women’s Rights” – Tuesday, January 8, 2019
In the 1970s and 80s, many women were active in the movement for gender equality in the workplace and at home. Two women who faced these challenges search for the friends and mentors who changed their lives. Lynn, the first flight attendant to become a commercial pilot, hopes to find the first female pilot she ever met, while activist Zoe searches for the feminist leader who inspired her to join a demonstration and hunger strike.

WE’LL MEET AGAIN is a production of Blink Films. The series is produced by Page Shepherd and executive producers are Ann Curry, Justine Kershaw and Andra Heritage. 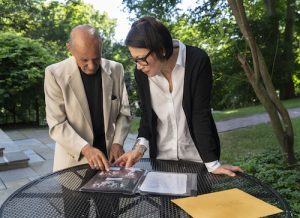 WE’LL MEET AGAIN is made possible by public television viewers.

About Ann Curry
Award-winning journalist Ann Curry, a former NBC News anchor and international correspondent, has been recognized for her incisive coverage of global conflicts, nuclear tensions, humanitarian crises and groundbreaking journalism on climate change. Known for her focused reporting from inside Iran, she first broke the news of Iran’s interest in negotiating a nuclear agreement with the outside world. She delivered the first live news report to an American audience from the South Pole, tracked the AIDS epidemic in South Africa and Botswana, and documented Al Qaeda’s link to Al Shabaab terrorists in Somalia and Kenya. Her long list of exclusive and news-breaking interviews includes those with world leaders, U.S. presidents from George H.W. Bush through Barack Obama, and notables from every walk of life.

Curry has won seven national news Emmys, as well as several Edward R. Murrow Awards, Gracie Allen Awards and National Headliner Awards. The NAACP has honored her with an Excellence in Reporting Award, and she earned a Matrix Award from Women in Communications. Curry is the recipient of numerous humanitarian awards from organizations such as Refugees International, Americares, Save the Children and the Simon Wiesenthal Center, which awarded her a Medal of Valor for her dedication to reporting about genocide.

American Masters Closes Season 31 with Broadcast Premiere of This Is Bob Hope… | Sunday, November 26 at 8 pm