Secrets of the Dead: The Nero Files
Premieres Wednesday, February 20 at 10 p.m. on WOUB 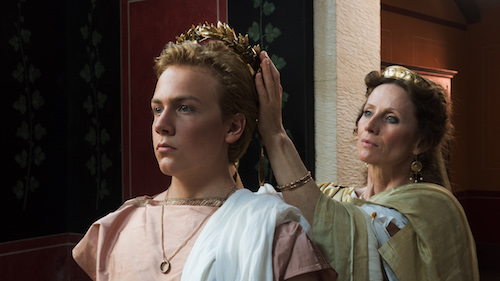 The Roman emperor Nero is considered one of history’s greatest criminals. His name has become synonymous with evil, as historic accounts have accused him of killing his stepbrother, his wife and his mother, as well persecuting Christians and instigating the devastating Great Fire of Rome. This is the judgement that is passed in history from one generation to the next, but are these accounts of Nero’s reign accurate? New scientific discoveries and a closer examination of the ancient texts written about Nero cast a different light on the Roman emperor and the accusations leveled against him. Secrets of the Dead: The Nero Files follows internationally renowned criminal psychologist Thomas Müller and a team of scientists and historians as they investigate the new evidence in order to discover the truth about the controversial emperor. 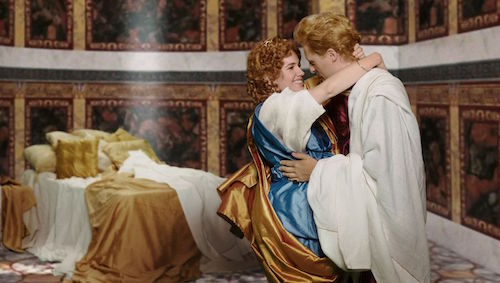 Noteworthy Moments in Nero’s Timeline
• As his stepson, Nero should not have inherited the throne after Claudius’ death. But Brittanicus, the rightful heir as Claudius’ biological son, was too young to become emperor, allowing Nero to take control. It is believed that Nero had Britannicus killed by poisoning his drink to eliminate a potential adversary.
• It is believed that Nero turned to matricide because of an ongoing power struggle with his mother Agrippina. He engineered a plan to have her swept off a boat and drowned at sea.
• The phrase ‘fiddling while Rome burned,” refers to the belief that Nero played music while watching the destruction of his city. He’s also been accused of starting the terrible blaze in order to make room for his own construction projects and then, after blaming Christians for the fire, had them brutally and publicaly executed.
• In one of the darkest tales of Nero’s reign, it is believed the emperor killed his wife, Poppaea Sabina, by kicking her in the stomach while she was pregnant with their child.

Buzzworthy Moments
• In a modern-day forensic laboratory, scientists attempt to discover if the most effective poisons of ancient Rome—plant toxins from yew trees, lilies of the valley, hemlock and wolf’s bane—could have killed Britannicus in the manner described by ancient storytellers. 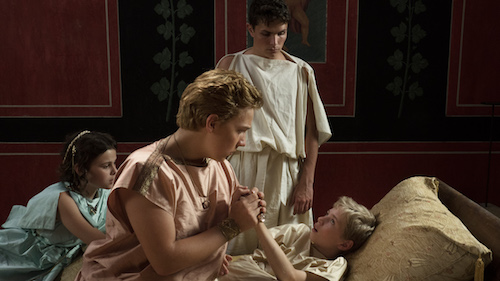 • An experiment in a ship model basin reconstructs an ancient Roman ship to determine what kind of modifications would have been necessary to create an opening at the bottom of the ship that someone could suddenly fall through without also sinking the ship. The model includes two trap doors, one opening inward, and the other outward, to determine how Agrippina might have fallen out.
• An experiment showing how the Great Fire of Rome could have broken out and spread so rapidly reexamines the ancient city’s fire-prone infrastructure on the dry, hot wind of that summer evening.
• A team of experts decipher text from an unearthed papyri dating back to Roman times from excavations in Egypt. It contains Nero’s name and references to a dying woman, his wife Poppaea Sabina, providing clues to determine what caused her death.
• The excavations of the ancient Roman city of Pompeii revealed 80 inscriptions on the walls of buildings from citizens, which included praise for the emperor.

The Nero Files | SECRETS OF THE DEAD | Tonight at 10

The Nero Files | SECRETS OF THE DEAD | Coming Wednesday at 10

The Woman in the Iron Coffin | SECRETS OF THE DEAD | Wednesday, October 3 at 10