The Providers Premieres on Independent Lens
Monday, April 8 on PBS and PBS.org

Against Overwhelming Odds, Three Medical Practitioners in Rural New Mexico Are Making a Difference in the Lives of Their Patients 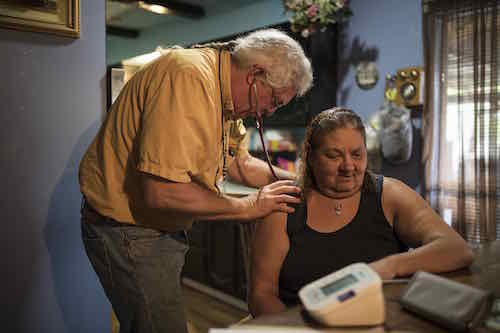 Set against the backdrop of the physician shortage, and opioid epidemic in rural America, The Providers follows three healthcare professionals in northern New Mexico at El Centro, a group of safety-net clinics that offer care to anyone who walks through the doors. Amidst personal struggles that reflect those of their patients, the journeys of the providers unfold as they work to reach those who would otherwise be left out of the healthcare system. With intimate access, the film shows the transformative power of providers’ relationships with marginalized patients. Directed by Laura Green and Anna Moot-Levin, both the children of doctors, The Providers will premiere on Independent Lens Monday, April 8, 2019, 10:00-11:30 PM on PBS and will also be available simultaneously for online streaming at pbs.org.

Over the course of the film, the three providers — family physician Leslie Hayes, nurse practitioner Chris Ruge, and El Centro Medical Director Matt Probst — remain unfailingly compassionate despite a range of challenges from the system to their patients, and sometimes even their own families. Leslie believes it is critical for primary care doctors to treat patients who use opioids as part of their regular practice. When other physicians don’t want “those people” in their medical center, she says, “they’re already in your waiting room — you’re just not identifying and treating them.”

Medical director and physician assistant Matt is coping with a physician shortage and has begun training P.A.’s to be the new front line of medical care. His own background includes two family members who have struggled with addiction, his father and sister. Nurse practitioner Chris is part of a special program that allows him to visit the homes of the most marginalized patients, and believes his relationship with them is making a difference. “The job offers me the opportunity to actually be walking alongside patients and helping them find the door,” he says. “Some people you need to open the door just once. Other people it’s months and years. If you open enough doors they will walk through that door with you.” 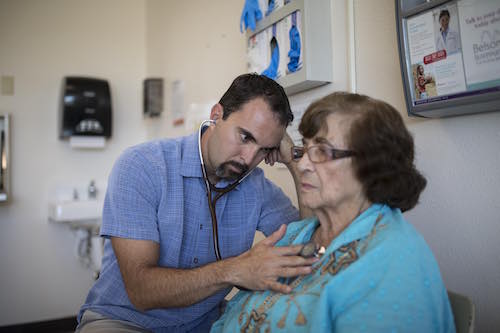 Laura Green (Director/Producer) is an award-winning documentary director and editor based in San Francisco. She has directed, produced and edited five short documentaries which played at festivals worldwide. Her editing work includes the Gotham-nominated documentary-comedy web series The F Word (2017) about fostering to adopt, and the feature documentary True Son (2014), which premiered at Tribeca Film Festival. She is an assistant professor at San Francisco State University. The Providers is her debut feature film.

Anna Moot-Levin (Director/Producer) is an award-winning documentary filmmaker, producer and editor based in Brooklyn. She has directed, produced, shot and edited five short documentaries, including the award-winning film Track by Track (2013), which premiered at Slamdance and is now in distribution with Sproutflix. Her work has been screened at festivals around the world including The American Pavilion at Cannes and the AFI/Discovery Channel Silverdocs Film Festival. She is also an associate producer of the Academy Award-winning documentary Inside Job (2010) and editor of The Making of Gabrieli (2017) now streaming on KQED Arts. The Providers is her debut feature film.

Jamie Meltzer (Executive Producer and Creative Advisor) is a documentary filmmaker whose films have been broadcast nationally on PBS and screened at numerous film festivals worldwide. They include Off the Charts: The Song-Poem Story (Independent Lens, 2003), Welcome to Nollywood (PBS broadcast, 2008), La Caminata (2009), Informant (2012) and True Conviction, which premiered at the 2017 Tribeca Film Festival and received a Special Jury Mention and aired on Independent Lens. 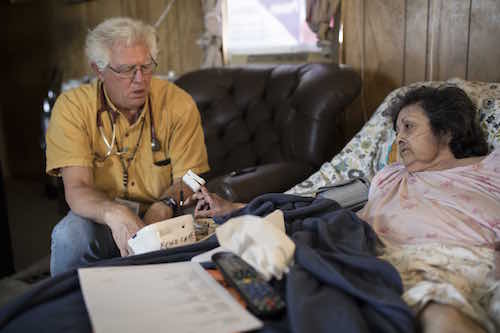 Athens Roller Derby Back in Action