The relationship between man and his noble steed is almost as old as civilization itself. Ever since the mysterious beginning of our extraordinary partnership, horses helped shape the human world. At the speed of a horse, our ancestors conquered distances and built empires. Together, humans and horses flourished side by side. What makes us so perfect for each other? 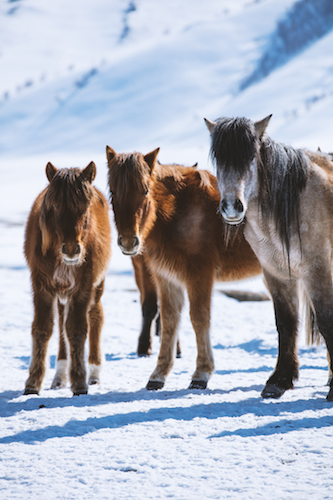 Join anthropologist Dr. Niobe Thompson and equine experts on a two-part adventure around the world and throughout time to discover the origins of the horse. In a stunning 3D reconstruction, see the earliest member of the horse family rise from a fossil bed and begin a transformation into the magnificent animal we know today. Discover why horses have 360-degree vision and gallop on a single toe. Explore the science of speed with renowned racehorse trainers. Uncover the emotional intelligence of horses and their deep connection with humans. Encounter extraordinary horse breeds from Saudi Arabia to Kentucky to Siberia, and meet the horses of Sable Island that are truly returning to the wild ways of their ancestors. Filmed over 18 months across 3 continents, featuring drone and helicopter-mounted RED aerials, extensive Phantom slow-motion footage, and a live-recorded symphonic score.

Explore the fascinating evolutionary journey of the horse, from its tiny forest-dwelling ancestor called the Dawn Horse to the modern steed. Encounter scientists unlocking the genetic basis of horsepower and decoding their emotional intelligence.

Noteworthy Facts:
• A horse can gallop twice the speed of humans.
• Horses have the biggest eyes of any animal on land and have almost 360° vision. Their only two blind spots are just behind and directly in front of them.
• When a horse runs, it must breathe out when its front legs hit the ground and can only breathe in when up in the air. The ability to run on very little oxygen is one of the main reasons horses are able to outrun their predators and race for long distances.
• A horse’s hooves create minimal friction and serve as shock absorbers, helping them run at an incredible pace. 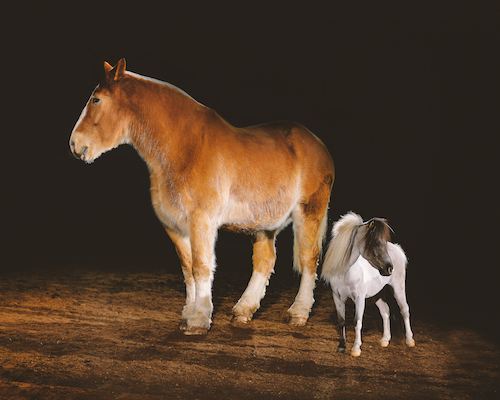 Buzzworthy Moments:
• The series presents the first realistic animation of the 45 million-year-old ancestor of the horse, the Dawn horse. A fossil of the Dawn horse shows that it had toes instead of hooves, large canine teeth, and a flexible spine. Compared to horses today, it was tiny and did not gallop.
• In Mongolia’s Gobi Desert, a wild group of Przewalski stallions play-fight to help prepare for eventual encounters with predators. The Przewalski horse is extremely rare, but their numbers are returning thanks to conservation biologist Claudia Feh, who fought to bring them out of captivity and back to their native habitat.
• Horses are intensely social animals, evolved to live in herds and family groups. Animal psychologist Karen McComb creates a series of tests to uncover how horses use non-verbal signals to communicate with each other. Her team discovers that horses use 17 different facial expressions, not only to communicate their own feelings, but to understand human expressions as well. In a test, it’s revealed that horses can distinguish between friendly and hostile human expressions.

Discover how humans have partnered with the horse throughout the centuries, creating more than 400 breeds, from the Yakutian Horse to the Arab Horse, found all around the world. 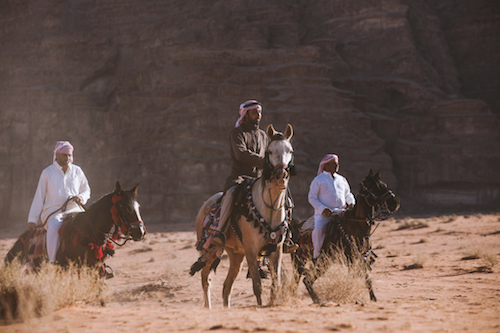 Noteworthy Facts:
• Horses are the stars of Ice Age art; our ancestors drew them more than any other animal. The first piece of art to depict a living thing was a tiny figurine of a wild horse living somewhere in Europe more than 35,000 years ago.
• Humans began to domesticate the wild horse about 6,000 years ago.
• There is only one species of domestic horse, but around 400 different breeds that range dramatically in shape and size.
• Horses have evolved to be able to survive the most extreme climates on earth, from the bitter cold of the Siberian Arctic to the scorching heat of the Arabian Desert.
• All thoroughbreds are a descendant of one of three stallions who lived 200 years ago. The thoroughbred has been a closed Stud Book since the early 1800s, when it was determined that no further input from exotic gene pools would improve the breed.

Buzzworthy Moments:
• The coldest place humans live is the Verkhoyansk Mountains of northeastern Siberia. Most of the population is comprised of ethnic Yakuts, and they wouldn’t survive without their Yakutian horses, who can survive winter temperatures that fall to -58 degrees Fahrenheit for weeks at a time. Apart from their extremely thick coat of hair and their stocky build, Yakutian horses have developed a form of “standing hibernation” by lowering their metabolism during the coldest weather and entering a form of semi-hibernation.
• Irish geneticist Emmeline Hill discovered a genetic code in thoroughbreds that reveals their racing potential. Horse breeders now have access to a genetic test that predicts at birth whether a thoroughbred will be a distance, sprint or mixed-distance runner. Hill’s “speed gene” test is now used at top horse training centers to select the most promising thoroughbreds for training, and to determine which races are best suited to their genetic profile.
• The world’s only truly wild horses live on Canada’s Sable Island, where a population of 500 horses has been living for at least 40 horse generations. Although descended from domesticated horses abandoned or shipwrecked in the 19th century, these horses receive no care from humans today. Population biologist Philip McLoughlin has discovered how the horses are changing in response to their environment. With no natural predators, they do not startle and run like typical wild horses. They live in partnership with the seals, who provide natural fertilizer to the barren dunes every winter when they gather to give birth on the island, ensuring a healthy grass diet for the horses.

Equus: Story of the Horse: Origins | NATURE | Tonight at 8

Equus: Story of the Horse: Chasing the Wind | NATURE | Tonight at 8