NORMAN MINETA AND HIS LEGACY: AN AMERICAN STORY
Premieres Monday, May 20, 2019 on PBS 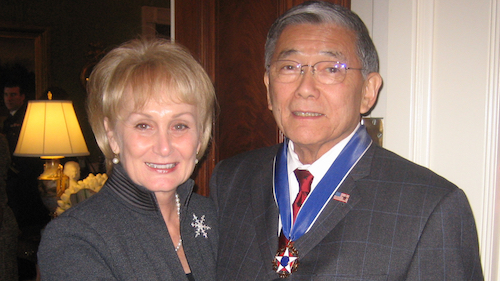 NORMAN MINETA AND HIS LEGACY: AN AMERICAN STORY, a documentary portrait of the American statesman and trailblazer, premieres on Monday, May 20, 2019, 9:00-10:00 p.m. on PBS. Directed by Dianne Fukami and co-produced by Fukami and Debra Nakatomi, the film includes interviews with the two presidents under whom he served as a cabinet secretary: Democrat Bill Clinton and Republican George W. Bush. Also interviewed is retired Republican Senator Alan Simpson, who formed a lifelong friendship with Mineta when they met as 11-year-olds at Heart Mountain, Wyoming, the U.S. concentration camp where Mineta and his family were incarcerated during World War II.

Norman Mineta is a man of many firsts: the first Asian American mayor of a major city (San Jose, California); the first Japanese American from the mainland to be elected to Congress; and the first Asian American to serve in a presidential cabinet. But beyond these groundbreaking achievements, Mineta personifies the dreams and aspirations of many Americans. A U.S. citizen by birth, he was imprisoned by his own country for his Japanese ancestry, yet he steadfastly remained a patriot, leading a Congressional effort for an apology from the U.S. government and redress for Japanese Americans, 120,000 of whom were imprisoned during the war. That effort finally came to fruition when the Civil Liberties Act of 1988 was signed into law by President Ronald Reagan. 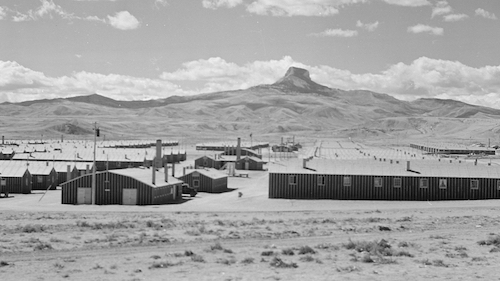 During his 21 years in Congress, Mineta worked to right other wrongs. Retired Representative Barney Frank of Massachusetts speaks in the film of the role Mineta played in endorsing same-sex marriage. A co-author of the 1991 Americans with Disabilities Act, Mineta pushed to make public facilities accessible after navigating San Jose in a wheelchair and realizing it was impossible to cross the street. Because of the ADA, streets around the country now have cutouts for wheelchair access.

When Mineta was serving as Secretary of Transportation under George W. Bush, the president learned firsthand of Mineta’s time in a concentration camp. A few months later, in the aftermath of September 11, 2001, the knowledge of what his cabinet secretary went through had an impact. “One of the important things about Norm’s experience is that sometimes we lose our soul as a nation,” said Bush. “The notion of ‘all equal under God’ sometimes disappears. And 9-11 certainly challenged that premise. So right after 9-11, I was deeply concerned that our country would lose its way and treat people who may not worship like their neighbor as non-citizens. So, I went to a mosque. And in some ways, Norm’s example inspired me. In other words, I didn’t want our country to do to others what had happened to Norm.”

In 2006, Secretary Mineta resigned from the Bush administration. He had served more than five years, longer than any Secretary of Transportation in American history. In his three decades as a public servant, he had served as a city councilman, a mayor, an eleven-term congressman, and a cabinet member for both a Democratic and a Republican president. 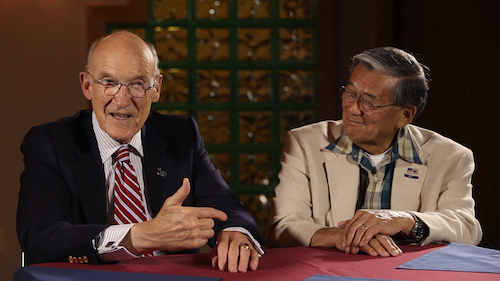 “Norm Mineta spent his life both proving by his own achievements that America was working for more and more people but also trying to give that chance to everybody else,” said President Clinton. “And that’s a worthy life. It should be honored, but more importantly, it should be emulated.”

NORMAN MINETA AND HIS LEGACY: AN AMERICAN STORY is directed and produced by Dianne Fukami, co-produced by Fukami and Debra Nakatomi, and written by Ken Chowder. The executive producer is Lawrence R. Hott. The film is narrated by Wendy Tokuda and the director of photography is Robin Mortarotti. The editor is Hailey Yang. The associate producer is Amy Watanabe; Marc Smolowitz is consulting producer. Music composed by Derek Nakamoto.

Dianne Fukami (Director/Co-Producer) has produced, directed, and written more than a half-dozen documentaries on the Asian-American experience (mostly on Japanese-American history) which were broadcast on PBS stations throughout the U.S. Separate Lives, Broken Dreams, about the Chinese Exclusion Act, was nominated for a national Emmy Award; Starting Over: Japanese Americans After the War has received scholarly citations for its first-person anecdotes. Her most recent documentary, Stories from Tohoku, was showcased at CAAMFest in 2014 (formerly the San Francisco Asian International Film Festival) and screened at film festivals in New York and Los Angeles.

Debra Nakatomi (Co-Producer) is the founder of a strategic communications firm, Nakatomi and Associates, that for over 25 years has developed issue advocacy and educational campaigns on health, environmental, and social issues. The firm designs social and civic engagement campaigns utilizing the tools of media, messaging, and social media. Nakatomi’s documentary career began as co-producer of Stories from Tohoku, with Dianne Fukami in 2014, a film about the survivors of the 2011 earthquake, tsunami, and nuclear disaster in Japan. The film aired on PBS and screened throughout the U.S. and Japan.

Norman Mineta and His Legacy: An American Story | Coming Monday at 9

Norman Mineta and His Legacy: An American Story | Tonight at 9