The Mine Wars | AMERICAN EXPERIENCE | Tuesday, September 3 at 8 pm

The Bitter Battle Fought By a “People Made of Steel” 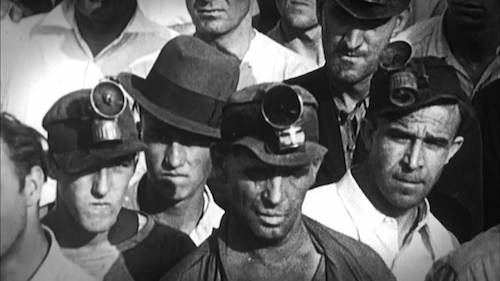 At the dawn of the 20th century, coal was the fuel that powered the nation. Yet few Americans thought much about the men who blasted the black rock from underground and hauled it to the surface. The Mine Wars tells the overlooked story of the miners in the mountains of southern West Virginia — native mountaineers, African American migrants, and European immigrants — who came together in a protracted struggle for their rights. Decades of violence accompanied their attempts to form a union, culminating in the Battle of Blair Mountain in 1921, the largest armed insurrection since the Civil War. The West Virginia mine wars raised profound questions about what freedom and democracy meant to working people in an industrial society. Featuring extensive archival footage, including a recently discovered newsreel of the aftermath of the Battle of Blair Mountain, and interviews with authors, historians, and descendants of miners, the film is executive produced by Mark Samels, produced and directed by Randall MacLowry, and written by Mark Zwonitzer. The Mine Wars airs on AMERICAN EXPERIENCE Tuesday, September 3, 2019; 8:00-10:00 p.m. on WOUB.

“The film shows a different side of the miners, who were willing to do a back-breaking and dangerous job, yet who were often dismissed and denigrated by the rest of the country.”

“This is a truly American story about people fighting for their dignity and the rights they believed had been promised by their government, but which had been denied by their employers,” said AMERICAN EXPERIENCE Executive Producer Mark Samels, who had previously produced a multi-part series on West Virginia’s history. “The film shows a different side of the miners, who were willing to do a back-breaking and dangerous job, yet who were often dismissed and denigrated by the rest of the country.”

The Mine Wars features a remarkable cast of characters, including labor organizer Mary Harris “Mother” Jones, who was 64 years old when she arrived in the coalfields of southern West Virginia in 1901. Known as “the miner’s angel” and a self-proclaimed “hell-raiser,” Mother Jones came to convince coal miners in the area to stop acting like “cringing serfs” and join the UMWA — the United Mine Workers of America. One of those heeding her call was Frank Keeney, a fourth-generation West Virginian who rose to become district leader for the union.

The coming of coal mining had brought rapid changes to the hills and hollows of West Virginia. Coal companies hired native Appalachians and brought in additional workers to do the most dangerous job in the country — yet provided few safety measures. Miners and their families were forced to live in company-owned towns where coal operators exerted near-total control over their lives. Coal companies often paid the salaries of public law enforcement and hired private guards armed with rifles and machine guns to police the mining towns, a practice the miners detested. During the West Virginia mine wars, coal miners took up arms to claim the freedom they believed they were entitled to as American citizens. “In our town we have many good things, good churches and schools,” one miner summarized, “but there is another thing of much more importance that the coal operators have intentionally overlooked — our freedom.”

During World War I, coal production boomed and the federal government established price and wage controls over the industry. But a national recession followed the war and coal operators tried to roll back the gains miners had realized. At the end of January 1920, the union announced its intention to organize every mine in southern West Virginia. Frank Keeney focused his efforts on making a push into West Virginia’s most stubbornly non-union counties — Mingo, McDowell, and Logan.

On May 19, 1920, a group of private detectives arrived to evict striking miners outside the town of Matewan. The town’s pro-union, gun-slinging chief of police, Sid Hatfield, resisted the agents. A shootout erupted, leaving Matewan’s mayor, two townspeople, and seven detectives dead. The “Matewan Massacre” elevated Hatfield to folk hero and emboldened more miners to join the fight. Over the next year, a virtual state of war existed in Mingo County. 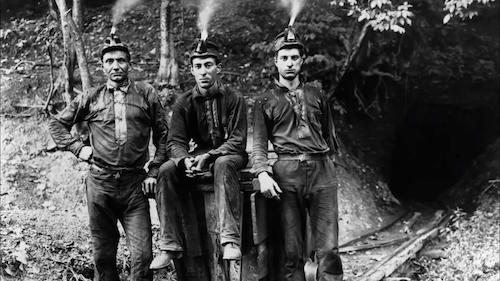 On August 1, 1921, a group of mine guards assassinated Sid Hatfield in broad daylight, making Hatfield a martyr for the union cause. National newspapers picked up the story, painting West Virginians as primitive and uncivilized. Thousands of armed, angry miners massed near the state capital of Charleston, ready to march to Mingo County. Standing in their way was Logan County Sheriff Don Chafin and a hastily assembled 3,000-man army of mine guards, deputies, and local citizens. For three days, a battle raged across a 25-mile front. Known as the Battle of Blair Mountain, the conflict required the intervention of federal troops. The miners, many of whom had fought during World War I, greeted the U.S. Army troops as liberators, but soon realized that federal and state power would once again side with the coal operators. Hundreds of miners were indicted for murder and Frank Keeney and over 20 others were charged with treason against the state; all but one were acquitted of the treason charges.

Despite decades of struggle and armed insurrection, the miners’ goals of union recognition and removal of the mine guard system remained unmet. It was not until 1933 that the federal passage of pro-union New Deal legislation finally outlawed private police forces and recognized the rights of miners to form the union for which they had fought and died during the mine wars.