Click here for additional educational resources that align with the programming for Tuesday, June 2nd. #LearnAtHome

Join Scott Yoo, renowned violinist and conductor of the Mexico City Philharmonic, in Now Hear This, a new four-part documentary miniseries presented by Great Performances that merges music, storytelling, travel and culture, as he chases the secret histories of some of the greatest music ever written. Great Performances: Now Hear This premieres Fridays, September 20-October 11 at 9 p.m. on PBS, pbs.org/nowhearthis and the PBS Video app. 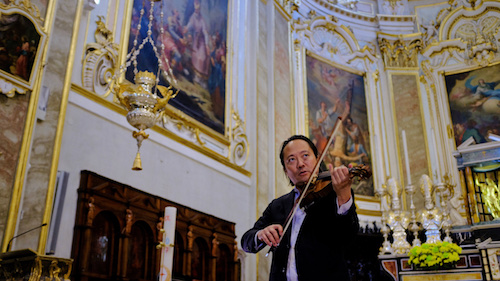 Throughout the series, Scott Yoo meets and collaborates with world-renowned virtuosos, local musical heroes across many genres, artisan instrument makers, music historians and other charismatic characters on his travels through Italy, France, Germany, Spain and Morocco. He visits legendary concert halls, architectural masterworks, jazz jam sessions and never-before-filmed archives to connect the classics to the contemporary – finding time to explore and enjoy the culture along the way.

Each episode of Great Performances: Now Hear This focuses on a great composer, tracing the creation of their masterpieces and the profound, lasting cultural impact of their music, while exploring little known or recently discovered works and new music they inspired.

Premieres Friday, September 20 at 9 p.m. on PBS, pbs.org/nowhearthis and the PBS Video app

In the series premiere, Scott Yoo crosses Northern Italy, chasing the story of one of the most recorded pieces of music in the world, Vivaldi’s “The Four Seasons,” and discovers how the composer merged religious melodies, opera and a new level of violin playing to launch a new era of music. On the journey, Yoo discovers a new Vivaldi work, his connection to Stradivarius, a trove of original manuscripts and how Vivaldi’s music was almost lost to history.

Great Performances: Now Hear This “The Riddle of Bach”
Premieres Friday, September 27 at 9 p.m. on PBS, pbs.org/nowhearthis and the PBS Video app

Scott Yoo goes to Germany to learn Bach’s sonatas and partitas, widely considered among the greatest works ever written for solo violin. There, Yoo discovers a riddle Bach left behind in his portrait. In trying to solve it, Yoo and his wife, leading flutist Alice Dade, discover that Bach based his melodic style on Vivaldi and his rhythms on the music of the French court, which leads to a spectacular finale in Paris. 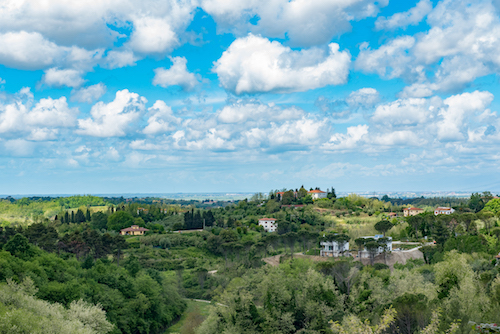 Great Performances: Now Hear This “Scarlatti: Man Out of Time”
Premieres Friday, October 4 at 9 p.m. on PBS, pbs.org/nowhearthis and the PBS Video app

Join Scott Yoo in Spain and Morocco to discover the greatest composer you’ve never heard of: Domenico Scarlatti. He was the finest keyboard player in Europe, hired by the Queen of Spain as her personal instructor. Into Vivaldi’s melodies and Bach’s fugues, Scarlatti incorporated the sounds of Spain – Moorish, Jewish, Gypsy, folk, dance and guitar – to create a new musical language that inspired generations of musicians after him.

Before becoming the most famous composer of his time, Handel gained a lifetime of experience in Italy. Welcomed by wealthy patrons, he traveled with the Scarlatti family and learned from Corelli and the masters of the Italian Style. Yoo returns to Italy to follow in Handel’s footsteps, taking in the art, architecture, fashion, food, wine, light and landscape that, even beyond Italian music, shaped this German composer for the rest of his life.

“Great Performances is delighted to debut this new miniseries with Scott Yoo,” said Great Performances Executive Producer David Horn. “With our long tradition of presenting the best in performance, we see this series as an opportunity to dig deeper into the origins of baroque music by hearing virtuoso musicians in their native cultures, incorporating elements of investigative documentary and travelogue to help viewers better understand this enduringly beautiful music.”

“For years I’ve wanted to share the amazing stories behind our most celebrated music with a wider audience,” said Now Hear This Host and Executive Producer Scott Yoo. “With Now Hear This, I can finally bring viewers to the musical capitals of Europe on spectacular journeys of discovery. It’s fitting that great music, great travel and great stories at last come together on Great Performances.” 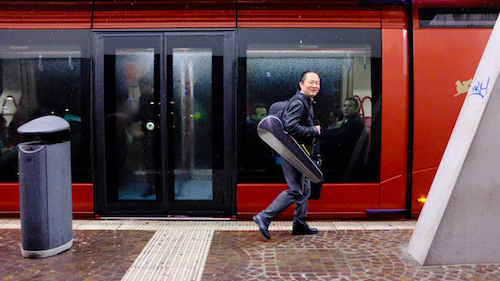 Yoo is the Chief Conductor of the Mexico City Philharmonic, the Music Director of Festival Mozaic, the Conductor of the Colorado College Music Festival and the founder of the Medellín Festicámara, a chamber music program that brings together world-class artists with underprivileged young musicians. He has led the Colorado, Dallas, Indianapolis, New World, San Francisco, and Utah Symphonies.

Now Hear This was created by producer, writer and director Harry Lynch and is a production of Arcos Film + Music. Harry Lynch, Scott Yoo, Marion Lear Swaybill and Richard Lim are executive producers. Great Performances is produced by THIRTEEN Productions LLC for WNET, one of America’s most prolific and respected public media providers. Bill O’Donnell is series producer and David Horn is executive producer.

Throughout its more than 40-year history on PBS, Great Performances has provided viewers across the country with an unparalleled showcase of the best in all genres of the performing arts, serving as America’s most prestigious and enduring broadcaster of cultural programming. The series is available for streaming simultaneously on all station-branded PBS platforms, including PBS.org and the PBS Video app, which is available on iOS, Android, Roku, Apple TV, Amazon Fire TV and Chromecast. PBS station members can view episodes via Passport (contact your local PBS station for details).

La Traviata | GREAT PERFORMANCES AT THE MET | Friday, April 5 at 9

Great Performances – Ellis Island: The Dream of America with Pacific Symphony | June 29 at 10

Great Performances: “Doubt” from the Minnesota Opera | Friday, January 25 at 9