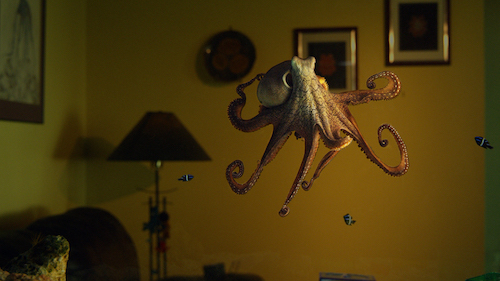 Octopus behavior has fascinated humans for centuries; their unique shape and skillsets often provide the inspiration for extraterrestrials in science fiction. New in the world of cephalopod research is the extent to which these intelligent animals are individual personalities – able to recognize faces and interact with other individuals – all of which is an odd adaptation for an animal thought to live an asocial existence. Follow this new science through the story of a pet octopus and its evolving relationship with the passionate American scientist studying it in Nature – Octopus: Making Contact, premiering nationwide Wednesday, October 2 at 8 p.m. on PBS, pbs.org/nature and the PBS Video app.

Dr. David Scheel, a professor of marine biology at Alaska Pacific University in Anchorage, raises a day octopus in a tank in his home with assistance from his teenage daughter Laurel. Given the name Heidi, the octopus bonds with the Scheels, showing recognition of their faces, excitement when the humans come near and an inclination for playing with Laurel. Scheel links his discoveries — which also include Heidi’s demonstrated abilities to change color, solve puzzles, use tools and escape through small spaces — to octopus findings from all over the world, further proving the extraordinary intelligence of these incredible creatures. 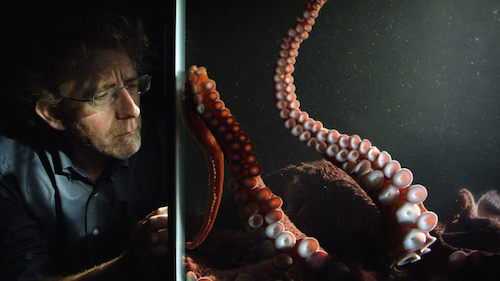 “Octopuses followed a different evolutionary path, making them different from all other intelligent animals on this planet,” said David Scheel. “I am less intrigued by the differences and more interested in our similarities. What kind of a connection is possible with an animal that has three hearts and blue blood running through its veins? It’s been a privilege to have a relationship with such a strange and wonderful creature.”

Now in its 38th season on PBS, Nature brings the wonders of natural history to millions of American viewers. The series has won more than 700 honors from the television industry, the international wildlife film communities and environmental organizations, including 18 Emmys and three Peabody Awards. The series is available for streaming simultaneously on all station-branded PBS platforms, including PBS.org and the PBS Video app, which is available on iOS, Android, Roku, Apple TV, Amazon Fire TV and Chromecast. PBS station members can view episodes via Passport. 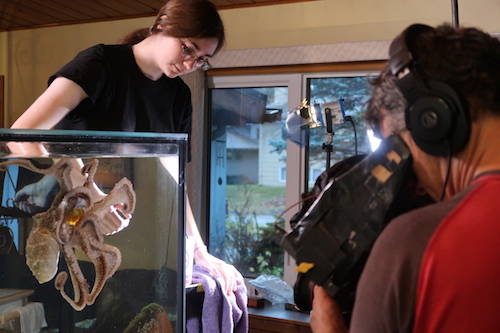 Nature is a production of THIRTEEN PRODUCTIONS LLC for WNET and PBS. For Nature, Fred Kaufman is Executive Producer, Bill Murphy is Series Producer and Janet Hess is Series Editor. Octopus: Making Contact is a Passion Planet Ltd production for THIRTEEN PRODUCTIONS LLC and BBC in association with WNET. The documentary is written and produced by David Allen and is directed by Anna Fitch.