ATTLA tells the gripping but little-known story of George Attla, an Alaska Native dogsled racer who, with one good leg and fierce determination, became a legendary sports hero in Northern communities around the world. Part dog whisperer, part canny businessman and part heartthrob, Attla rose to international fame during a unique period of history when Western education, economies, and culture penetrated the Alaskan village lifestyle and forever changed the state with the discovery of oil in the late 1960s. The film interweaves the story of Attla’s racing career into the final chapter of his life, as he emerges from retirement to train his 20-year-old grandnephew to compete in one of the world’s most popular sprint dogsled races. Directed by Catharine Axley, ATTLA premieres on Independent Lens Monday, December 16, 2019, 10:00-11:00 PM on PBS, PBS.org and the PBS Video App. 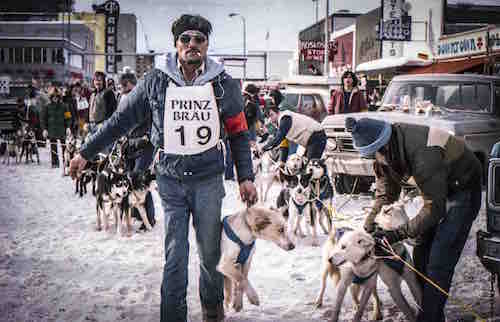 Interviews with family members, sportswriters and contemporaries, combined with never-before- seen archival footage and photographs bring Attla’s story to life. Born into a semi-nomadic family in the remote interior of Alaska in 1933, Attla grew up living off the land until a diagnosis of tuberculosis of the bone forced him to spend more than nine years of his childhood in and out of hospitals. Over 750 miles away from home, in a sanitarium in Sitka, Alaska, Attla learned English but lost most of his Native Koyukon language. This early isolation from his family and culture contributed to Attla’s complicated and fraught sense of identity, driving him to find a niche where he could define who he was and who he could become on his own terms. That niche became dogsled racing.

Due to his fused kneecap and stiff leg, Attla’s rapid ascent to world champion dog musher surprised many. But it was his ongoing rivalries with better-financed white dog mushers, his public persona, and his longevity in the sport that made him legend.

As the film begins, Attla decides to emerge from retirement, driven by the rising tide of substance abuse, mental health issues, and suicide he witnesses in his own village and others around the state. He wants to bring hope to his hometown of Huslia in the way he knows best — through dogs. George asks his grandnephew, Joe Bifelt, to return home so he can train him to compete in the Open North American Championship, the same race that Attla won eight times. To do so, Joe must leave his college campus and spend his sophomore year taking online courses, but he knows the chance to spend time with his great uncle is a once-in-a-lifetime opportunity to learn the stories, knowledge and history that are rapidly being lost with the passing of elders.

After months of training together and with only weeks left before the race, Attla becomes ill and must leave Joe to undergo treatment in Anchorage. Joe is suddenly forced to put his training into action and prepare the dog team alone. Following his great uncle’s passing, ATTLA culminates in Joe’s participation at the Open North American Championship dogsled race, where he is determined to carry on his great uncle’s legacy.

“ATTLA is a rare sports film that blends the excitement of an Iditarod race with the humanity of a cultural icon dedicated to giving something back,” said Lois Vossen, Independent Lens Executive Producer. “During the 1960s and 70s most of the money in competitive dog sledding was being made by white men when George Attla showed that a Native person could beat the odds to become a champion and a star. Even more impressive was his commitment to help his Native community and future generations.” 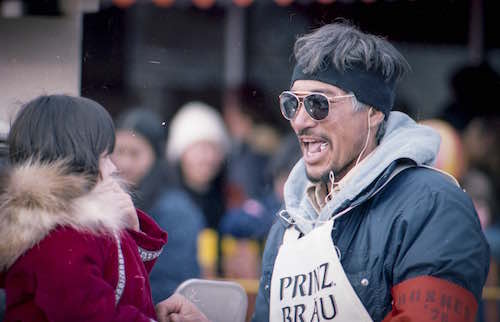 ATTLA received co-production support from ITVS through its Open Call funding initiative, which supports projects through completion for broadcast on public television. Ahead of its broadcast premiere on Independent Lens, the film won Best Documentary Feature at the American Indian Film Festival in November.

Visit the ATTLA page on Independent Lens for more information.

George Attla (Koyukon Athabascan) was one of the most celebrated sprint dog sled racers in Alaska. A ten-time Fur Rendezvous world champion and eight-time Open North American champion, Attla raced across Alaska, Canada, and the northern United States for five decades, attaining a sports hero status across the region. Born in 1933 into a subsistence lifestyle in interior Alaska, Attla lived through a childhood bout with tuberculosis that required hospitalization for nine years. The disease left him with a fused kneecap. His leg and cultural isolation from family and community made a transition back into subsistence living challenging, but Attla soon discovered a passion for racing dogs. In 1958, he traveled to Anchorage for the first time and won his first Fur Rendezvous World Championship.

His racing prowess and ability to identify and train exceptional dogs soon became legend, as he attracted audiences to sprint racing from across the state, the country, and beyond. In his retirement, Attla founded the Frank Attla Youth & Sled Dog Program in Huslia to introduce a new generation to dog mushing as a sport and cultural activity. Attla worked with the community and youth in Huslia until his death in 2015. A new youth dog mushing program inspired by Attla, A- CHILL (Alaska Care and Husbandry Instruction for Lifelong Living), was launched in 2016 in interior Alaska.