“Perry Como Classics – Till The End of Time (My Music)” Saturday, March 7 at 7 pm

PERRY COMO CLASSICS: TILL THE END OF TIME

For over 50 years, Perry Como ranked as one of America’s most successful and beloved entertainers. A big band singer in the late 1930s, a radio star in the 1940s and then a TV headliner in the 1950s and beyond, Perry was a warm and welcome presence in tens of millions of households for six decades, charting over 100 hit songs along the way. Now, for the first time, a collection of Como’s biggest hits from long-lost and newly-restored episodes from his TV series — including rare color programs and more recently discovered footage — is being presented in this PBS special. 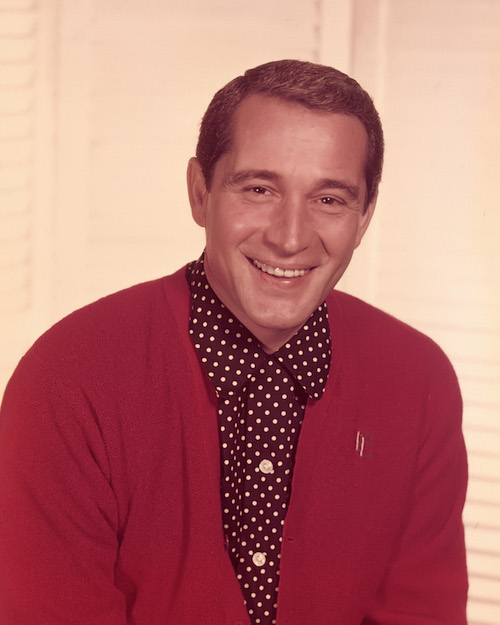 Hit records such as “It’s Impossible,” “Catch A Falling Star,” “Some Enchanted Evening,” “Magic Moments,” “Round & Round,” “Home For The Holidays,” “And I Love You So,” “No Other Love,” “Hot Diggity” and dozens more made Perry Como the second most popular male singer of the 20th century on the record charts, ahead of Tony Bennett and Frank Sinatra and just behind Bing Crosby.

Como was a television staple for over 40 years, beginning with his hosting duties in the late 1940s on “The Chesterfield Supper Club” through the early 1990s in series and specials that set the standard for variety programming, winning numerous Emmy Awards and other accolades while drawing devoted viewers around the globe.

With warm remembrances from celebrities like Carol Burnett, Regis Philbin, Jay Leno, Kathy Lennon (of The Lennon Sisters), Leonard Maltin, Richard Carpenter, Debby Boone, Steve Tyrell and others, this new special offers a fond look at a talent beloved both on and off the stage and screen.

PERRY COMO CLASSICS: TILL THE END OF TIME (MY MUSIC) features these performances:

Perry Como Classics: Till the End of Time | Today at 4:30

Perry Como Classics: Till the End of Time | Tonight at 8

Perry Como Classics: Till the End of Time | Tonight at 8

Perry Como Classics: Till the End of Time | Coming Tuesday at 8 pm