Microsoft said Sunday it has discussed with President Trump its plan to acquire TikTok’s U.S. operations, just as the White House threatens to blacklist the hugely popular Chinese-owned app.

“Following a conversation between Microsoft CEO Satya Nadella and President Donald J. Trump, Microsoft is prepared to continue discussions to explore a purchase of TikTok in the United States,” the software giant said in a blog post.

It’s Microsoft’s first public acknowledgement that it’s in talks to take over TikTok, a deal that could be worth billions of dollars. News of the talks first trickled out on Friday.

“Microsoft fully appreciates the importance of addressing the President’s concerns. It is committed to acquiring TikTok subject to a complete security review and providing proper economic benefits to the United States, including the United States Treasury,” Microsoft said. 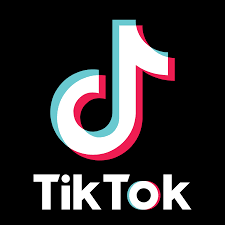 An acquisition of TikTok would open up a vast user base of digitally savvy teens and 20-somethings for Microsoft, a $1.5 trillion company that owns Xbox, LinkedIn and Skype, in addition to its legacy Windows software products.

It is unclear if such a deal would mollify the Trump administration, which has for weeks vowed to clamp down on the app over fears that TikTok’s Beijing-based parent company, ByteDance, could turn over personal data about American citizens to the Chinese Communist Party.

On Saturday, Trump told reporters he does not support an American company seizing control of TikTok’s U.S. assets, but Microsoft’s announcement on Sunday appears to indicate that the parties may have been able to hammer out terms that placate Trump.

TikTok, which has been downloaded more than 180 million times in the U.S., says it has never received a request from Chinese authorities and that the company would deny any such attempt to review the data of U.S. citizens. But experts who study Chinese law say Beijing has broad powers to compel private companies to comply with government requests for information if any such request was sought.

TikTok has landed in the White House’s cross hairs amid a moment in which the Trump administration has turned up the heat on China, at first over the the country’s handling of the coronavirus outbreak. But it has since morphed into a larger fight over the fear that China will attempt to grow its global reach by stealing technological and medical secrets from the U.S.

In its statement, Microsoft said it hopes to complete discussions about acquiring TikTok no later than Sept. 15.

The possible merger has been relayed to the Committee on Foreign Investment in the United States, a federal interagency panel that has been considering sanctions against TikTok and even challenging its 2017 acquisition of Musical.ly, a TikTok predecessor that had assembled a large American following and helped fuel TikTok’s rise in the U.S.

Microsoft said it would ensure that the private data of TikTok users in the U.S. remains in America.

“To the extent that any such data is currently stored or backed-up outside the United States, Microsoft would ensure that this data is deleted from servers outside the country after it is transferred,” Microsoft sad.

TikTok says none of its data on U.S. citizens is stored in China. Instead, the company says it maintains servers in Virginia with backup storage in Singapore.

TikTok maintains that its ByteDance headquarters in Beijing does not have direct access to data linked to its U.S. users.

Some in the Trump administration remain skeptical about a deal.

Peter Navarro, Trump’s trade adviser, suggested on Fox News on Saturday that a Microsoft-TikTok merger would not resolve the administration’s national security concerns.

Microsoft, Navarro said, is the “software that the People’s Liberation Army and Chinese government run on,” he said. “Microsoft helped China build its great firewall that is used to surveil and monitor and censor and imprison sometimes, the Chinese people.”