Secrets of the Dead: Hannibal in the Alps

Hannibal, one of history’s most famous generals, achieved what the Romans thought to be impossible. With a vast army of 30,000 troops, 15,000 horses and 37 war elephants, he crossed the mighty Alps in only 16 days to launch an attack on Rome from the north. For more than 2,000 years, nobody has been able to prove which of the four possible routes Hannibal took across the Alps, and no physical evidence of Hannibal’s army has ever been found…until now. In Secrets of the Dead: Hannibal in the Alps, a team of experts—explorers, archaeologists, and scientists—combine state-of-the-art technology, ancient texts, and a recreation of the route itself to prove conclusively where Hannibal’s army made it across the Alps – and exactly how and where he did it. 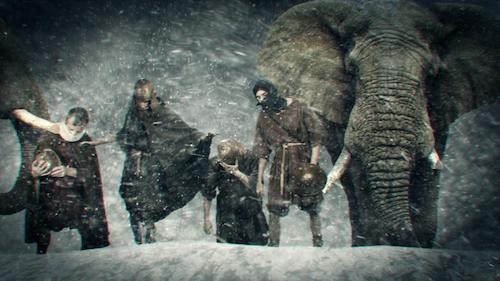 FRONTLINE’s “Once Upon a Time in Iraq”- the Iraq War as You’ve Never Seen It Before; Tuesday July 14 at 9 p.m.