NOVA Investigates the Story of Cannabis in the U.S. with “The Cannabis Question” – September 29 at 9 pm

As more U.S. states move toward legalizing cannabis, NOVA reports on the latest science investigating the plant and its medical benefits and risks, and explores the decades of criminalization disproportionately targeting communities of color

The award-winning PBS science series, NOVA announced THE CANNABIS QUESTION, a new film exploring our relationship with cannabis, uncovering what scientists have discovered about the plant’s effects on the body and brain, including its potential risks and medicinal benefits, and the demonization and criminalization that has disproportionately harmed communities of color over several decades. THE CANNABIS QUESTION premieres Wednesday, September 29, at 9 p.m. on PBS and will also be available for streaming online at pbs.org/nova and via the PBS video app.

More than 80 years after America ended one kind of prohibition, it is ending another. Cannabis is growing into a multi-billion-dollar industry as it moves out of the shadow of the illicit market and into newly legalized mainstream commerce. Increasingly eaten, dabbed, vaped, and smoked, cannabis is on the rise and our nation is at a crossroads. The long-demonized plant has been decriminalized in dozens of states, legalized in many, and is frequently marketed as a medicine. Nearly fifty-five million Americans say they currently use it, and yet there’s been surprisingly little scientific investigation of the plant in the U.S. 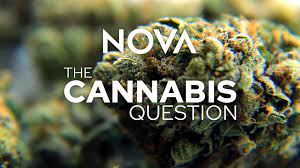 Though many believe cannabis is benign, and even beneficial, confusion reigns as the federal government still classifies it as a Schedule 1 drug—in the same category as heroin—with no approved medical uses. Because of this classification, research that focuses on the plant’s complex chemicals—and its effects on users—has been limited.

“A majority of Americans now live in states where cannabis is legal. As more people make their own choices about cannabis use, this film explores what scientists have learned so far about the potential benefits and risks” said NOVA Co-Executive Producer Julia Cort. “We hope THE CANNABIS QUESTION will inspire people to join the national conversation about cannabis—informed by the science, and also by the story of how the plant has been weaponized against marginalized communities, causing irreparable harm.”

THE CANNABIS QUESTION follows scientists such as Daniele Piomelli at UC Irvine and Yasmin Hurd at Mount Sinai Hospital, who are leading research on the endocannabinoid system—a collection of chemicals and receptors throughout the brain and body that help the body maintain balance, or homeostasis. In fact, the cannabinoid receptor—named after cannabis—is the most abundant receptor in the brain. These receptors bind with our own cannabis-like molecules, called endocannabinoids, regulating key functions such as appetite, cognition, memory, and emotion. The disruption of this crucial biological system can be associated with psychiatric disorders such as post-traumatic stress disorder (PTSD). Cannabis contains over 100 cannabinoid compounds, chemicals that mimic those in our own bodies. One is THC, which produces the “high” associated with cannabis use. Another, called CBD, shows promise for treating epilepsy, opioid addiction, and anxiety.

“THE CANNABIS QUESTION is one of the first documentaries to closely examine the latest scientific research on our body’s endocannabinoid system and how cannabis engages it,” said Writer, Producer, and Director Sarah Holt. “I hope viewers will come away with an understanding of why this is one of the most important regulatory systems in our body—and anytime you use cannabis, you are engaging with it.”

The film presents the current understanding about some of the potential medical benefits of cannabis, while raising questions that require more research. Along the way, viewers hear personal stories from individuals who use it medicinally to treat ailments that include side effects from chemotherapy, PTSD, anxiety, and chronic pain—helping patients cut back on the use of opioids and other pharmaceutical drugs. NOVA follows Stanford neuroscientist Catherine Jacobson who experimented with CBD extracts as a treatment for her son, whose chronic epilepsy was causing crippling seizures and was not controlled by pharmaceutical drugs. Her work helped pave the way for one of only a handful of FDA-approved cannabis-related drugs—Epidiolex, which can be prescribed to treat seizures. The film goes on to document several clinical trials around cannabis currently underway, including research investigating whether CBD could improve life for some children with severe autism. 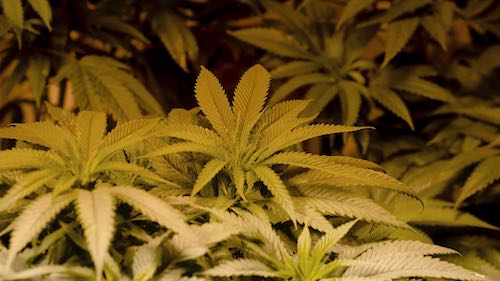 When it comes to recreational use, scientists are just beginning to explore important questions about the risks that cannabis may pose to the developing brain. Scientists have learned that humans’ endocannabinoid levels are lower early in life and increase greatly during the developmental window leading into adolescence, a period when many try using cannabis. THE CANNABIS QUESTION features a clinical study by psychologist Joanna Jacobus who has scanned over 1,000 teenagers’ brains to decipher cognitive differences between those who use cannabis and those who don’t. Viewers also meet Cynthia Rogers, Arpana Agrawal, and Ryan Bogdan, at Washington University in St. Louis, whose research centers around prenatal exposures to cannabis and how it affects brains at the earliest stages of development. Until more data can be collected, scientists recommend caution to protect the developing brain, especially since cannabis use is increasing among pregnant women, with ads marketing it as a treatment for morning sickness and insomnia.

In addition to examining the potential health benefits and risks posed by cannabis use, NOVA traces the history of the criminalization of cannabis—a massive public health disaster causing irreparable harm—starting in 1937 when the drug became illegal in the U.S. At the time, government officials tapped into the prejudice towards Mexican immigrants, demonizing the Mexican Spanish word for cannabis—“marijuana”—and claiming it caused violent and deviant sexual acts. In the 1970s, Richard Nixon ignored an expert panel recommending decriminalization, and declared a “war on drugs,” targeting radical youth, the poor, and especially people of color. Ultimately, the “war on drugs” would cost around a trillion dollars and contribute to a 700% increase in incarceration in under 40 years. Millions of Americans are arrested for cannabis each decade, and some 40,000 are currently in prison, mainly for possession charges.

Kassandra Frederique, executive director of the Drug Policy Alliance, explains that regardless of state-by-state legalization, cannabis is still one of the driving forces fueling mass incarceration in the U.S., and it is disproportionately targeting communities of color. Despite the fact that government data shows usage is equal across races, more people of color are arrested for cannabis-related offenses. The film follows the story of Sean Worsley, an Iraq War veteran from Arizona who used medical cannabis to treat PTSD. While traveling through the state of Alabama, Worsley and his wife stopped at a gas station, where police arrested the couple—who are Black—despite Sean’s carrying a medical marijuana card making it legal for him to obtain and use cannabis in his home state. Worsley was charged with multiple felonies  and ultimately incarcerated, kicking off a series of events so stressful he eventually suffered a stroke. Experts note Worsley’s story is a common example of how racism continues to drive the war on cannabis. For people of color, this often means a vicious cycle of arrests, incarceration, poverty, and dramatically negative effects on overall health and quality of life.

While an enormous number of Americans continue to experience the devastating effects of criminalization, cannabis is creating a thriving wellness industry for others in legalized states—and government regulation is poised to become a major national debate.