‘The Last Of His Mind: A Year In the Shadow Of Alzheimer’s’ recounts John Thorndike’s poignant final year with his father

When author John Thorndike’s father, Joseph Thorndike, started writing Christmas cards to people who didn’t exist and forgetting his way home while driving his car, it was as though some unkind stranger was kicking off a slow, brutal ransack on a once meticulously curated library.

John Thorndike uprooted his life in Athens, OH to live with and care for his father for a year before his father’s passing in November 2005. Thorndike witnessed his father, who had once been the managing editor of “Life” magazine and who had authored multiple books, gradually lose his ability to think, speak, and write. Thorndike poignantly details the experience of caring for his father in a memoir entitled “The Last of His Mind: a Year In the Shadow of Alzheimer’s.” In September, Swallow Press published a second and expanded edition of the book. 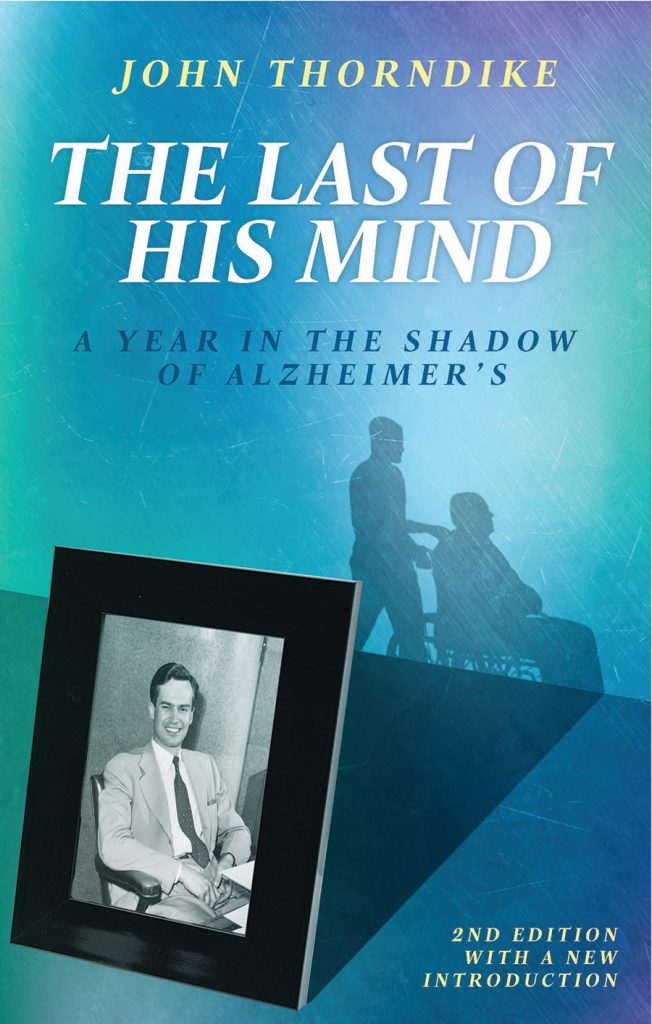 Up until his father became ill, Thorndike, like most Americans, hadn’t spent much extended time with his father after leaving home as an adolescent. Now that Thorndike’s own son is well into adulthood, Thorndike said he’s been on both sides of this heartrending predicament.

“I remember when my son was leaving for college thinking ‘oh, yay! I am going to be free. I’m not going to have to be this caregiver – or whatever you do with teenagers – this is going to be fabulous!” Thorndike said. “After my son left, I moved to Santa Fe, New Mexico, and I rented a place and I started living there. I remember waking up, maybe on my second morning there, with this realization that I was never going to have that day-to-day life with my son ever again — until perhaps he’s got to take care of me.”

Given that his father was an avid reader and writer – to say the least – Thorndike said he often wonders what his father would have thought of “The Last of His Mind” if he had been given the opportunity to read it.

“(The book) is so much unlike him. I’m telling intimate stories about him, about my mother, about my family, and that was not my father’s way. He was not, in the words of a rap song my son made up back in high school: ‘much into broken hearts, emotions and feelings.’ He was very much a New Englander. So in a way you would think a lot of these things would embarrass him, and perhaps they would,” said Thorndike. “But my father also had another fabulous quality: he did not coerce me into doing things. He never even told he was disappointed when I did all the crazy things I did in life – like abandoning a Ph.D. program at NYU and heading off to Chile to live in the back country on farm with no water or electricity or car or anything else. My dad just accepted whatever I did. So I’m confident that he would not object to what I’d done. He would just say, ‘That’s your way. Go ahead and live that life and write that book.’”

Thorndike has a number of upcoming events associated with “The Last of His Mind”:

Don’t Forget About AM Radio – Give It A Chance