For 25 years Bill Schoonover’s Annual Children’s Fishing Tournament has been exposing area children ages one to 16 to the thrills, satisfaction, and joy of fishing. The entirely free event will take place this Sunday, June 5 at Lake Snowden, with registration open from 8:30 a.m. to 10:30 a.m. followed by the fishing tournament from 10 a.m. to noon.

The tournament was founded in 1997 by William “Bill” Schoonover, a passionate hunter, fisherman, and harness racing fan. The event continues in Schoonover’s memory, now organized by Schoonover’s family and friends. 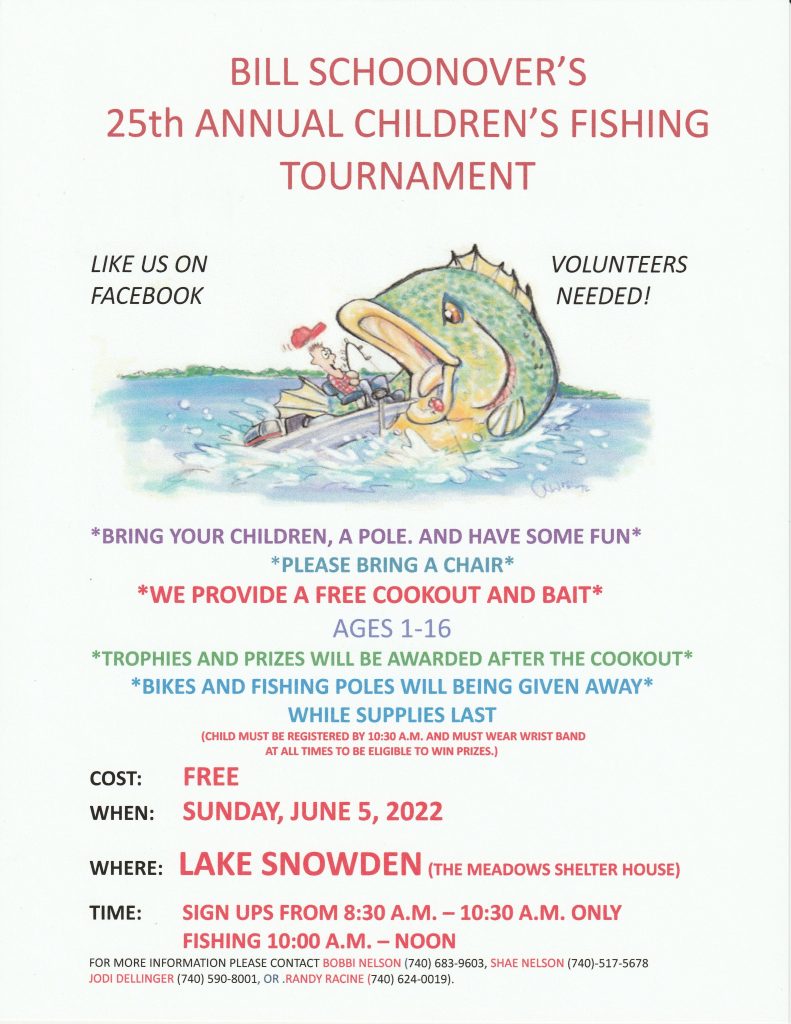 Bobbi Nelson, one of the tournament’s organizers, said the event has humble origins.

“The first year the tournament only had six kids in it – and Bill Schoonover and his girlfriend, Candy Taylor, they had just a little home grill and they fixed hamburgers and hot dogs and had some homemade macaroni salad and baked beans. And now 25 years later, we’re doing the same thing!” said Nelson, noting that the event has grown to include giveaways of items such as fishing poles and bikes to the young participants.

Nelson said the event’s chief goal is to “encourage kids to get outside.”

“The event is about teaching kids a sport and teaching them good sportsmanship. We’re trying to get them off their Xboxes and Playstations and just get outside,” said Nelson.

Free fishing bait and poles are provided to all children who take part in the event. The event also features a free cookout for participants and their families, which kicks off right at noon as the fishing tournament draws to a close and the judging of the tournament begins.