The Mona Lisa is Missing

More than 8 million people pass through the Louvre, most of them just to get a glimpse of the Mona Lisa. 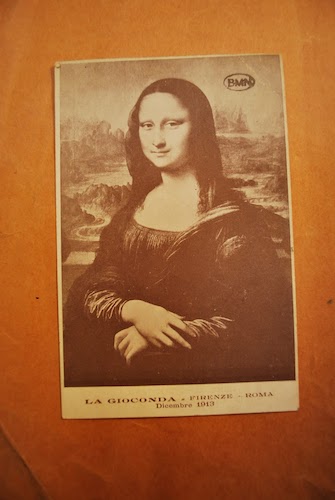 But how would they feel knowing that Vincenzo Peruggia, a simple Italian workman, stole the painting in 1911 and had the Mona Lisa all to himself, hidden away in his squalid room in Paris for nearly two-and-a-half years?

Stunned? Curious? Perplexed? How did he do it? And WHY?

Mona Lisa is Missing’s success with audiences is in the storytelling. It tells the tale of a 35-year long obsession to find the truth about why and how Vincenzo Peruggia stole the iconic painting. Since 1976, Joe Medeiros, former head writer of The Tonight Show with Jay Leno, was fascinated with the story. But in 2008, it became more than an interest when Medeiros discovered that Peruggia’s only child, 84-year-old Celestina, was living in the town where her father had been born. That’s when the idea for the documentary was born. Celestina, like Medeiros, wanted to know the truth about her father’s theft (he died when she was a toddler) – and she gave Medeiros her blessing to bring her back the answers no matter what the facts would reveal.