The dramatic story of the most complex machine ever launched into space: “Ultimate Space Telescope” on NOVA – July 13 at 9 pm

— New one-hour special shows how NASA engineers built and launched the most ambitious telescope of all time, and the transformational discoveries this new eye on the universe has the power to uncover —

Also Available for Streaming Online at PBS.org/nova, NOVA on YouTube, and on the PBS Video App

The PBS science series NOVA will premiere a one-hour special, ULTIMATE SPACE TELESCOPE, Wednesday, July 13 at 9pm on PBS. The film, which will also be available for streaming online at PBS.org/nova, on NOVA’s YouTube channel, and on the PBS video app, tells the dramatic story of NASA’s James Webb Space Telescope (JWST), the largest and most innovative space telescope ever built, designed to peer deeper back in time and space than humans ever have before. The special takes viewers behind the scenes through the eyes of the engineers and scientists who have dedicated years—some even decades—of their lives to getting Webb off the ground. And, the film will feature some of the telescope’s highly anticipated first images—the day after NASA releases them to the world—along with reactions from some of the team.

“Working with NASA to document this mission has been incredibly exhilarating,” said Producer Terri Randall of Randall Productions. “Like any great endeavor, there were many setbacks in creating this revolutionary telescope, so it was important that we show how challenging the two decades leading up to the launch and deployment were for the JWST team. I am thrilled to tell their story and to now have the opportunity to be alongside them on July 12, capturing the moment NASA reveals the mission’s first images.” 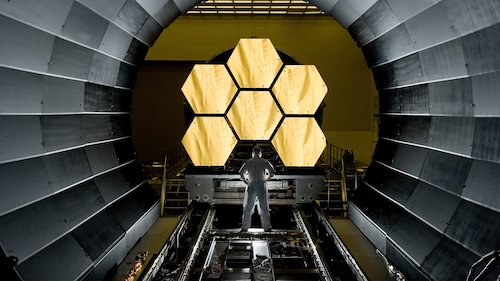 Launched in December 2021, the seven-ton JWST has traveled to its permanent vantage point a million miles from Earth—3,000 times farther than the Hubble Space Telescope—aiming to capture groundbreaking first images of the farthest galaxies. The daunting mission poses a number of risks, with 344 possible points of failure at the time of launch. Should something go wrong, the telescope will be too far away to fix, so there’s no room for error. The most ambitious telescope ever built needs to work perfectly. If it does, scientists believe this new eye on the universe will look deeper back in time and space than ever before to the birth of galaxies and may even be able to “sniff” the atmospheres of exoplanets as we search for signs of life beyond Earth.

“We’re excited to present another groundbreaking moment in space exploration to NOVA’s audiences—giving them a special look inside the mission that could ultimately transform what we know about the universe,” said NOVA Co-Executive Producer Julia Cort. “We’re thrilled to be able to share Webb’s first images and look forward to continuing to follow the telescope’s discoveries in the months ahead.”

Measuring 28-feet tall, JWST pushes the limits of engineering. Its mirror is a massive 21 feet in diameter, almost three times larger than that of its famous predecessor, Hubble. This gold-covered mirror, made up of 18 segments that unfold and adjust to shape after launch, sits on top of a first-of-its-kind sunshield the size of a tennis court. As Webb follows Earth’s orbit, this five-layer sunshield protects the telescope from the light of the sun, the Earth, and the moon, keeping it a frigid minus 394 degrees F. Its state-of-the-art cameras and spectrometers are designed to capture stunning images and spectroscopic data. Despite its mammoth size, it’s fragile. 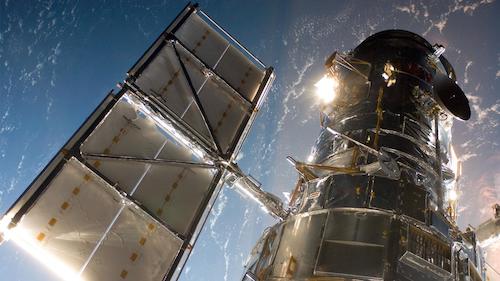 Why undertake such a risky mission? What secrets could this powerful new telescope reveal? To answer these questions, the film looks back on the early major findings of Hubble. Back in the 1990s, Hubble peered into an empty patch of the night sky. After 10 days, what it detected shocked the world: Out of the darkness appeared thousands upon thousands of galaxies. As astronomers scoured the Hubble deep field, they noticed strange, red amorphous galaxies. These ancient galaxies were detected in infrared light. It was a groundbreaking discovery, but Hubble just scratched the surface. To see further back in time, the next generation space telescope, now known as JWST, would need to peer deeper into the infrared spectrum. The feat of engineering required to do that was spectacularly ambitious, and building such a complex machine proved to be much harder than anyone anticipated—and far more expensive.

Originally scheduled to launch in 2007, JWST was met with a number of delays. By 2011, Congress threatened to cancel the mission, citing cost overruns. In 2017, Hurricane Harvey devastated the city of Houston, severely impairing the scientists’ access to power and electricity just as they were putting the telescope through a crucial set of tests–yet, they were able to persevere. Ultimately, it took more than two decades for the $10 billion telescope to make it to the launch pad.

“We’ve been following this dramatic story for many years, even though the fate of the telescope was often in doubt,” said NOVA Co-Executive Producer Chris Schmidt. “ULTIMATE SPACE TELESCOPE places you in the middle of the action, as an incredible team of scientists and engineers embark on this high-stakes mission to build the most complex telescope the world has ever seen. We’re excited to tell their inspirational story.”

ULTIMATE SPACE TELESCOPE introduces viewers to the engineers responsible for building, launching, and deploying the most ambitious telescope of all time, chronicling the ups and downs of the events leading to its launch. The film gives viewers a behind-the-scenes look at the nerve-wracking, step-by-step process of each critical deployment, leading up to a thrilling success: JWST’s first image: A picture of a single star that turned out to be much more—an image revealing never-before-seen galaxies.

The film will include the latest developments from the JWST mission, right up until the moment it airs on PBS. NASA is set to release the first full-color images and spectroscopic data from the telescope on July 12, some of which NOVA will add to the special just hours before its broadcast. It will also feature footage of reactions to JWST’s findings from the scientists and engineers who worked on the mission. A second NOVA film about the JWST, currently in production, is set to premiere on PBS in early 2023. That film will delve even deeper into Webb’s discoveries—following its developments in the upcoming months—and reveal what they could mean for our understanding of the universe.

The COVID situation in Ohio is not great. It’s expected to worsen in the coming weeks

Why Do We Dream?