Featuring breathtaking photography, the second season of this landmark series explores Africa’s wildest river, the Zambezi; Europe’s Danube River, which travels through more countries than any other river; and North America’s great frozen river, the Yukon. Journey from source to mouth and travel through awe-inspiring landscapes to discover the spectacular wildlife and fascinating people that thrive along three of Earth’s greatest rivers.

From surfers riding mysterious waves in deep gorges, to elephants battling rapids above Victoria falls, the largest curtain of water on earth. This is the story of the wildlife and people of the Zambezi, Africa’s extraordinary shape-shifting river. 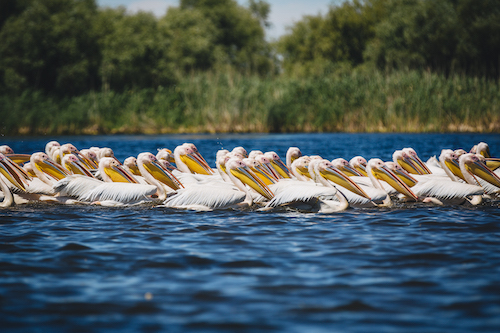 Europe’s mighty and majestic Danube, full of glorious riches and magical surprises, is the world’s most international river. See how its epic journey is like no other – featuring stunning secret tributaries, baby turtles, and a waterfall-riding kayaker.

Communicating in Numbers: The Accounting life of Dr. Ann Gabriel

The Language Of Cybercrime