Elvis and the USS Arizona

In the late-1950’s the USS Arizona Memorial Commission was struggling to raise money for a memorial that should have been fully funded by now. After all, 1,1777 crewmen died on December 7, 1941, on the battleship, over 900 of them still entombed aboard her today. It was the 1950’s and perhaps most Americans just wanted to put World War II behind them, but still, the USS Arizona needed more than just a plaque attached to her rusting hull to memorialize all those who saw their lives abruptly ended on that Sunday morning at Pearl Harbor. A day of infamy that launched the United States into World War II. 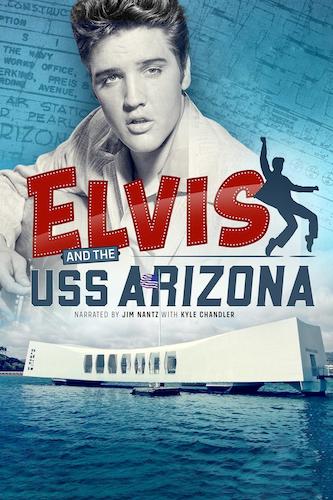 On December 3, 1958, the highest-ranking officer to survive the USS Arizona, Medal of Honor recipient Rear Admiral Samuel Fuqua, was featured on Ralph Edwards’s “This Is Your Life” television show. At the end of the popular show, filmed at Pearl Harbor and in Bloch Arena, Ralph Edwards announced that a major effort was underway to build a proper USS Arizona Memorial at Pearl Harbor. There were tears in Samuel Fuqua’s eyes as Ralph Edwards encouraged all Americans to send in what they could, a dollar, five dollars, whatever they could afford. It was possibly the first fundraising appeal ever made on national television.

The money started to come in thanks to Americans everywhere and also to President Dwight D. Eisenhower who pledged some federal funds to get the project underway. Alfred Preis was chosen as the architect. Preis escaped the Nazis in World War II. It seemed fitting he would design the new USS Arizona Memorial.

Elvis was already heading to Hawaii to film a movie called Blue Hawaii. Col. Parker asked Elvis if he would consider holding a benefit concert at Pearl Harbor to help move the USS Arizona Memorial project forward. Elvis did not hesitate and said “yes” right away. Elvis already had a strong connection to Hawaii and was just coming out of the United States Army himself. The planning commission’s work continued. 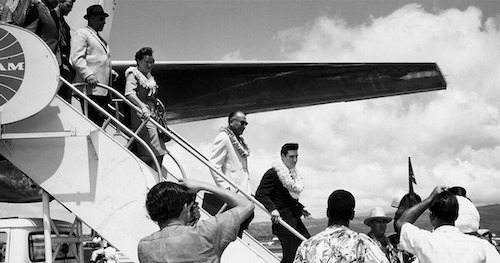 On March 25th, 1961 Pearl Harbor’s Bloch Arena, which had hosted the “Battle of the Bands” between the battleships anchored at Pearl Harbor on the evening of December 6th, 1941, was chosen as the location to host the Elvis Presley USS Arizona Memorial benefit concert. The ghosts still echoed in old Bloch Arena from the “Battle of the Bands” on Battleship Row, especially since the entire USS Arizona band died on December 7, 1941, during the attack on battleship row.

The concert was sold out. Even the opening acts before Elvis took the stage (such as Minnie Pearl) had to buy their tickets. It was Elvis’s return to performing and there was no better cause one could imagine.

The infrastructure law brings mine reclamation, clean water and broadband to Appalachia