The story of Pulitzer Prize-winning publisher Horace Carter in “The Editor and the Dragon: Horace Carter Fights The Klan” – Jan. 21 at 9 pm

The Editor and the Dragon: Horace Carter Fights The Klan 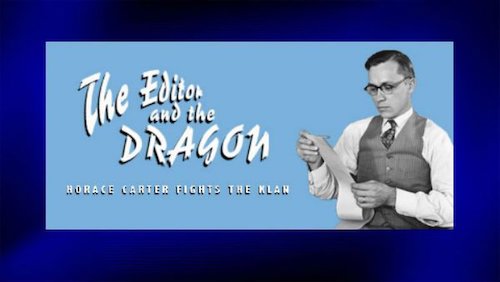 Narrated by Oscar-winning actor Morgan Freeman, THE EDITOR AND THE DRAGON tells the story of Pulitzer Prize-winning publisher Horace Carter (1921-2009) and his bold reporting on the Ku Klux Klan in the pre-Civil Rights era.

Carter, the 29-year-old editor of the weekly Tabor City Tribune, stood against the Klan and risking life, livelihood, friendships and his family’s safety to protest the Klan’s racist rhetoric and vigilantism. His courageous reports and the unwavering integrity of his weekly editorials helped lead to the first FBI investigation of the Klan during that era, and to the arrest and conviction of nearly 100 Klansmen.

FACT CHECK: Has Citizenship Been A Standard Census Question?