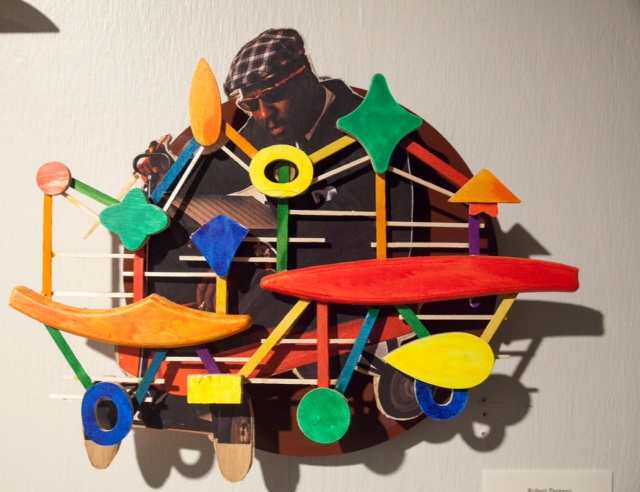 “Woodshedding: Assemblages by Robert Peppers” will open on Friday, March 29th for Final Fridays on the Square. On display in the Stuart’s Opera House Grand Lobby until May 24th

Robert E. Peppers is a Professor Emeritus of Painting + Drawing at Ohio University, born in 1949 in McMinnville, Tennessee, is a BFA and MFA graduate of the Ohio University (O.U.) School of Art. For a number of years he was the Assistant Director, Black Cultural Center, Purdue University, West Lafayette, Indiana. Mr. Peppers is currently a Professor at the School of Art, O.U. He has taught drawing at Penland School of Crafts and painting /collage in the O.U. Art in UK Program based at King’s College and University of London.

His work was included in 2011 “Spirit of an Appalachian Region: Contemporary Artists Reflect on Southeast, Ohio, and 2005 through 2009 “Color: Ten African American Artists “ touring exhibition sponsored by the Society for Contemporary Craft in Pittsburgh, PA. His 2007 “Hush Harbor Installation” was sponsored by City of Miami, Florida, in conjunction with College Language Association 67th Annual National Conference, “Religion and Spirituality in Literature” at the Deluxe Art Gallery Miami, Florida.