You are viewing the "Stuart’s Opera House" Archives

ABC Players present their first show of the season, ‘Clue: The Musical’

Is the murderer Miss Scarlet in the Ballroom with the Candlestick? Or Colonel Mustard in the Kitchen with the Rope? Join ABC Players as they present their first production of the 2019/2020 season, Clue: The Musical, where audiences will get to play the game throughout the musical to figure out who, with what and where?… Read More

STAY AND FIGHT BOOK LAUNCH Join us for a reception, signing, and reading of “Stay and Fight” by local author Madeline ffitch on October 5, 2019 at 7pm. Little Professor Book Center will be selling books at this event and there will be an opportunity to get copies signed! Madeline ffitch is part of the direct-action collective… Read More

SONGWRITING WORKSHOP WITH MEGAN BEE Megan Bee is a Athens County songwriter. Her 2017 studio album Like a Canyon received The Ohio Music Awards Best Americana and Best Singer-Songwriter Album. It also won her a finalist spot in the 2018 USA Songwriting Competition. She brings us Workshop #8 in our musical lending library series and… Read More

After co-producing Melted Music Festival together, Stuart’s Opera House is partnering with Archie Fox Live again for MELTED presents: Xiu Xiu! Join us at Ace of Cups in Columbus, Ohio on September 24 for this show. Xiu Xiu is an American experimental band. For fans of Animal Collective, Deerhoof, Liars, Slint, Swans, etc. It could be… Read More

An Evening with Bruce Cockburn

We are excited to welcome back one of our favorite performers, join us for An Evening with Bruce Cockburn on September 23rd! Few recording artists are as creative and prolific as Bruce Cockburn. Since his self-titled debut in 1970, the Canadian singer-songwriter has issued a steady stream of acclaimed albums every couple of years. But… Read More

The Color of Night: Oil Paintings by Aaron Smith – Opening

COLOR OF NIGHT The Color of Night by Aaron Smith. Oil paintings and intaglio prints exploring the night time landscapes of forgotten spaces.  This includes paintings from his Abandoned Dreams series and Athens Alleys series, as well as a few small paintings from Penland School of Craft, where his obsession with night landscapes began. In his Abandoned Dreams series, Smith explores the abandoned homes in small… Read More

An Interview With Bruce Cockburn

Bruce Cockburn will perform at Stuart’s Opera House on Monday, September 23, and the acclaimed Canadian singer-songwriter took a bit of his time prior to the performance to speak to WOUB about his forthcoming album, Crowing Ignites, the wide range of sounds included on the new album, and returning to Southeast Ohio. 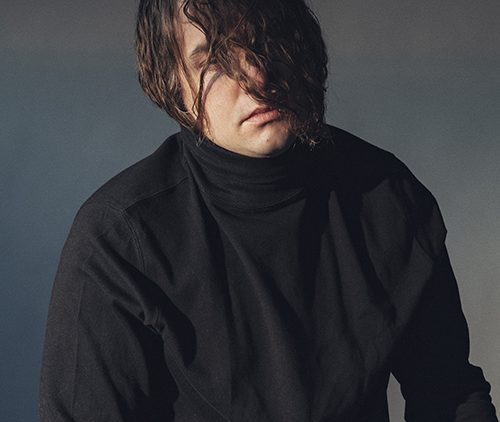 KEVIN MORBY – DUO TOUR Kevin Morby released his beloved solo debut Harlem River in 2013, and has released a full-length nearly every year since. His latest, 2017’s City Music, is a collection Kevin says “is a mix-tape, a fever dream, a love letter dedicated to those cities that I cannot get rid of, to those cities that are all inside… Read More

On Sunday, September 8 Kevin Morby will perform with William Tyler at Stuart’s Opera House. Morby is a Nelsonville Music Festival alumni, having played the festival in 2018. Earlier this year, Morby released the critically acclaimed Oh My God, an album adorned with piano, saxophone, and organ that has often surreal religious undertones. WOUB spoke… Read More

This season get ready to solve a murder, journey through the cold with two sisters, join a convent, stand up against corporate greed and fight to take over a kingdom as ABC Players invites audiences to mark their calendars for their 2019-2020 season which includes, Clue: The Musical, Disney’s Frozen JR., Sister Act, Radium Girls… Read More