The Panthers turned the ball over on downs twice in the red zone, allowing Fairfield Union to escape with the 7-0 win.

The game started off in the Falcons’ favor after Alex Ritton scored on a 19 yard run to get the Fairfield Union season started. Little did he know at the time, that score would be the game-winner.

New Lexington found its momentum throughout various parts of the game, but often failed to find pay dirt. Toward the end of the first half, New Lexington advanced all the way to the Falcon 7-yard line, had two fourth down chances from penalties, and still couldn’t finish the drive.

When it was time to shut down defensively, Fairfield Union got the job done.

The second half was a defensive struggle for both sides. New Lexington found success on the ground, racking up rushing 155 yards. Dalton Chapman accumulated the majority of those yards, picking up 118 yards on 18 rushes.

The fourth quarter saw New Lexington’s best chances to get on the scoreboard. The Panthers actually “scored” at one point when defensive back Bradley Clapper intercepted Fairfield Union quarterback Nick Schultz and took it all the way to the house.

Everyone in Jim Rockwell Stadium was on their feet as they saw a penalty flag hit the ground. A chop-block brought the ball back, and the Panthers hope.

After another run down the field with three minutes left, New Lexington was again unable to score, allowing the Falcons to go into victory formation.

Fairfield Union will remain on the road next week when it travels to take on Johnstown-Monroe next Friday, September 4. New Lexington will also be traveling as the Panthers take on Maysville. 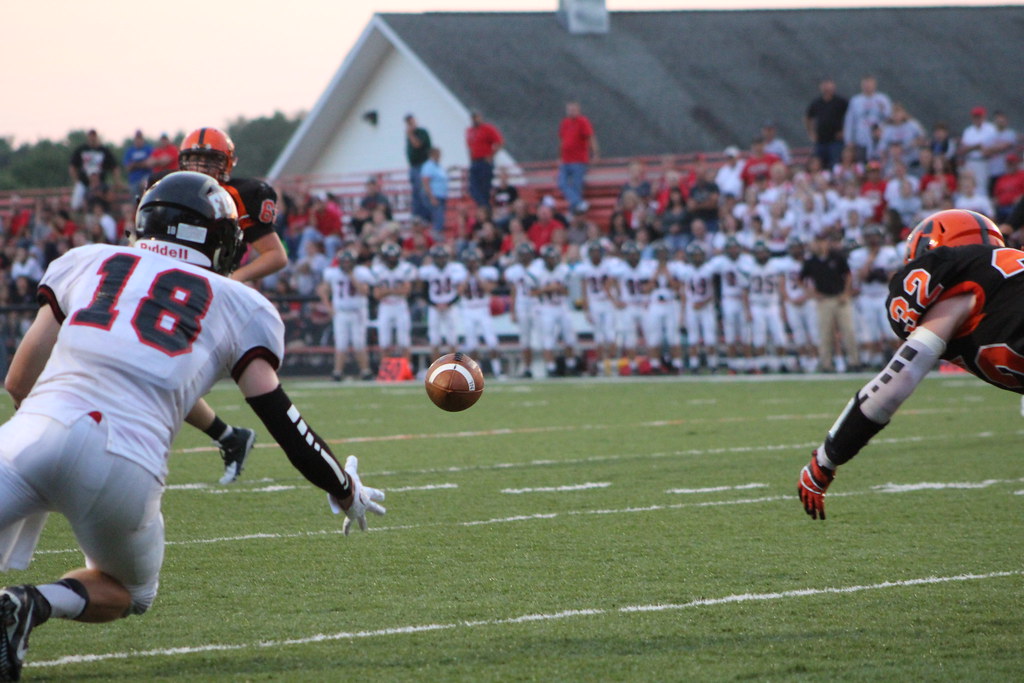 New Lexington Focusing on Fundamentals Ahead of Fairfield Union Game