ARLINGTON, VA; October 12, 2017 – PBS today announced that the premiere episode of THE VIETNAM WAR, the 10-part, 18-hour documentary film series from Ken Burns and Lynn Novick that aired on Sunday, September 17, drew an average audience of 9.6 million viewers (P2+) across PBS stations nationwide (6.0 household rating). A total of 11.9 million unique viewers watched the premiere in all (Nielsen, National Live + 7). The first episode has been streamed over two million times to date, making it the most-streamed series premiere in PBS history. 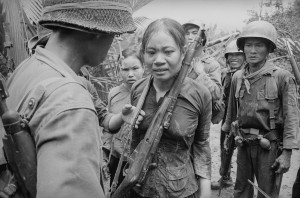 The premiere episode of THE VIETNAM WAR is PBS’ highest-rated telecast of the Nielsen 2016-17 broadcast season and the best performing since the series finale of DOWNTON ABBEY ON MASTERPIECE in March 2016. The 6.0 rating for THE VIETNAM WAR is more than 300 percent greater than PBS’ average primetime rating (Source: Nielsen, National Live +7). The premiere episode also ranks among the highest-rated episodes of all time for a Ken Burns/Lynn Novick series, rising above groundbreaking titles including PROHIBITION (2011), THE WAR (2007) and JAZZ (2001).

THE VIETNAM WAR is currently re-airing on Tuesday nights at 9:00 p.m.  (October 3-November 28) and is currently available for streaming on pbs.org and all station-branded platforms, including Passport, a PBS station benefit for donors. To date, all 10 episodes of the series have been streamed more than 7.2 million times, with 3.3 million of the streams delivered via PBS’ over-the-top (OTT) apps. In addition to a Spanish-language version of the series, in a first, PBS also offered a Vietnamese subtitled version of the series for streaming. In another first, the series also streamed in Vietnam, attracting over 600,000 streams to date.

“Lynn and I decided 10 years ago that we needed to make THE VIETNAM WAR because it is the most consequential event in the past 50 years of American history, yet we’ve never really talked about it as a nation. To know that so many people watched the film and became engaged with it is a tremendous honor. We hope that all those who watched it will continue to learn about the war and its legacy and talk about it with their friends and family,” said Burns. 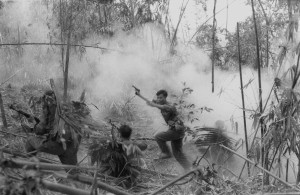 “It was very important to Ken and me that our film reach as many people as possible in as many places as possible, which is why we translated the entire series into Spanish and Vietnamese. We’re grateful to PBS for supporting this vision by making THE VIETNAM WAR available on so many platforms, and making it possible for the people of Vietnam to stream the series online. There is enormous interest there; this is their story as much as ours,” said Novick.

“This moment has been 10 years in the making and we could not be prouder of what we have achieved as a public television family,” said Beth Hoppe, Chief Programming Executive and General Manager, General Audience Programming, PBS. “As a result of this important film, millions of people all over the world are having important conversations about THE VIETNAM WAR. The success of this film is a reflection of the tremendous collaboration among Ken, Lynn, Florentine Films, WETA, PBS and our member stations, who worked tirelessly to ensure that this important film reached viewers on all media platforms.” 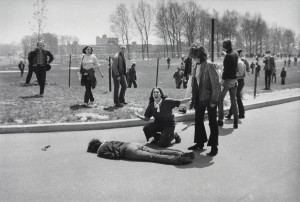 To engage viewers around the topic of THE VIETNAM WAR, PBS stations from around the country are bringing diverse local voices to a national conversation. Engagement activities range from screenings and panel discussions to story collection and local productions. In addition, PBS stations have partnered with more than 330 local organizations and have collectively planned more than 250 community engagement events and activities.

THE VIETNAM WAR is currently available on Blu-ray and DVD from PBS Distribution at shopPBS.org. The DVD and Blu-ray extras include a 45-minute preview program, two special segments on the contemporary lives of two of the program’s participants, and deleted scenes. The series will also be available for digital download.