Guerilla Toss Headed to 2018 Falloutfest at The Union 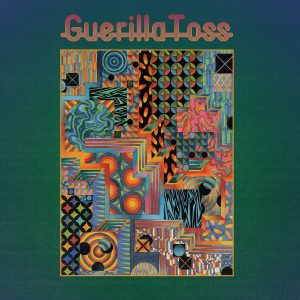 From New Age themes delivered with all the tuneful hallmark constraint of kosmische Musik, such as “Walls of the Universe,” to weirdo, dance-able pop with flourishes of New Wave like “Retreat,” to sludgy arena rock guitar splattered amidst chromatic, rippling synths on opener “Magic Is Easy,” Guerilla Toss has crafted a record in 2018 that sounds like an impressive pick from the import bin at a hip record store circa 1981.

Listen to WOUB’s interview with vocalist Kassie Carlson, embedded above.

The band is performing at The Union on Friday, September 21 as a part of Falloutfest 2018, the seventh iteration of a three-day set of rock ‘n’ sets organized by Blackout Booking and WCLI Radio that kicks off on Thursday, September 20. Tickets are on sale and available for purchase at this link for a weekend pass. Find links to individual day passes here: Thursday, Friday, and Saturday. The performance is a part of the band’s Come Up With me Tour, and you can find more information on that right here.