“Rodents of Unusual Size” on INDEPENDENT LENS | Monday, January 14 at 10 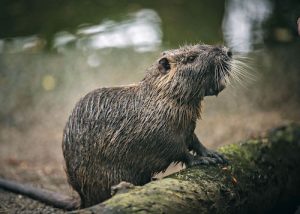 The residents of Louisiana south of New Orleans have faced many an environmental threat, from oil spills to devastating hurricanes. But a growing menace now lurks in the bayous and backwaters: hordes of monstrous 20-pound swamp rats known as nutria. The voracious appetite of this unexpected invasive species from South America is accelerating erosion of the state’s coastal wetlands, already one of the largest disappearing landmasses in the world. But the people who have lived there for generations are not the type of folks who will give up without a fight. A stalwart few remain and are hellbent on saving their land before it dissolves beneath their feet. It is human vs. rodent — may the best mammal win.

Directed by Quinn Costello, Chris Metzler and Jeff Springer, Rodents of Unusual Size is narrated by Wendell Pierce with music by the Grammy Award-winning Lost Bayou Ramblers. A film festival favorite and winner of over 15 awards, the film premieres on Independent Lens Monday, January 14, 2019, 10:00-11:00 PM on WOUB.

The history of nutria in Louisiana begins in the 1930s during the Great Depression, when various entrepreneurial businessmen, including a son of Tabasco founder E.A. McIlhenny, decided to raise these giant ravenous rodents from Argentina and harvest them for their fur. 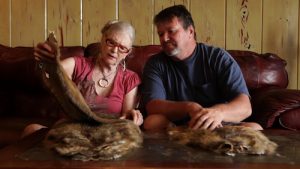 After some initial missteps the nutria industry eventually boomed, and the pelts were exported worldwide. But in the early 1980s the fur market crashed following animal rights protests; with no more demand for their pelts and no natural predators, the nutria population exploded.

One diehard resident who is fighting back is Delacroix Island fisherman Thomas Gonzales, who tries to pick off as many as he can. The state is also helping out by paying a $5 bounty for every nutria tail collected, but the fast-breeding rodents outpace the roving squads of hunters who try to control them. Others have dreamed up business ventures to capitalize on their large numbers. Kermit Ruffins, a local celebrity and jazz musician, barbecues nutria outside his concerts to create interest in eating the rodents. Members of the Atakapa-Ishak tribe want to revitalize their trapping past by not only harvesting the nutria for the tail bounty but to encourage the use of the whole animal. And fashion collective Righteous Fur designs clothes made out of nutria pelts, promoting their “sustainable fur” garments in an attempt to renew the demand for fur and save the wetlands.

Despite the havoc that nutria have wreaked on Southern Louisiana, some have embraced them. The Audubon Zoo in New Orleans has opened a nutria exhibit, the local Triple-A baseball team has a nutria mascot, and some Cajuns even keep them as pets. 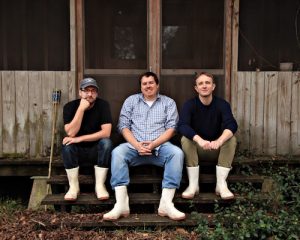 Through the offbeat and unexpected stories of the people confronting the nutria problem, Rodents of Unusual Size examines issues surrounding coastal erosion, the devastation surrounding hurricanes, loss of culture and homeland, and the resilience of the human spirit.

“While the Louisiana coastline has seen more than its fair share of disasters, Rodents of Unusual Size explores an environmental threat that is no less dire though not making headlines,” said Lois Vossen, Independent Lens executive producer. “This charming and funny film invites us into the lives of a community that doesn’t just survive but fights back with heart and humor to protect the land they love.”

Visit the Rodents of Unusual Size page on Independent Lens, featuring more information about the film, which will be available for online viewing on the site beginning January 15, 2019.