Moving Portrait of Three Unforgettable Young Boys – Tre, Maison, and Dasan – Each Struggling to Grow Up with a Parent in Prison 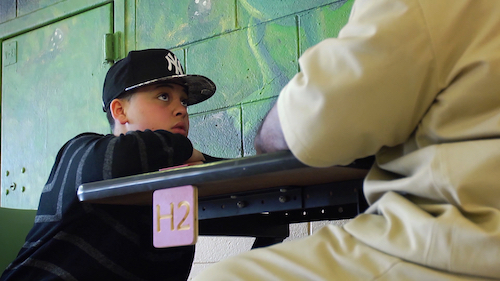 Told directly through the children’s perspective, Tre Maison Dasan is an up-close and unfiltered look at the lives of three Rhode Island boys, each navigating childhood and adolescence with a parent behind bars. Each boy faces the pressure of growing up in a society that often demonizes their parents, provides little support for their families, and assumes “the apple doesn’t fall far from the tree.” Produced and directed by Denali Tiller, Tre Maison Dasan premieres on Independent Lens Monday, April 1, 2019, 10:00-11:30 PM and will also be available simultaneously for online streaming at pbs.org.

An estimated one in 14 American children is growing up with a parent in prison, and Tre Maison Dasan follows three of these children and their families. Tre is a charismatic but troubled 13-year-old who hides his emotions behind a mask of tough talk and hard edges. Maison is a funny, charming, hyper-articulate 11-year-old whose Autism Spectrum Disorder presents itself through his ever-active mind and deep love for those around him. Dasan, the youngest of the boys, is a shy and sensitive six-year-old full of curiosity and empathy. Although their parents are incarcerated for serious crimes, their strong and caring relationships with their children shatter stereotypes about those behind bars and remind us of the plight of the over 1.7 million American children growing up with an incarcerated parent. 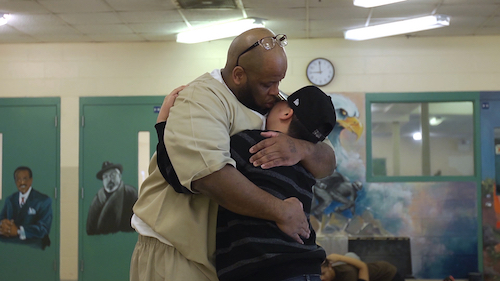 “As Tre, Maison and Dasan taught me about their worlds, I recognized that there was a need for a film that allowed children to speak for themselves, to elevate their voices in a way that fully represented their lives as they experience them,” says filmmaker Tiller. “Through this participatory process, the audience is led through the ups and downs of life itself — an experience that is both riveting and personal, hilarious and heartbreaking, and values the complexity and nuance of these boys’ different realities.”

Visit the Tre Maison Dasan page on Independent Lens, which features more information about the film.

Denali Tiller (Producer/Director) is an artist and filmmaker. Following her work directing and producing Tre Maison Dasan, Denali is now working on a large-scale, multi-sectoral impact campaign for the film, engaging communities affected by incarceration across the US and in Europe. In 2015, Denali was named one of 110 “Filmmakers to Watch” by Variety. She has associate-produced short content in Uganda, Ghana and Tanzania with the US Agency for International Development, and has taught at Alvarez High School and the Rhode Island School of Design in Providence. As a director, Denali is passionate about exploring new perspectives on systemic issues, empowering youth and women, and how we raise boys in America. 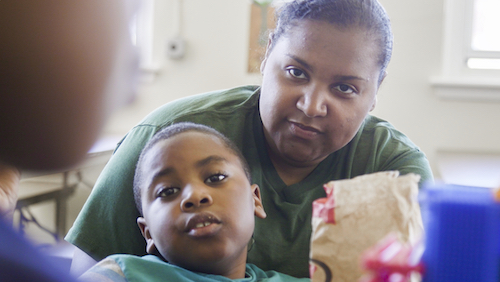 Rebecca Stern (Producer) is a director and producer living in Brooklyn, NY. Along with being the producer of Tre Maison Dasan, she is co-producer of Netizens, a documentary delving into the effects of online sexual harassment (Tribeca 2018), and the director of Well Groomed, a documentary about the dog grooming world (SXSW 2019). She was the associate producer of the bomb, an innovative installation and film experience which closed the 2016 Tribeca Film Festival and opened the 2017 Berlin Film Festival and premiered on Netflix. Previously, Stern was the production coordinator for the Academy Award-nominated documentary Cartel Land, and managed the development and implementation of film campaigns with the leading impact firm Picture Motion, including Food Chains (2016 BritDoc Impact Award).