INVENTING TOMORROW follows six young scientists from Indonesia, Hawaii, India and Mexico as they tackle some of the most complex environmental issues facing humanity today –right in their own backyards. Each student is preparing original scientific research that he or she will defend at ISEF, the Intel International Science and Engineering Fair. Framed against the backdrop of the severe environmental threats we now face, we immerse the audience in a global view of the planetary crisis, through the eyes of the generation that will be affected by it most. 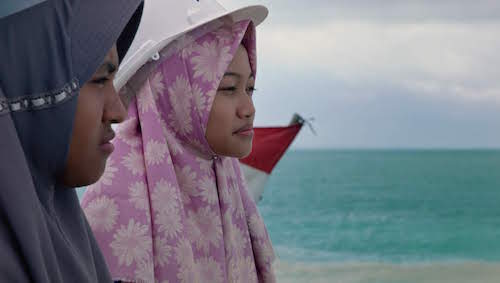 Considered the Olympics of high school science fairs, ISEF is the largest gathering of high school scientists in the world, attracting approximately 1,800 finalists from over 75 countries, regions and territories. All the finalists want to do a good job, but the heart of the story isn’t about whether they go home with an award. As they take water samples from contaminated lakes, dig up the dirt in public parks, board illegal pirate mining ships, and test their experiments in a lab, we see each student display a tenacious curiosity, and a determination to build a better future. Motivated by the desire to protect their homes, these young people are asking questions about the issues they observe in their communities, and proposing innovative solutions to fix them.

The students spend close to 600 hours each on their projects, guided in their scientific quest by dedicated university mentors. At home with their parents, grandparents, and siblings, they compare the world their elders knew with the stark reality of the one they’re inheriting.

But they’re still teenagers, with their own unique struggles. We spend time with them in classrooms, at after-school jobs, behind the wheel as they learn to drive, and in their rooms hanging out with friends, and learn more about the obstacles they face just to get to the fair. As each finalist prepares to leave home, some for the very first time, we witness their unique intellectual and emotional journeys on the way to ISEF 2017 in Los Angeles.

Once they land in Los Angeles, our characters join a vibrant, excited community of young students from around the globe. They meet peers who are just as bright and determined as they are, competing in every category of STEM, from Robotics to Computer Science. The tension builds as they practice how to defend their research in front of 1000 volunteer judges, all specialists in their fields. 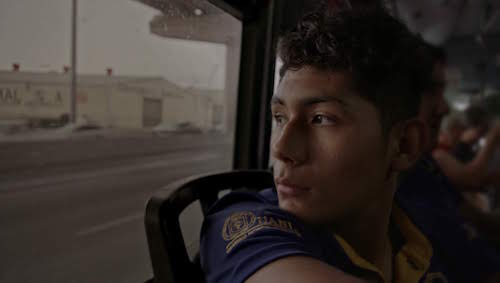 We live during a time characterized by environmental degradation and climate change. Unprecedented drought, pollution, mass extinctions, rising sea levels, dramatic weather patterns, and an ocean that is slowly dying. It took me the majority of my adult life to come to terms with this reality, but teenagers today were born into this environmental chaos and instability. They face a daunting truth about the planet they’re inheriting, as soon as they have the mental ability to comprehend it. 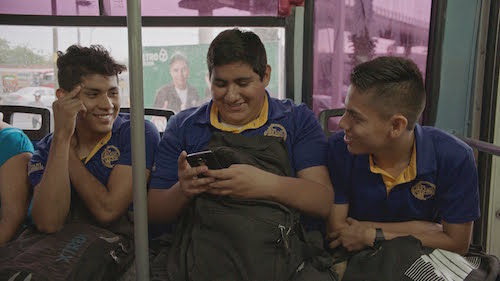 I wanted to create an immersive, emotional and cinematic experience about what it would be like to be one of those teenagers today; specifically a teen who is smart, observant and has some ideas about how he or she might address these extreme problems. When I first went to the Intel International Science and Engineering Fair (ISEF), I fell in love with the kids and immediately saw the story potential.There’s built in tension and a unified narrative at the fair, but I always knew I wanted to push beyond the genre of a kids’ competition doc. I was more interested in students whose research was motivated by a deep sense of purpose and personal motivation. I wanted to spend time following characters not because I thought they had a good chance of winning, but because their goal was bigger than scoring a prizeat a science fair. Their science projects could help us survive.

As a kid who was invested in the arts and humanities, I grew up intimidated by science and math. But in order to confront the myriad of environmental crises we face, we all need to engage with the scientific community, and we need them to be able to communicate with us effectively. One of the most important lessons of the science fair is that students must share their research not only with the judges, but also with the general public, who don’t know anything about their projects. In a time when powerful elements are attempting to suppress and deny the truth that science offers, we need the public to engage with the scientific community more than ever. I hope that the film contributes to a dialogue that normalizes and popularizes science. 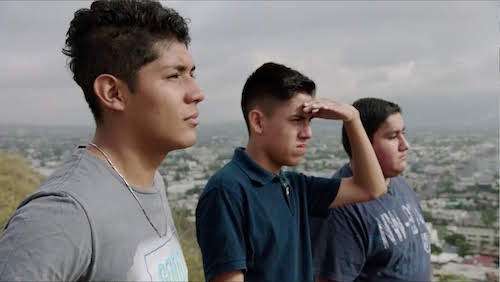 My last film, THE YES MEN ARE REVOLTING, addressed activism surrounding environmental issues and I’ve thought a great deal about howto get audiences to think about the topic in a way that leaves people with a sense of hope. My intention with INVENTING TOMORROW was to create an emotional and character-based story about what we might learn about our world through the eyes of the next generation. The issues that face our planet are severe. But we have options in front of us, and the opportunity to make good choices. I hope the film will motivate audiences to search for those options by witnessing the courage of a 16-year old as he or she tackles the greatest problems humanity has ever faced. Our student scientists are observing the damaged planet they’ve inherited, asking the right questions, and inventing solutions to create a path forward. Their commitment to action and their clarity of purpose offers a model for how we should all proceed.