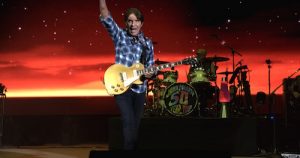 Inspired by the 50th anniversary of Woodstock and John Fogerty’s hit parade with Creedence Clearwater Revival, MY 50 YEAR TRIP recreates the sounds and spirit of 1969. The concert also celebrates the 50th anniversary of Fogerty’s iconic songbook, which was written, recorded and released in 1969, and showcases the original Acme guitar and amp used at the band’s Woodstock performance. Featuring a montage of vintage photography, the program also includes stories from the band’s set at the festival and anecdotes from Fogerty’s musical journey over the past five decades.

Hailed as one of the most influential musicians in rock history, Fogerty is known for creating the soundtrack of a generation. As co-founder of Creedence Clearwater Revival and as a solo artist, Fogerty’s works rank as some of the most significant in American music. The writer, singer and producer of classic hits including “Born on the Bayou,” “Green River,” “Proud Mary,” and “Bad Moon Rising,” Fogerty has been recognized as one of the 100 Greatest Guitarists, 100 Greatest Songwriters, and 100 Greatest Singers by Rolling Stone. 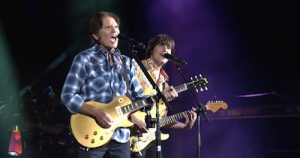