Second Chances: One Year In Drug Court | Thursday, December 26 at 9

Most know that Ohio has drug courts in many counties across the state that are specifically designed for people with substance use disorders. Drug courts offer those individuals the opportunity to enter long-term drug treatment and agree to court supervision rather than receiving a jail sentence. However, what many don’t know is how personal, intensive and life changing the drug court program can be for participants. A documentary chronicles one year with several of those individuals in three Ohio cities, including Logan. The powerful, hour-long documentary is called Second Chances: One Year in Ohio’s Drug Courts and was produced by Ohio Government Telecommunications. 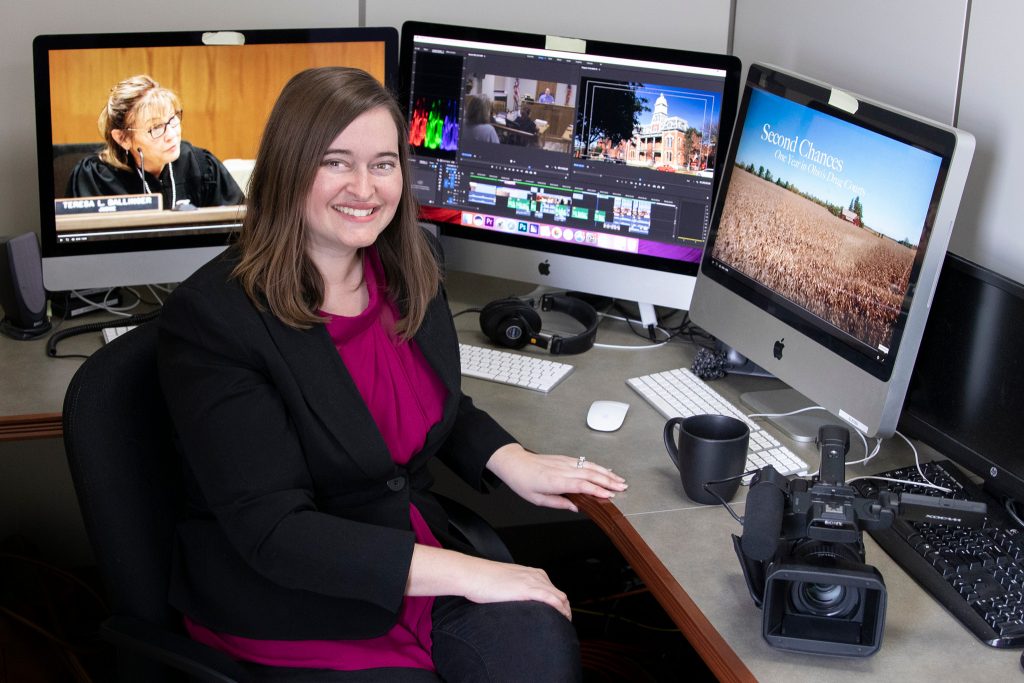 “This film is unique in that viewers learn about drug use directly from the defendants, judges and court staff. Those living through this crisis every day are the experts on camera,” said Edward K. Miller, director of the Ohio Supreme Court Public Information Office, which commissioned the film.

Miller also called it a rare deep dive into the workings of drug courts.

“It’s enlightening to watch individuals open up about this their personal journeys. The documentary shows their successes and failures,’ he said. “It shows ordinary people fighting to get their lives back, with the court system as their ally.”

The documentary was the idea of Anne Fife, a video producer for the Ohio Government TV who works under contract for the Ohio Supreme Court. She and her team filmed in the three featured communities from August 2016 through July 2017.

Fife and her crews ventured into uncharted grounds in three counties, and at the beginning she didn’t know what to expect. “One thing I took away from this long project was not to give up on people,” she said.