A bill introduced in the Ohio Senate might make family visits a more sober experience for many Ohio University students.

In Ohio an underage person can legally drink if the beverage is purchased for them by a parent, guardian or spouse. However, State Senator Tina Maharath is hoping to close the loophole. Maharath introduced Senate Bill 115 that would make it illegal for a parent, guardian or spouse to purchase alcohol for another party. Maharath’s bill is an attempt to limit alcoholism in the state.

“My intent is to limit underage drinking as much as possible. When youth tend to drink underage, they’re five times more likely to develop an alcohol dependence versus someone who waits until they’re 21,” said Maharath according to WLWT Cincinnati.

Some in the Athens area oppose the measure. Cade Roe, a 20-year-old student at Ohio University sees this bill as a violation of parental rights.

“I don’t like how the government thinks they can tell parents what they can and can’t do with their kids,” he said. 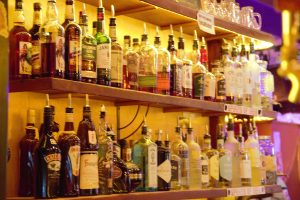 The bill could also affect small businesses in Athens, although the employees of Casa Nueva think the impact there would be negligible.

“I think that if parents were no longer allowed to buy their children alcohol, it would make a small difference … but I don’t think it would deter people from going out,” said Casa employee Grace Corbin who also opposes the measure.

Many Ohio University students look forward to celebrations such this weekend’s Siblings Weekend as an opportunity to drink underage legally.

In its original form, Senate Bill 115’s would have prevented any person under the age of 21 from even entering a bar – defined as any establishment that earned 60 percent or more of their earnings from the sale of alcohol. Opposition from bar and restaurant owners forced the bill’s revision. No time table has been set for when this bill could be voted on.

The National Institute on Alcohol Abuse and Alcoholism says Ohio is one of 26 states with a family alcohol-purchase exception.