Ohio University’s School of Theater is hard at work preparing for the first show of 2020, She Kills Monsters, a play written by Ohio University alumnus Qui Nguyen.

“The show’s about searching for one’s identity. An older sister needs to come to terms with the loss of her younger sister, and in order to do that, she needs to enter into the world of her sister.” said Brian Evans, professor at the School of Theatre and Director of She Kills Monsters. “Her sister was obsessed with Dungeons and Dragons, so the older sister, Agnes, goes into this world of Dungeons and Dragons by playing the game with a dungeon master, and throughout that journey, she gets to know her sister.” 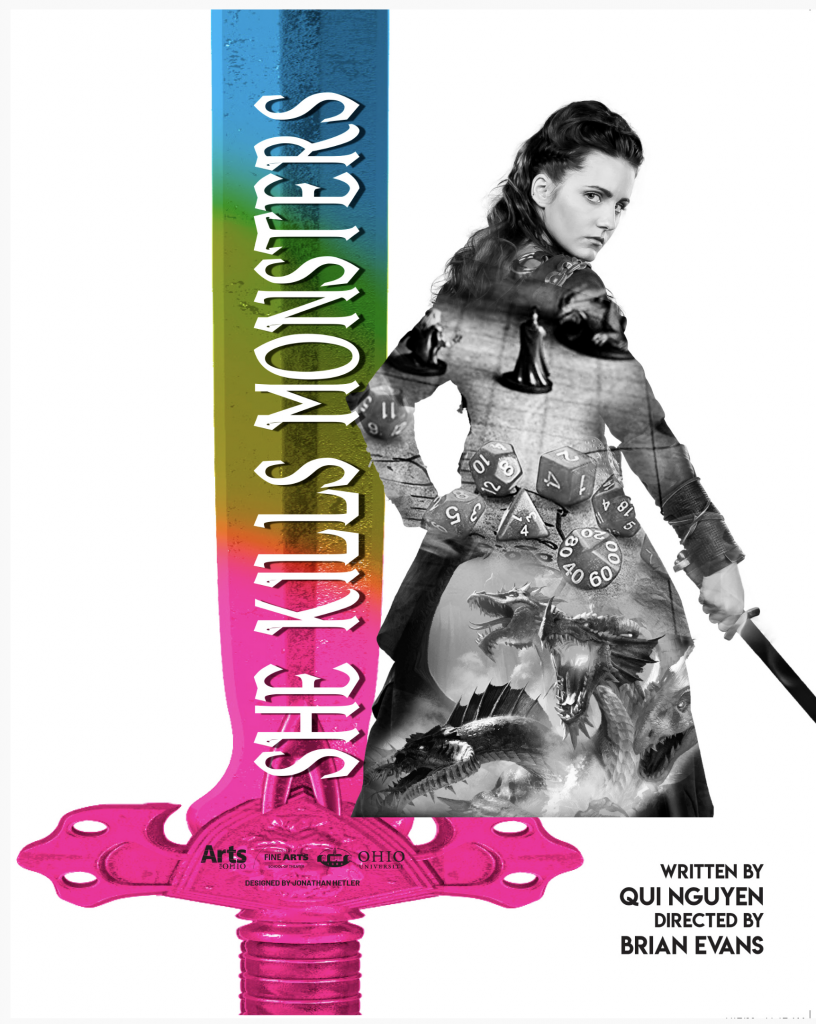 “In 2002, Qui Nguyen and Robert Ross Parker graduated from our MFA Playwriting and MFA Directing programs, respectively.” said Evans. “The production was spectacular and both Qui and Robert brought back the experience and dedication they had cultivated for 10 years with their theatre company in New York, Vampire Cowboys. It was an ideal collaboration with our students in the School of Theater. Our students learned a lot from Qui and Robert.”

“To me, it means that acceptance is honoring our individuality,” said Evans. “I believe that each of us has an inner nerd, or inner geek, and can identify with alienation and how we want to be part of a community who accepts us for who we are.”

“He is a very talented playwright who’s had a great career in New York and across the county and is now in Los Angeles working with Disney,” said Evans. “He came back to produce a play here with our students, and I got to know him. I had always loved his work, but the relationship made that even stronger so I fell in love with his play in particular because I used to play Dungeons and Dragons.”

One of the biggest challenges of this production has been keeping actors and crew safe, as the show contains many moving parts. “Safety is a primary concern, there’s a lot of stage combat- swordwork, falls, special effects, smoke, dragons, monsters- so the actors have to focus on their fundamental intentions with many props and costumes and elaborate staging.” Said Evans.

You can see She Kills Monsters February 20- 22 and February 25- 29 at 8 pm in the Forum Theatre, located in the RTV Building. Tickets are $10, or free with a valid Ohio University Student ID. Discounts are available for seniors and veterans.

Ohio University Players Perform “The King And I” For OU Alumni, Guests