As a part of the second annual weeklong Accessible OHIO event, advocate, author, public speaker, and the first deafblind graduate of Harvard Law School, Haben Girma, Esq., will present a keynote speech on Thursday, February 20 at 6:30 p.m. in the Walter Rotunda on Ohio University’s Athens campus.

Girma stopped practicing as a disability rights lawyer in 2016 to pursue advocacy full-time, traveling globally to speak about the universal benefits of choosing to be inclusive. She is a recipient of the Helen Keller Achievement Award, and was featured in Forbes’ 2016 30 Under 30 feature at the age of 27. President Barack Obama named Girma a White House Champion of Change, and she has been also honored by President Bill Clinton, Prime Minister Justin Trudeau, and Chancellor Angela Merkel.

WOUB spoke to Jordyn Zimmerman, an Ohio University senior and the Ohio University Student Senate Commissioner for Minority Affairs, about Girma’s appearance on campus in the interview embedded above. 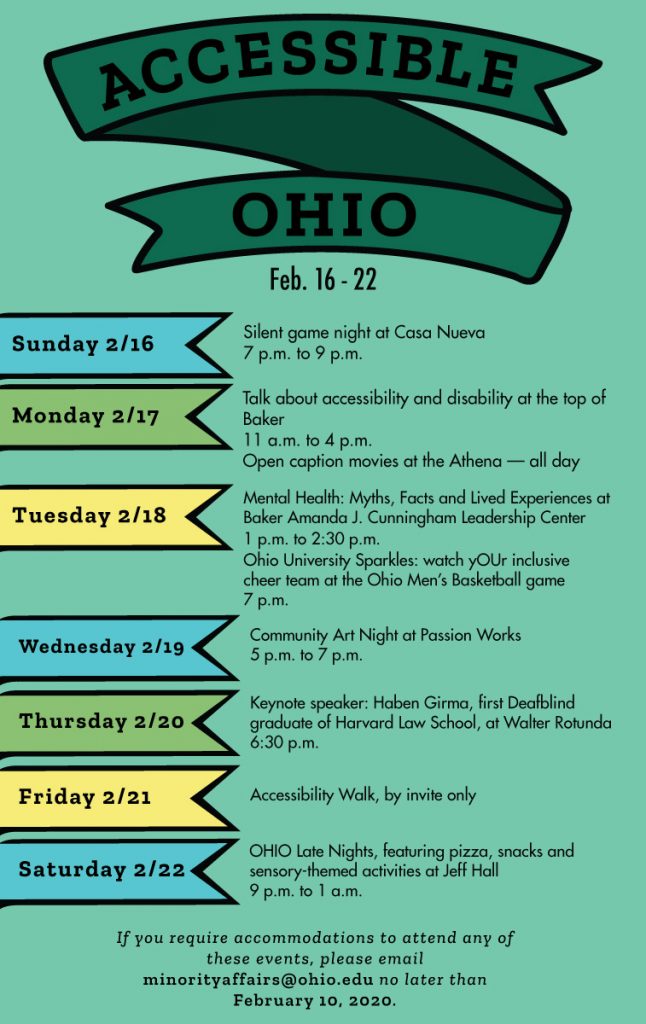