CELTIC WOMAN, THE BEST OF 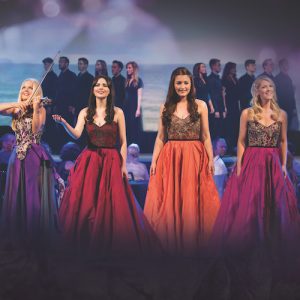 Celtic Woman — the most successful all-female group in Irish history — is thrilled to be celebrating 15 phenomenal years of making music in 2020. Their legacy of 12 consecutive Billboard No.1’s, 10 million album sales and a coveted Grammy nomination is a testament to all who pour their heart and soul into Celtic Woman. Filled with favorite songs from their journey so far, CELTIC WOMAN, THE BEST OF celebrates the wonderful 15-year relationship with PBS viewers. CELTIC WOMAN, THE BEST OF is part of special programming premiering on PBS stations in March 2020.

From the playful energy of “Téir Abhaile Riú” to the power of uplifting anthems like “Amazing Grace” and “You Raise Me Up” to classics like “Danny Boy” and The Parting Glass,” the song selections showcase Celtic Woman’s angelic voices and instrumental virtuosity. Viewers will be transported to Ireland to join Celtic Woman in celebrating the magical moments from PBS specials filmed over the last 15 years.

The program includes these performances: 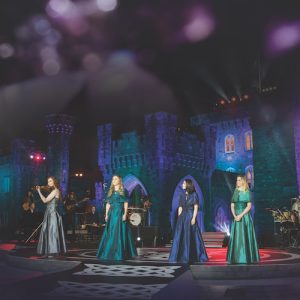 In the 15 years since its 2005 debut, global musical sensation Celtic Woman has emerged as a genuine artistic phenomenon representing Irish music and culture all over the world. The group’s albums and DVD releases have been consistent multi-platinum best-sellers, and its concert tours continue to touch the hearts of a devoted audience that spans the globe.

Celtic Woman has sold more than 10 million CDs and DVDs, making it the only all-female act to achieve multi-platinum success in the classical crossover and world music genres during the past decade. Named Billboard’s #1 World Music Artist of the Year six times, they have been regularly featured at #1 on Billboard’s World Album chart. Celtic Woman has also scored two Top 10 debuts on Billboard’s influential album chart and five Top Five DVDs on Billboard’s Top Video chart, as well as achieving platinum-level sales in nine countries.