Jake Eddy’s ‘Awake!’ Examines a Higher Power In a Time of Uncertainty

Released earlier this year, jazz guitarist and composer Jake Eddy’s Awake! is a four-part suite that serves as a multi-layered sonic contemplation on the possibility of a higher power.

“I was having a conversation with someone about what I believed about the world, and how we are here and all this kind of stuff — and I kind of downplayed it, like I said didn’t believe in anything — and I really had this deep feeling that I was lying: that there was something out there, and I was ignoring signs about things like that,” Eddy said in an interview with WOUB about the project, which was released earlier this year. “(Awake!) is inspired by my questions about the universe and why this makes sense or matters at all.” 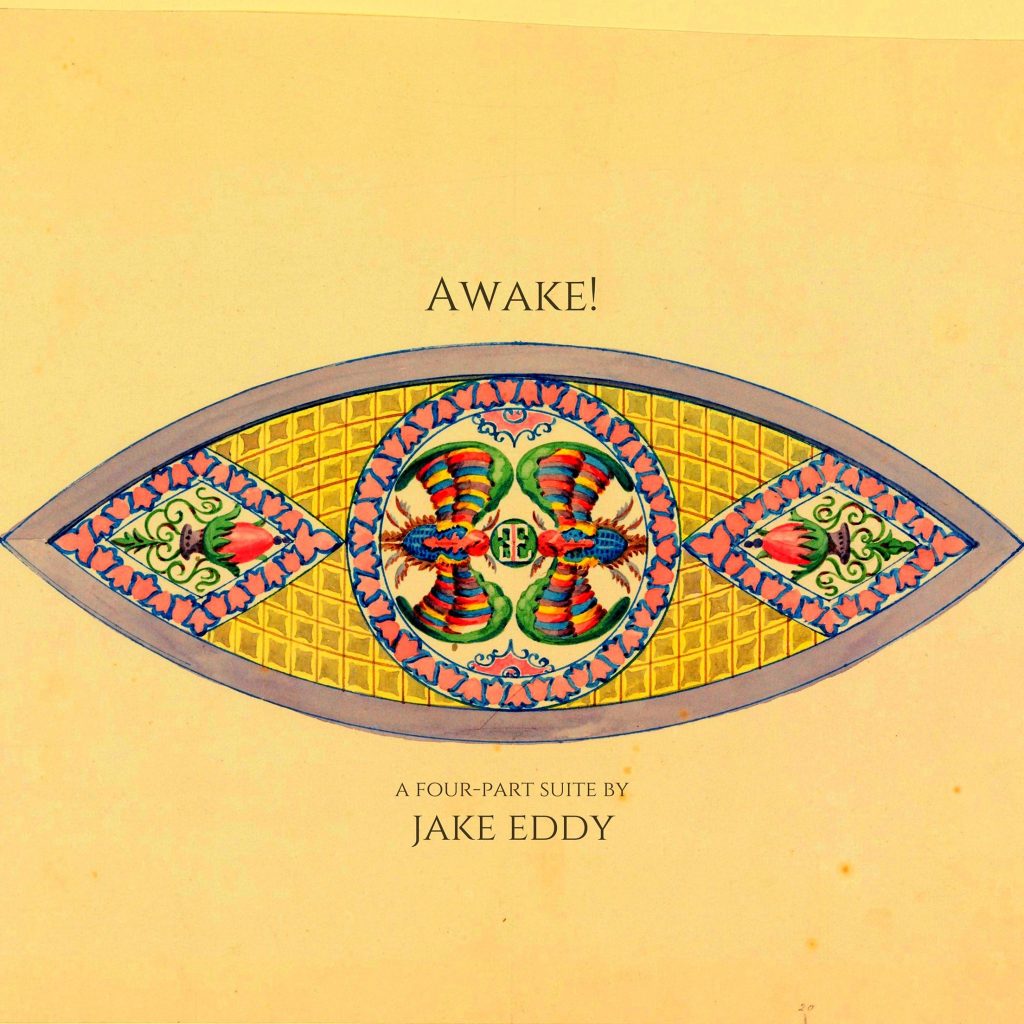 The album was recorded by WOUB’s Adam Rich, and features a cast of musicians that Eddy is accustomed to working with: with Carter Eddy on bass, Andrew Meyer on soprano saxophone, Ben Baker on bass clarinet, Cole Baker on drums,  Jason Crane providing additional percussion, and Eddy himself on guitar.

The album begins with the pensive, shaking dissonance of “Plea,” setting the aural stage for “Incarnation,” which spirals through cycles of a multicolored thrush of wildly anxious instrumentation before breaking into a tightly wound, scattershot groove punctuated by a wailing horns that eventually make way for a pounding, dynamic drum solo. Before the end of the track we are back in the thick of it again, a frenzied cacophony of sound that dissipates into the sonorous clarion guitar of “Exit,” which steadily expands into a delicately, apprehensively balanced lilt that coalesces as quickly as it evaporates into silence.

Jake Eddy’s ‘Smart, Phone!’ and the Beauty of the Things in Our Pockets