This came years after Grimm joined the United States Air Force in 2003, and spent four years active duty in Iraq as a military intelligence analyst, followed by several years as a defense consultant with Booz Allen Hamilton. It was that intense attention to detail and hard research skills that Grimm had developed while in the military and at Booz Allen Hamilton that would eventually aid him in creating River of Hope.

Back in 2012, however, Grimm just wondered, after learning of the story, “Well, where’s the movie?”

“I couldn’t believe there wasn’t a movie made about this. It’s such an amazing story,” said Grimm in an interview with WOUB. “It’s got elements of love. It’s a war story. It’s a coming of age story for Mary’s character. At that moment in 2012, the story went on the back burner of my brain as something I wanted to bring to life on film.”

River of Hope tells the riveting story of the founding of West Virginia State University, the state’s first historically black college. The university was founded on land in the Kanawha River valley owned by former slave Mary Barnes Cabell and her children in 1891. The property was left to her by her husband and slaveowner, Samuel Cabell. Samuel, although a supporter of the confederacy and therefore the institution of slavery, ensured that Mary and their 13 children would inherit their family’s property and that they would also not be sold into slavery following his death by emancipating them in 1858, during the American Civil War.

“I couldn’t believe there wasn’t a movie made about this. It’s such an amazing story. It’s got elements of love. It’s a war story. It’s a coming of age story for Mary’s character. At that moment in 2012, the story went on the back burner of my brain as something I wanted to bring to life on film.” – Calvin Grimm, director of River of Hope.

The work was filmed regionally utilizing the talents of regional actors and released earlier this year.

After his graduation in 2014, Grimm became heavily involved in professional production work and honed his storytelling skills through work on a series of documentaries before deciding that it was time for him to break out of that mold of work and pursue the creation of a narrative feature film. 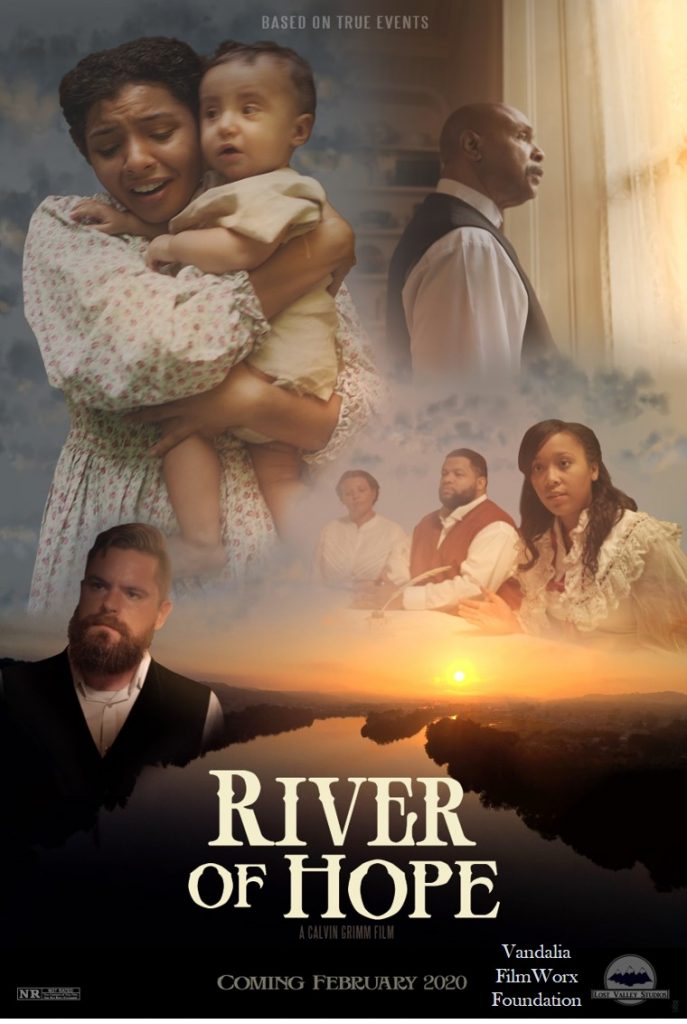 “I had a couple other stories that I was floating around in my mind, but this one just kind of rose to the top of what I chose it to run with,” said Grimm, who returned to West Virginia State University to pursue a Master’s degree in 2018. “I had gone to a few of my professors at State and told them I wanted to do this project. And the first thing you need on any production is funding. So we applied for a grant and unfortunately didn’t get it. But then we actually had a private donor who just loved the story contribute the initial funds, it was about $8,000, for us to kick off the project. I think our total budget ended up being about $36,000 but that initial $8,000 donation is what got things going.”

What developed over the course of the next two years was a sprawling, painstakingly researched narrative film that finally achieved Grimm’s goal of telling the story of Mary Barnes Cabell and the foundation of West Virginia State University. WOUB spoke to Grimm about the creation of the film in the feature embedded above.

Additonally, WOUB also spoke to Phil Washington and Fiauna Taylor, both actors in River of Hope, in the feature embedded above.

You can purchase the film to stream on Amazon.