Enjoy the Musical about Feuding Clerks who are Romantic Pen Pals; “She Loves Me” on Great Performances, July 24 at 9

She Loves Me from Great Performances

The critically-acclaimed Roundabout Theatre Company production of She Loves Me comes to Great Performances, Friday, July 24 at 9 p.m. 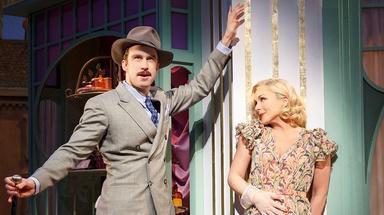 She Loves Me was the first Broadway musical ever to stream live during a performance at Roundabout Theatre Company’s Studio 54. In the musical, Tony Award® winner Laura Benanti and Tony Award® nominee Zachary Levi star as Amalia and Georg, two parfumerie clerks who aren’t quite the best of friends. Constantly bumping heads while on the job, the sparring coworkers can’t seem to find common ground. But little do they know, the anonymous romantic pen pals they have both been falling for happen to be each other. Will love continue to blossom once their identities are finally revealed?

Critics unanimously embraced this latest production. Mark Kennedy of Associated Press, for one, remarked, “An astounding cast, a nifty story and memorable songs turn this revival into a celebration of classic musical construction.”

For BroadwayHD this performance of She Loves Me was produced by Stewart F. Lane and Bonnie Comley and captured by BroadwayHD in June 2016, in association with Ellen M. Krass Productions, Inc. and THIRTEEN PRODUCTIONS LLC FOR WNET. It was directed for television by David Horn.

The production was directed by Tony Award® nominee Scott Ellis, choreographed by Warren Carlyle with musical direction by Paul Gemignani. This classic musical comedy features a book by Joe Masteroff, lyrics by Sheldon Harnick and music by Jerry Bock. 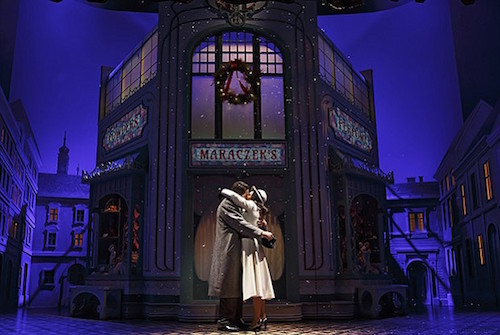 This marks the second presentation of She Loves Me on Great Performances which aired a well-remembered British studio version starring Robin (“Poldark”) Ellis and Gemma (“The Slipper and the Rose”) Craven which delighted viewers.

The celebrated score features favorites such as “Vanilla Ice Cream,” “A Romantic Atmosphere,” “Dear Friend,” and “She Loves Me.” The musical is based on a play by Miklos Laszlo, whose well-known romantic story was the basis for the 1940 James Stewart film “The Shop Around the Corner,” the 1949 Judy Garland and Van Johnson musical “In the Good Old Summertime,” and the 1998 Tom Hanks & Meg Ryan film “You’ve Got Mail.”

Roundabout’s Associate Artistic Director Scott Ellis previously directed Roundabout’s ten-time Tony nominated revival of “She Loves Me” in 1993, which marked the first Broadway musical in the company’s history and launched the Musical Theatre Program at Roundabout.

Great Performances – Ellis Island: The Dream of America with Pacific Symphony | July 3 at 9