This Week From the Radio Free Athens Crew: September 12, 2020 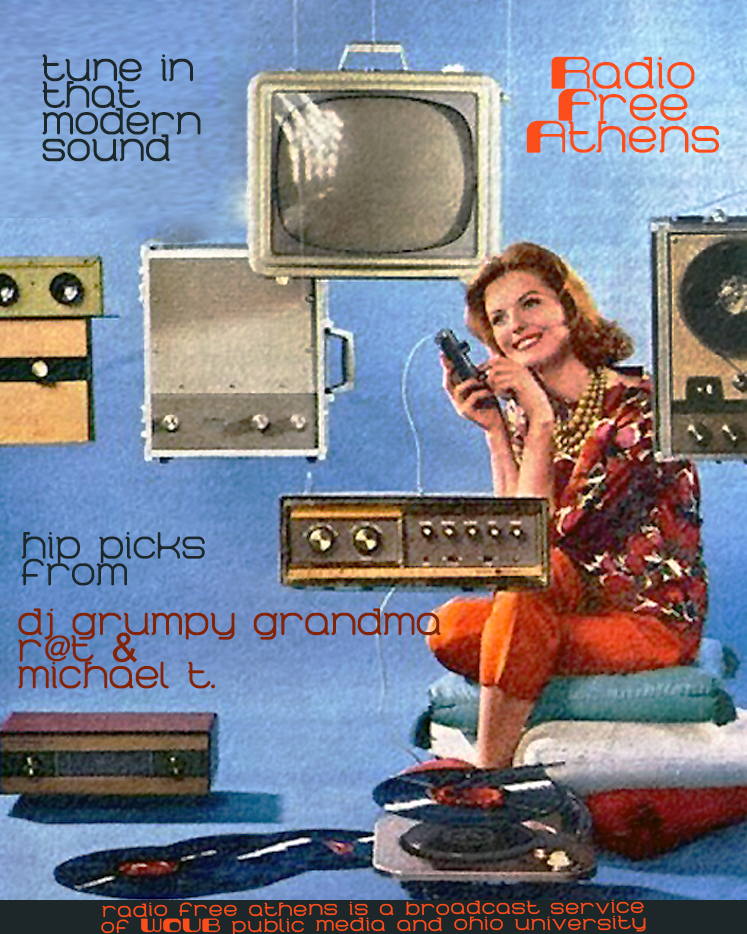 This week’s playlist was inspired by me wondering if a zebra ever changes its spots. Yes, I said spots. Sometimes things change and sometimes they don’t. Sometimes people learn and sometimes they don’t.
We can only hope that we do learn. If we don’t, we will be left with nothing to say to each other, be doomed to repeat our mistakes or just straight up be doomed. You stay sexy A-Camp, or wherever you are!
Tom Waits- Little Drop of Poison
Johnny Cash- God’s Gonna Cut You Down
Nirvana- Where Did You Sleep Last Night?
Led Zeppelin- Your Time Is Gonna Come
Buddy Guy- Lyin’ Like a Dog
Taj Mahal- Leaving Trunk
Allen Toussaint- Get Out of My Life, Woman
The Grateful Dead- Bertha
The Allman Brothers- One Way Out
Billy Strings- Dealing Despair
From DJ Grumpy Grandma
When I was a kid my dad rented out seasons of The Avengers from the library to watch with me — and yes, I wanted to be Emma Peele and I still want to be Emma Peele. R.I.P. Diana Rigg. (I guess I shouldn’t say I was a “kid,” I was probably 14 or 15, which is seeming more like “kid” territory the more I spiral into the uncertainties of my late twenties.)
I also somehow just learned about George Harrison’s “Crackerbox Palace.” George always reminds me that the concepts of humor and spirituality might be synonyms in some, only slightly abstracted, sense.
Also it turns out there is one Death Cab For Cutie song I actually like, “Crooked Teeth,” which the band released when Ben Gibbard was 28, just like me.
From Michael T.
It is difficult to fathom in the modern era, but once upon a time, when purely electronic musical instruments were first introduced, there was a question as to whether they made “real” music. This week’s list covers some of the artists and songs that both started, and then settled that debate. While purists still exist, it turns out that synthesizers, like rock and roll, are here to stay.