BARLOW, Ky. (OVR) — David Meinschein’s teachers, staff and students have sacrificed a lot this year amid the staggering challenges of the coronavirus pandemic.

He opens the door heading inside Ballard Memorial High School’s basketball gymnasium — known locally as the “Green Palace” for its school colors. The school’s emptiness is another reminder of COVID-19’s impact. But as assistant superintendent of his school district, he’s proud of the resilience his teachers, students and staff have shown. Meinschein thinks the pandemic could compare to another historic event.

Ballard teachers put together paper instruction packets for students when the governor urged school districts to swiftly move to distance learning in the spring. They’ve adapted to using online programs that for some were completely new tools to learn, doing their best to engage students through the screen of a Chromebook. And they’ve adapted yet again when Ballard County Schools recently decided to move to all-virtual learning, with too many other teachers quarantined to continue in-person classes.

Ballard County Schools, a district of about 1,100 students alongside the Ohio River, had an advantage in this pandemic that many rural districts throughout the Ohio Valley don’t have — widely available rural broadband internet. The many communities that lack reliable internet service face a greater risk of students falling behind.

“We just live in an age where you shouldn’t have to do that,” he said.

In a study from an internet service comparison site earlier this year, just 11 out of 120 counties in Kentucky were classified as covering 99% of their population with wired broadband. Those included Jefferson and Fayette counties — home to the cities of Lexington and Louisville — and Ballard County. The county’s local telephone cooperative built out a fiber broadband network to its rural communities, and it continues to expand it with the help of federal funding.

Meinschein said because of what he’s seen broadband do for his community, he’s more than supportive of bipartisan efforts to provide it in places where it’s lacking.

That’s just one area where President-Elect Joe Biden’s sweeping $2 trillion infrastructure plan could have a profound impact in the Ohio Valley region. Biden’s plan would not only invest in rural broadband but also fortify clean energy industries and shore up struggling water systems.

It’s a plan that Biden says will modernize the country, fight climate change, and create millions of jobs, drawing comparisons to the New Deal. Ohio Valley advocates hope it’s a plan, if realized, that will transform the region for the better. But the likelihood of a divided government, with Kentucky Republican Sen. Mitch McConnell retaining his majority leadership, means the new administration will need to find common ground to make that vision a reality.

Biden’s plan for rural America includes a $20 billion investment into building out rural broadband access, and would encourage cities and towns to create their own municipal broadband networks. But for Marty Newell, it’s not the dollar signs next to the broadband investment that caught his eye.

“The first sentence of that [campaign plan] part is, ‘broadband is essential.’ It’s not a luxury, it’s not something that it’s nice if you can get to folks. It’s essential to participate in the 21st century economy,” said Newell, who leads the Rural Broadband Policy Group at the Whitesburg, Kentucky-based Center for Rural Strategies.

Newell is also encouraged that Biden’s plan advocates for the Digital Equity Act, legislation that encourages education around how to use the internet and the opportunities it can provide. Newell said rural broadband is about more than just accessibility and affordability, it’s also “about making sure folks have the knowledge they need to take advantage of the tool.” 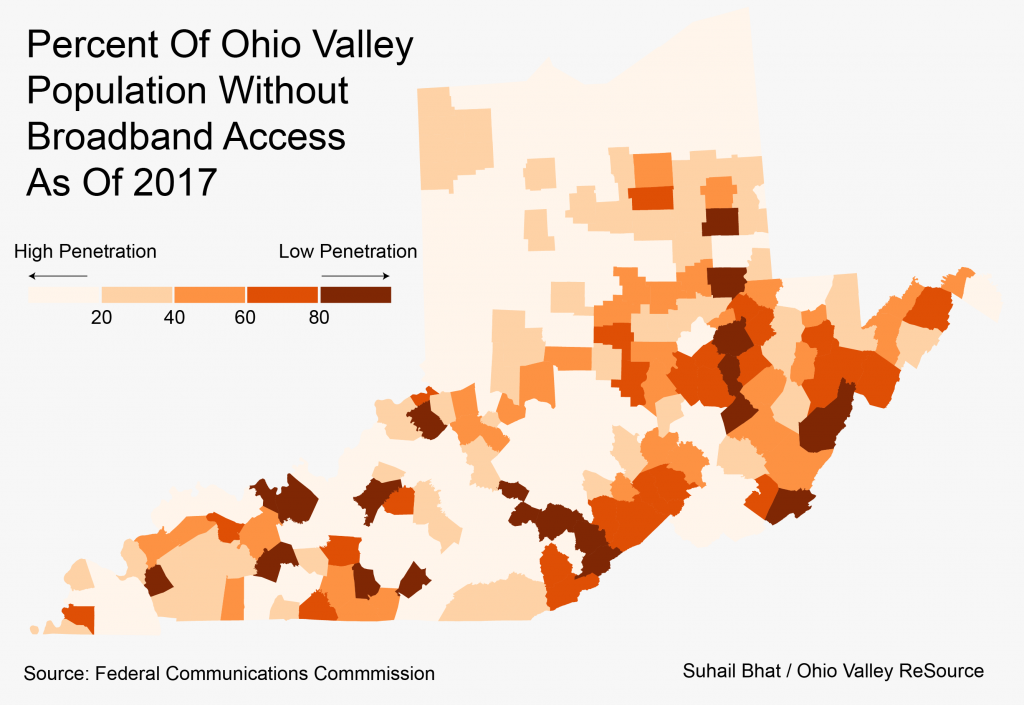 Biden’s plan compares broadband internet to how access to electricity spread across the country in the 20th century. Newell adds a personal comparison with the experience of his grandfather, a dairy and tobacco farmer from Mason County, Kentucky.

“Not everybody was convinced they wanted electricity. My grandfather adopted electricity because he saw that the milking machines, if they were electric, were a whole lot better notion than him doing it by hand.”

He said rural places fortunate enough to have broadband infrastructure may still face issues with affordability. The combination of dispersed customers and fewer providers can make internet access too expensive for lower income residents in areas that lack competitive service options. In Ballard County, for example, the community still offers wireless hotspots at churches and businesses for families of students who couldn’t afford the broadband that was already in place.

The Biden plan also calls for reform of the Federal Communication Commission’s Lifeline program, which offers broadband subsidies for those who can’t afford it. Critics have said the subsidies offered have been too little to make a significant difference for those in need.

“There is and will be sticking points about exactly how it happens. But it is not something that it makes any sense for any politician to oppose. You can’t oppose roads, you can’t oppose water and sewer,” Newell said. “Broadband is in that category now.”

Since the Ohio Valley ReSource first reported on the poor quality of water in Martin County, Kentucky, the county has become the prime example of a problem all-too common across the region: Aging water systems, a shrinking tax base, and a legacy of polluted waterways left behind by the coal industry.

Mary Cromer is the deputy director of the Appalachian Citizens’ Law Center, who also represents Martin County Concerned Citizens, a group that is a party in a series of cases by the Kentucky Public Service Commission investigating the local water district. Martin County residents have long suffered frequent line breaks and water shut-offs due the district’s dilapidated infrastructure.

Cromer believes an influx of infrastructure spending from the Biden administration would be critical for Appalachia. Without outside funding, advocates including Cromer worry the water systems like Martin County’s could fall further into disrepair.

A 2019 report by the US Water Alliance identified Appalachia as one of six “hot spots” in the country where access to clean water is lacking.

Cromer also pointed to the potential of the Water Justice Act introduced this year by then-U.S. Senator and now Vice-President-Elect Kamala Harris. Cromer said that legislation would not only include funding for income assistance to let people afford water but would also grant money that could help struggling water districts afford to make repairs to their system.

“They have to spend money on maintenance every month because the [Martin County] system is in such bad shape. So it’s just a dilemma,” Cromer said. “There is no real easy answer there other than we’ve got to have some assistance coming in to help the district get out of the hole.”

Ted Boettner sees an opportunity for the Ohio Valley in the Biden administration’s plan, one that hearkens back to a past investment made in the region — the Appalachian Development Highway System.

“This huge, large-scale investment in our highway system helped connect rural places in Appalachia to the outside world. And it’s had huge, enormous benefits over the last couple decades,” Boettner said. He’s a senior researcher at the Ohio Valley River Institute, a new think tank focused on the Ohio Valley region. “I think something along that scale is needed, where instead of connecting rural areas to metropolitan areas, we need to be able to connect into the clean energy economy.”

Boettner cited a study that showed the removal of the highway system would have taken away nearly $54 billion in revenue created from across the country, with $22 billion in losses coming from Appalachian counties. Boettner believes sweeping investment from Biden’s plan could now create a new economic transformation for the Ohio Valley.

The Biden-Harris clean energy plan calls for the country’s power sector to be carbon pollution free by 2035, while also cleaning up abandoned mines and brownfield sites. The investment would also prop up solar and wind industries, calling for the production of millions of solar panels and tens of thousands of wind turbines.

Another key aspect in the plan is that 40% of the overall investment would go to disadvantaged communities, which could directly benefit Appalachia.

“The transformation vision is embodied by the Biden plan, with its investments in renewable energy and energy efficiency, would actually be great for the valley,” Sean O’ Leary said, another senior researcher at the think tank. “We’re talking about industries that are way more labor intensive and a disproportionate amount of funding would come to our region.”

Both Boettner and O’ Leary agree a plan for a cleaner energy economy is likely to happen, but whether Biden’s vision will lead the way remains to be seen, especially with the likely prospect of a Republican-controlled Senate.

Boettner adds regardless of which vision takes hold, stakeholders in the Ohio Valley need to have a seat at the table to discuss a clean energy future.

“It’s going to require a huge amount of public investment to help transition our energy economy. And if that’s curtailed, because some senators do not believe that it’s the public’s role to invest in those things, this region could be way worse off moving into the future,” Boettner said, warning that it could leave more people in the region feeling left out and left behind. “That would have some real bad impacts on our democracy.”

The Ohio Valley ReSource is supported by the Corporation for Public Broadcasting and our partner stations.

Plan To ‘Reimagine Appalachia’ Touts Jobs, Justice and Sustainability For The Ohio Valley