The Battle for Control of America’s Highest Court – “Supreme Revenge” on FRONTLINE | Tuesday, November 24 at 10 pm

The bitter, partisan battle that played out during Brett Kavanaugh’s Supreme Court confirmation hearings reflected deep divisions in Washington that may seem unique to America’s current political and social moment. 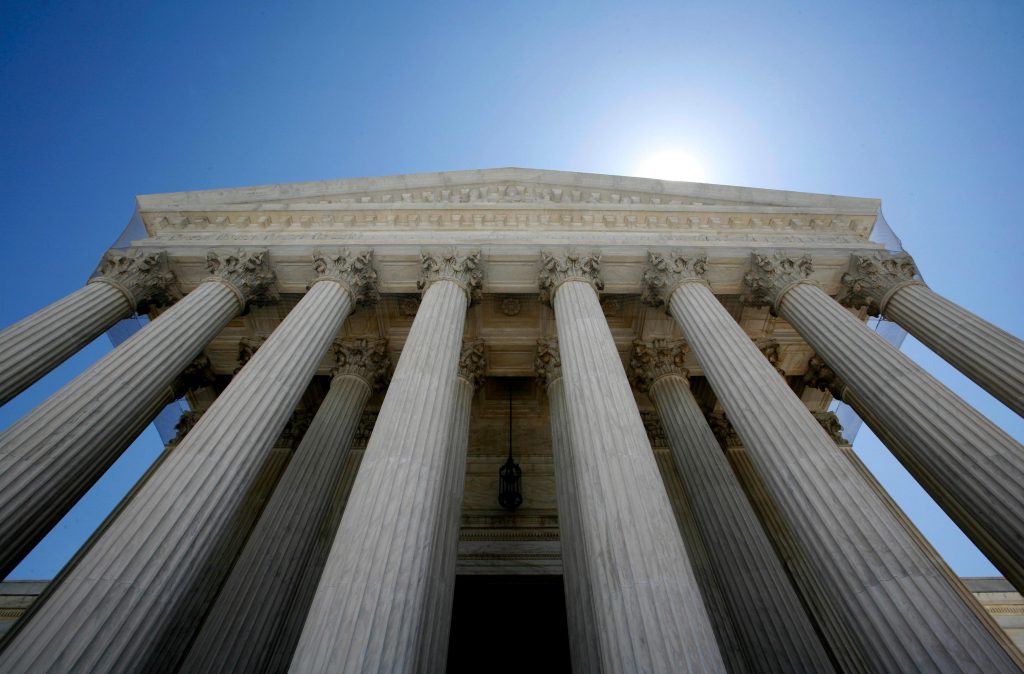 But as a new FRONTLINE investigation reveals, the intense politicization on display during the Supreme Court confirmation process — and the transformation of the Court itself — has been a shift decades in the making.

A central player, the film finds, is Senator Mitch McConnell (R-KY). For the Senate Majority Leader, the confirmation of Kavanaugh — despite Christine Blasey Ford’s allegation that Kavanaugh sexually assaulted her in the 1980s — was a crowning achievement in a career spent building a more conservative Court. It was also the culmination of a vow to retaliate for what McConnell saw as the unfair treatment of President Ronald Reagan’s Supreme Court nominee Robert Bork by Democrats back in the late 1980s.

“From Bork to Kavanaugh, our film tells the essential political history of how a 30-year-old grievance transformed the Court and turned confirmations into vehemently partisan conflicts,” says FRONTLINE filmmaker Michael Kirk.

Supreme Revenge begins by tracing how Bork’s failed nomination in 1987 sparked a desire for revenge from McConnell that would ultimately help shape the Court for decades to come. Alarmed by Bork’s record on civil rights and social issues, liberal Democrats launched protests, phone banks, and attack ads in an effort to prevent his confirmation. But to McConnell, then a first-term senator, and other Republicans, it was an unfair attack based on Bork’s conservative ideology.

“It was the first moment that you saw all-out war over a Supreme Court nominee,” Republican pollster Frank Luntz tells FRONTLINE. “It really was the first example of the politics of destruction of the modern era.”

As the film recounts, McConnell vowed that he and his Republican colleagues would retaliate. And they did: “The forces for Bork who suffered that very painful defeat didn’t give up, didn’t go home to sulk,” Linda Greenhouse of The New York Times tells FRONTLINE. “They went underground and built an infrastructure to create a new reality, a new reality for our judicial politics…”

Supreme Revenge explores the development of a key force in that new reality: the Federalist Society, a conservative legal group that has impacted legislative agendas across the country and become one of the most powerful players in Washington — where some say they played a crucial role in helping to get Donald Trump elected.

“I don’t think he would be president without that list,” Trump’s former campaign manager and chief strategist Steve Bannon tells FRONTLINE, referring to a list of Federalist Society-approved potential Supreme Court nominees that candidate Trump pledged to pick from, in a McConnell-supported  effort to win over skeptical conservatives.

Like so many of McConnell’s efforts involving the judiciary, it worked. The documentary traces how McConnell exacted his Supreme Revenge and built a more conservative Court over the years. He developed a playbook for decrying sexual assault allegations as political smears through the Clarence Thomas hearings. He prevented Obama nominee Merrick Garland from even receiving a confirmation hearing. And finally, the film explores how McConnell doubled down on supporting Kavanaugh as Ford’s testimony transfixed much of America and as Kavanaugh, who strongly denied her allegations, fought back using partisan lines of attack.

Offering both critical context on the state of America’s judicial system and a gripping political narrative, Supreme Revenge is a must-watch look at how McConnell and the Federalist Society have come to dominate the Supreme Court — possibly for long into the future.

Supreme Revenge – Battle For The Court | FRONTLINE | Tonight at 10