It’s been a sobering week. But it’s a new year, we’ve got a new president, and, dare I say, there are glimmers of hope on the horizon despite the darkness of the past few days. With that hope in mind, it’s time for not just a new poetry preview, but a new kind of poetry preview. Since 2012, I have had the great privilege of kicking off the year in poetry coverage for NPR with an article that looks ahead at the next 12 months of poetry books. As I began thinking about this year’s preview, I felt more than ever that contemporary American poetry is far too multifarious for just one person to cover.

What excites me most about poetry right now is the fact that the mainstream has come to encompass so many kinds of poets, that many voices are now being heard loudly and broadly thanks to an engaged and expanding community of publishers and of younger and older poetry fans who pass poems around the Internet like the latest news. I want the preview, going forward, to include books that might fall outside of my particular sensibility. And so I have invited some friends and colleagues to help me.

This year’s poetry preview features four poet-critics in addition to myself: Ana Božičević, Ken Chen, Evie Shockley, and Phillip B. Williams. These are poets whose work spans aesthetic, political, and emotional spectrums. They are also all brilliant and incisive critics, and together, we have curated a list of books that speak about and out of the many challenges that we have faced over the last several years — though that’s not to say these are not permanent and lasting books. The preview will appear in three articles, including this one, over the next few weeks, and all five of us hope it offers renewal and truth-telling at a moment when both are profoundly necessary.

So, without further ado, here is the first installment. 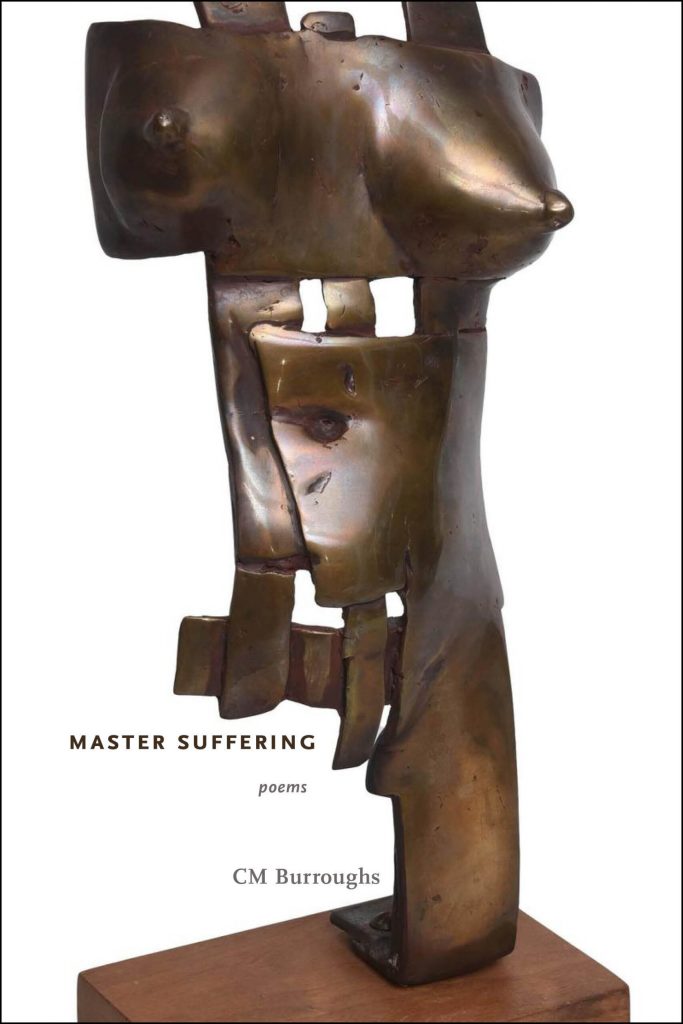 In Burroughs’s brilliant second collection of poems, power and subjugation, voyeurism and witness, misogyny and sexual autonomy combat and converse through fiercely honed and honest lyrics. Burroughs removes the mask of innocence and gentleness from beauty, allowing the truth about suffering’s reach to come forward. Memory is weaponized against the one who remembers in a series of poems called “Incident for the Forgettery,” and several “God Letter” poems question faith: “If I could think of Him as formless, all energy and myth,/ I could believe better.” There isn’t a single poem that misses, which makes it all the more devastating to get through each of these 36 impeccable lyrics. Burroughs seems to ask: How does one master suffering not only by experiencing it, but by embodying it? Darkly humorous and deeply erotic, she writes with great precision and profound implications: “… apertures of her legs listing for light, breasts banked by sweat. She knows what it tastes like to taste her.” “Master Suffering:” is this an address or a command? It is both, and signals the kind of emotional force Burroughs is able to wring from ambiguity, allowing power and suffering to blur. — Phillip B. Williams 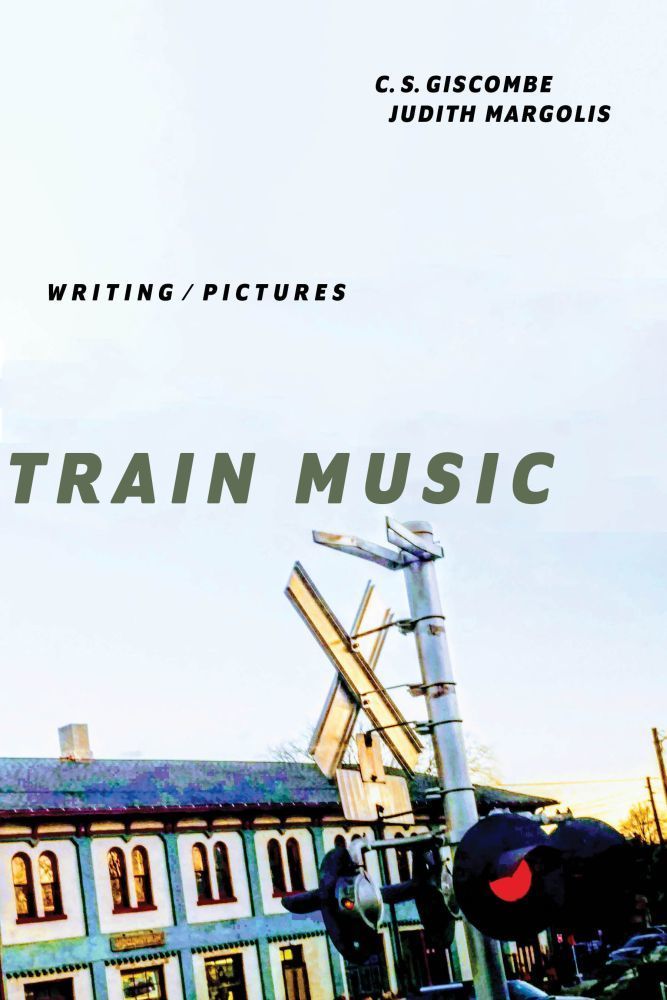 Most of us wouldn’t make time for a cross-country train trip anymore (least of all during a pandemic), but Train Music allows us to follow the verbal and visual traces of two artists who do. Poet Giscombe and visual artist Margolis, an Ohio-born “cold-water Negro” and a Jewish “New Jersey girl,” travel together the way the rails of railroad tracks do: They cover the same ground, but on parallel rather than identical routes. Giscombe’s poetry — a characteristically playful and profound excursion through the social life of language — moves with him from his sister’s home in Harlem back to his life as a Bay Area academic. For him, the three-day journey is not strictly linear; as they hit station after station, he shuttles back and forth between the past and present of race in the U.S., in song and poetry (“How you gonna win, when you ain’t right within? Ms. Hill had asked”); in railroad history and folklore (“Pennsylvania shout, boys!”). Margolis’s drawings pursue a different line of inquiry, as recurring images of female figures–now trapped inside a house, now sleeping beneath open windows, now dancing on the rooftop in a Chagall-like surrealist scene–carry her towards “learning to live alone with only the moon for company.” Between them, the artists pull us into a compelling encounter with this nation’s terrain and the spatial, relational nature of identity. — Evie Shockley 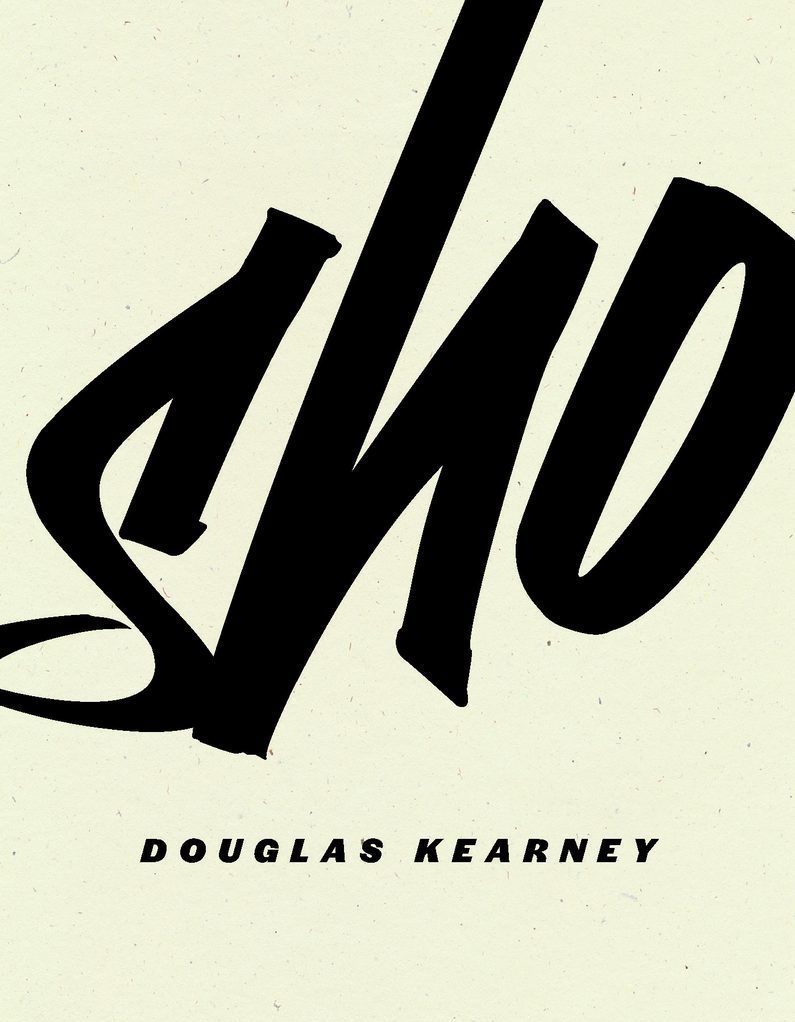 The title of Kearney’s new collection could mean three things: a performance (show), an affirmation (sure, spoken in Black vernacular), and to appear (to show up). The book is raucous theater, a party whose rhythms contain a meditation on what it means to have a body in public space. SHO explores Black masculinity, police killings, and Christianity, often interrogating race through the metonymy of skin. If we show our race, our seemingly most fateful attribute, on our skin, does that mean skin is actually one’s interior? This is just one of the book’s Zen koans, to use Kearney’s characterization of his poems. A poem about Black achievement envisions his own flayed skin levitating as a kite, a macabre vision of racial uplift.

Another piece about reparations calls the Black Power fist a “handout,” that slur against welfare benefits. A charismatic creator of performance and print, Kearney is a contradictory artist: He writes from the vernacular and hip hop, slang, sprung rhythms and song riffs, but also mutates English into an intellectually dense, artificial language no one could ever speak: “What it ends to be ‘End,’ but claims hella outsets;/ cants ever was from amnesia worksheds.” Underneath the seductive rhythms, this is poetry as permutations, a puzzling configuration of linked puns, homonyms, and polyvalent bursts, as dense as John Donne or that magician of diction, Haryette Mullen.

Avoiding voice, metaphor, and any whiff of epiphany, these poems elide the ego and present the self either as a lexical robot (superego) or magnetic meat, the ignoble body of the id. Kearney’s prosody is miraculous. Explosive double beats launch the lines or hit the break like a hi-hat. Slant rhymes suggest infinite puns, but Kearney sometimes downshifts from complexity and just cruises around the neighborhood. Formalism as syncopation and signification: I can’t think of another writer as gifted as Kearney is at sound. — Ken Chen

The recognition was long overdue when Sze won the 2019 National Book Award for his previous book, Sight Lines. This 500-page, career spanning retrospective is a fitting follow up, allowing readers to take in the full breadth of what Sze has achieved over ten collections published since the early 1970s. There are so many kinds of poems here, and so many truly extraordinary ones, that this work is tough to summarize briefly. Sze’s early work establishes his skill with poems that find spiritual resonance in imagery drawn from close and careful observation of the everyday: “To be still: watch a dog listen to sounds you cannot hear.”

In the middle books, Sze develops various kinds of loose sequences, chains of linked lyrics that meditate and vamp on various subjects. My favorite of Sze’s forms appears repeatedly in the later books: columns of single lines, each ending with an em-dash, like a bank of windows that open onto the sky, inviting questions: “in a past life, I played the clarinet in a marching band — / now the vault has cracked — / have we not meandered, bewildered, in a cloud forest? — “. This book is an overwhelming feast, a treasure, and more than enough proof that Sze is a major poet. — Craig Morgan Teicher

No Knowledge Is Complete Until It Passes Through My Body
Asiya Wadud, February

This poetry is filled with incantatory language and startling details; it ranges through history and the natural world, composing a compelling metaphysics of black diasporic womanhood. — Evie Shockley

Mphanza’s ambitious debut challenges the idea of a poem’s framework with gorgeously rendered centos and ekphrastic poems that breathe new life into the very ideas of composition, lyric, and witness: “To build the voice/ as an individual instrument.// To fashion a new air/ where breath becomes superfluous.” — Phillip B. Williams

Born in ’77 & raised in Croatia, living in Brooklyn since ’97, Ana Božičević is a poet, translator, teacher, and occasional singer. She is the author of Povratak lišća / Return of the Leaves, Selected Poems in Croatian and other books of poetry and translation. More at www.anabozicevic.com

Ken Chen is the author of Juvenilia, a winner of the Yale Poets of Younger Series, and is working on a book about visiting the underworld and encountering those sent there by colonialism.

Evie Shockley is a poet and scholar. Her most recent poetry collections are the new black (Wesleyan, 2011) and semiautomatic (Wesleyan, 2017); both won the Hurston/Wright Legacy Award, and the latter was a finalist for the Pulitzer and LA Times Book Prizes. Shockley is Professor of English at Rutgers University.

Phillip B. Williams is from Chicago, IL and author of the book Thief in the Interior (Alice James 2016). A recipient of the Kate Tufts Discovery Award, Lambda Literary Award, and Whiting Award, he currently teaches at Bennington College and the Randolph College low-residency MFA.

Craig Morgan Teicher is the author of several books, including The Trembling Answers, which won the 2018 Lenore Marshall Poetry Prize from the Academy of American Poets, and the essay collection We Begin in Gladness: How Poets Progress. His next collection of poems, Welcome to Sonnetville, New Jersey, will be out in April.