From Coal Miner’s Daughter to Record-Breaking Artist – “LORETTA LYNN: MY STORY IN MY WORDS”- March 4 at 8 pm

LORETTA LYNN: MY STORY IN MY WORDS

2021 marks the 50th anniversary of “Coal Miner’s Daughter,” the Loretta Lynn song that became a book, a feature film, and an indelible part of popular culture. Like so many other songs written by Lynn, the lyrics told the story of her life and spoke to women who struggled to make ends meet. Lynn’s simple, straight-forward song stories gave legitimacy to the joys, heartaches, struggles and triumphs of daily life. Taking viewers back to the time when Lynn hit the airwaves, this program follows the music icon’s rise to record-breaking artist, topping the charts with her fei 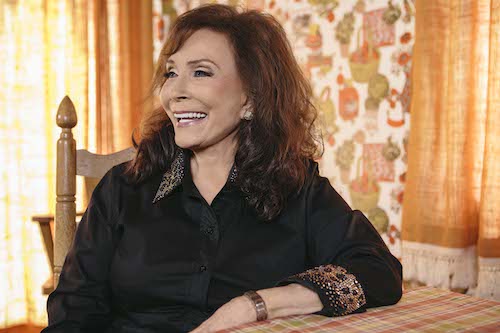 sty female anthems, including “You Ain’t Woman Enough,” ”Don’t Come Home A’ Drinkin’ (With Lovin’ on Your Mind)” and “Fist City.” Using archival and new audio interviews and classic performances, the documentary lets Lynn be the storyteller of her own remarkable life.

Loretta Lynn will release her 50th studio album (excluding her 10 studio duet collaborations with Conway Twitty), Still Woman Enough, which celebrates women in country music, on March 19, 2021 through Legacy Recordings. Long established as the undisputed Queen of Country Music, the American music icon has more than 50 years of recording and touring to her name. A self-taught guitarist and songwriter, Lynn was one of the most distinctive performers in Nashville in the 1960s and 1970s. She shook up Nashville by writing her own songs, many of which tackled boundary-pushing topics drawn from her own life experiences as a wife and mother. “Coal Miner’s Daughter,” “Fist City” and “Don’t Come Home A’ Drinkin’ (With Lovin’ on Your Mind)” are just three of 16 country No. 1 singles. 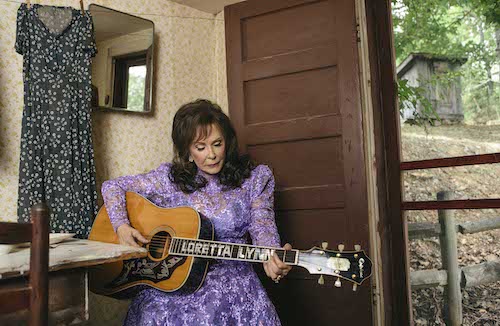 Lynn is also one of the most awarded musicians of all time. She has been inducted into more music Halls of Fame than any female recording artist, including The Country Music Hall of Fame and the Songwriters Hall of Fame, and was the first woman to be named the Country Music Association’s Entertainer of the Year in 1972. Lynn received Kennedy Center Honors in 2003 and a Presidential Medal of Freedom in 2013. In 2015, she was named recipient of Billboard’s inaugural Women in Music “Legend” Award. Lynn has won four Grammy Awards (including a Grammy Lifetime Achievement Award in 2010) and sold more than 45 million records worldwide.

Is the recent wave of severe weather across the U.S. a harbinger for climate change?